ASTANA – Kazakhstan and the United Kingdom are marking their 25th anniversary of cooperation this year with Kazakhstan’s sixth largest investor launching a new project to train prison officers, said U.K. Minister for Europe and the Americas Sir Alan Duncan. 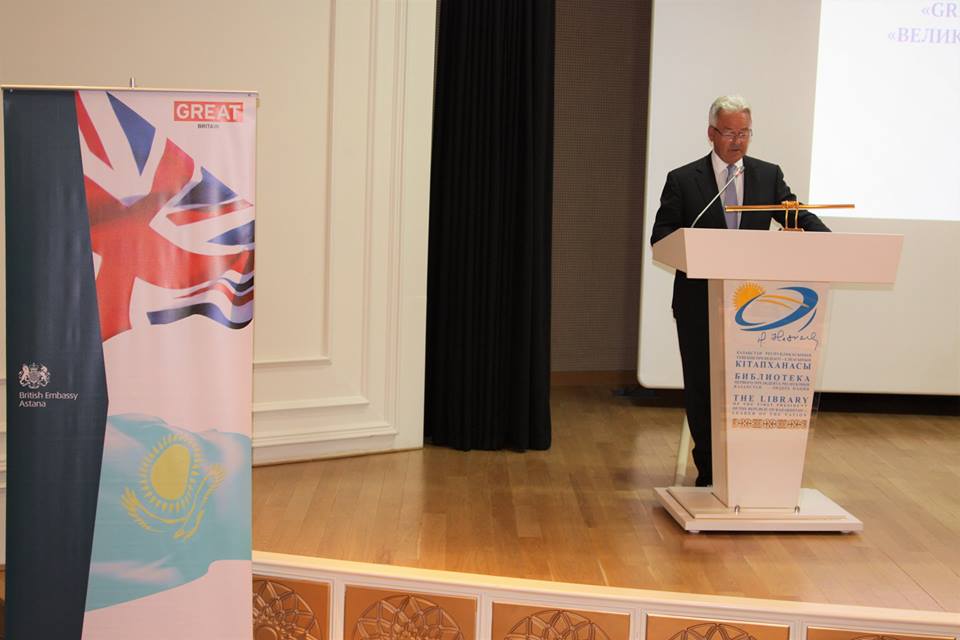 “I am pleased to announce today a U.K. investment of about $100,000 for a new project. NGOs will work in partnership with the Ministry of Internal Affairs and the Kazakh government and Anti-Corruption Agency to train prison officers to retain international standards in prisons, contributing to President Nazarbayev’s ambitious programme of reforms in the judicial and rule of law sectors,” said the British politician during the Aug. 31 event at the Nazarbayev Centre dedicated to relations between the countries.

Kazakhstan has made real progress in implementing human rights protection in accordance with internationally recognised standards, he added.

“And as you make even greater strives to secure an even more prosperous and ever more developed future for the nation, it is important to remember that the foundation of the future rests on the society, where human rights and the equality of all citizens under the law is guaranteed,” he added.

Training for judges was held two months ago.

“In June, the U.K. Law Society, in partnership with the Astana International Financial Centre (AIFC) and the Supreme Court of Kazakhstan, ran a training project to provide Kazakh judges with an understanding of the English Common Law system and rule of law,” he said.

Collaboration is increasing in a variety of areas, such as between the AIFC and the City of London, the famed financial centre in the British capital.

“I welcome Kazakhstan’s decision to use English Common Law as the basis for the financial centre,” he added. 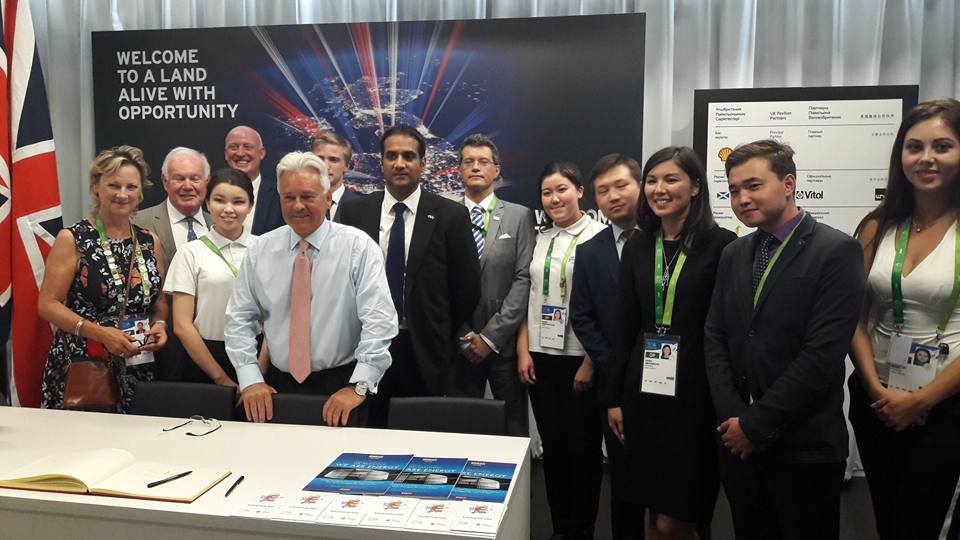 The U.K. is one of Kazakhstan’s largest partners.

“This year we are celebrating 25 years of diplomatic relations between Kazakhstan and the United Kingdom and I am pleased to say that today this relationship has never been stronger. It is the relationship that our leaders have recognised as an important one and so they strengthened our ties through engagement between our peoples,” he said.

The visit was the first for the U.K. official, who touched on several points during his speech, including the country’s departure from the European Union.

“The U.K. will continue to engage with the world,” he said. “We are leaving the European Union, but we are not leaving Europe. We also want to strengthen our relationship and build strong partnerships with countries such as Kazakhstan as we look towards the future.”

The U.K. will continue to work with its partners to find solutions to some of the world’s most complex challenges, he said.

“Our commitment to our extensive security cooperation with our allies remains solid. In this, Kazakhstan is a very important partner. Two years in the UN Security Council present Kazakhstan with a unique opportunity to play a major role in tackling serious security issues facing the world. It will allow the country to bring unique geographical, historical and cultural perspectives to the work of the council,” he said.

“The U.K. in the sixth largest financial contributor to UN peacekeeping. Some 700 British peacekeepers are deployed in six missions around the world. We are working together to sharpen that capacity through the Steppe Eagle peacekeeping training programme, which is the U.K.’s largest bilateral defence exercise. I eagerly await Kazakhstan’s first deployment on UN peacekeeping operations,” said Duncan.

The U.K. is one of the financial contributors in developing the IAEA Low Enriched Uranium Bank launched on Aug. 29.

“We really welcome Kazakhstan’s vital contribution in developing the Low Enriched Uranium Bank, which was opened this week. It will play an important role in ensuring that there is a safe, secure and assured source of low enriched uranium to generate nuclear energy for peaceful purposes,” he said.

The U.K. has invested more than $20 billion in Kazakhstan in its 25 years of independence and the nation remains an attractive market for U.K. companies. More than 500 British firms are registered in Kazakhstan, most working in the oil, gas and mining sectors.

“The expo shows that Kazakhstan is taking its place in the world. I hope it will open new doors and new opportunities for Kazakhstan, such as modern trading routes along the old Silk Road,” he said.