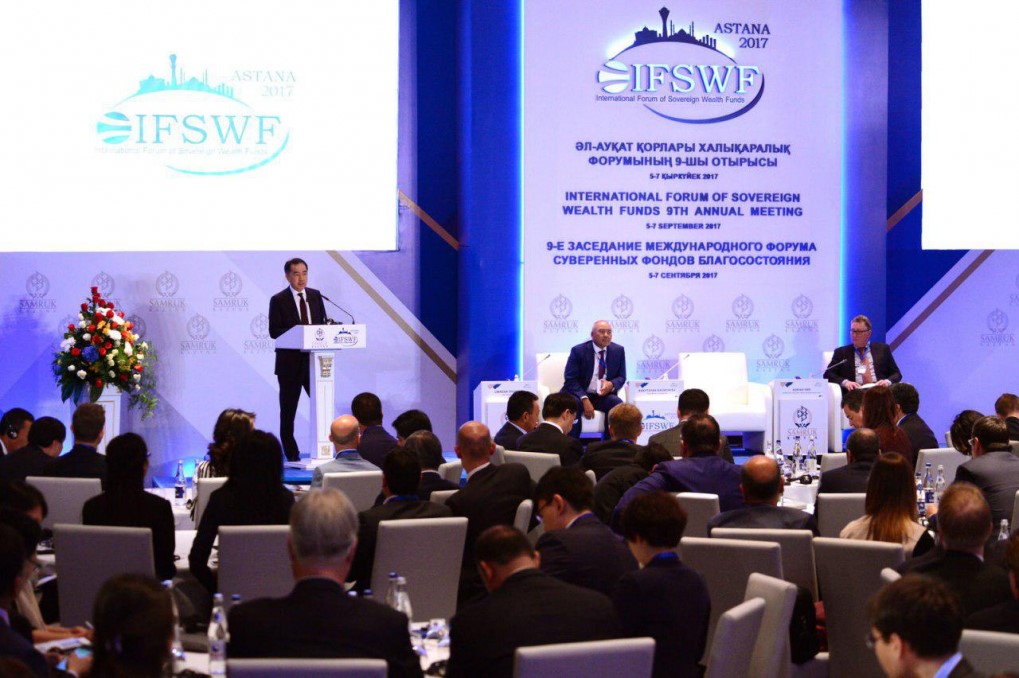 “Our policy was highly appreciated by the international community,” he said. “In the World Bank rating of favourable conditions for doing business, Kazakhstan took first place in the region and 35th in the world. We welcome investors and strategic partners and invite them to further exchange experience and mutually-beneficial cooperation. I hope that we all will have fruitful work on the way to defining new markets and horizons,” he said.

IFSWF, a voluntary organisation established in 2009, brings together 32 sovereign wealth funds from 31 countries with total assets of approximately $3.5 trillion. Samruk Kazyna has been an official member since 2014. 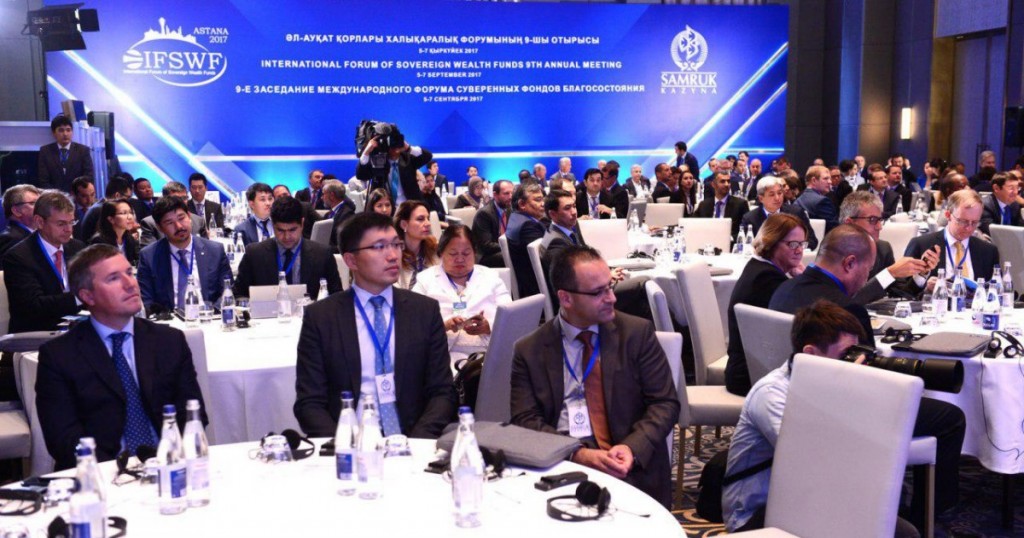 In an interview with The Astana Times, Samruk-Kazyna Public Relations Director Aidar Makhmetov noted the significance of the meeting by emphasising the key international guests and media in attendance.

“I would like to highlight – among our international information partners are CNN and Euronews and editor and host of Emerging Markets John Defterios is the moderator of the forum, who has especially arrived to interview representatives of Samruk Kazyna and other guests of the forum. All these interviews will be broadcast by the media; we didn’t pay a penny for this. It means that these processes under the management of our fund are interesting to foreign investors and this is a good factor for us, as this is a view from abroad,” he said.

International experts noted the importance of the forum prior to its start and Kazakhstan’s role as host, he added.

“We should be proud of this opportunity that has been entrusted to our country. This means our fund is moving in the right direction,” he said.

“CDP Equity, a holding company with a share capital of $3.5 billion, is aiming to boost the Italian economy by investing equity capital in companies of major national interest. CDP Equity’s majority shareholder is Cassa depositi e prestiti S.p.A. (CDP Group), which is controlled by the Italian Ministry of Economy and Finance,” noted the press release.

“The agreement establishes cooperation between the fund’s and the holding’s portfolio companies and leading Italian companies for creating new production facilities in manufacturing and agricultural industries in Kazakhstan. CDP Group owns shares of large Italian companies across various industries, including the manufacturing and agricultural fields. Under the first stage of the agreement, the Italian and Kazakh companies will look at the possibility of localising new productions using Italian technologies,” the statement added.

The agreement between Samruk Kazyna and GE Digital will jointly develop a road map “to execute a digitalisation strategy for Samruk Kazyna’s subsidiaries.”

“Deploying GE digital technologies would enable Samruk Kazyna’s businesses to forecast equipment health, minimising the risk of unplanned downtime by predicting and addressing potential issues in advance. The companies also agreed to evaluate possible localisation of Predix-based digital solutions – from edge to cloud – which would help nurture the developer community in Kazakhstan in partnership with the region’s leading universities,” said the press release.

The World Bank and Samruk Kazyna intend to collaborate by researching “key green projects in Kazakhstan and the Central Asia region. In addition, the sides plan to jointly engage in research work on Islamic finance to explore opportunities and challenges of this niche market segment in Kazakhstan and CIS (Commonwealth of Independent States) region,” read the statement.

Event organisers noted this year’s IFSWF annual meeting brought together more than 200 participants and sovereign wealth funds from more than 30 countries, including multilateral development and financial institutions and delegates from the international investment community.