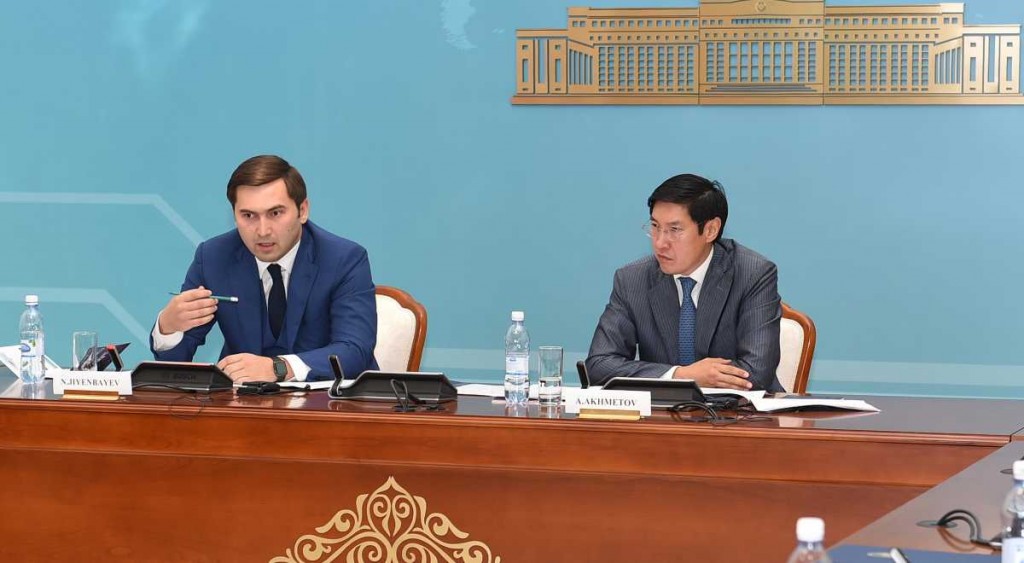 Established in March, Kazakh Invest works to promote investment activities in the country and attract foreign investors, particularly in the non-primary sectors of the economy.

The company’s work was at the centre of the discussion during an Aug. 25 government meeting chaired by President Nursultan Nazarbayev. He criticised the organisation, highlighting the lack of evident results despite its vast resources for achieving its objectives.

“Every year we talk about this. None of the projects with strategic investors in these areas has been implemented so far. We set up a special national company, Kazakh Invest, gave it the special status and opened representative offices in all regions. Half a year has passed and where are the results?” he asked.

Zhienbayev responded during an Aug. 29 Kazakh investment potential presentation for economic representatives of foreign diplomatic missions. He noted certain objective factors that affect the decision-making process among investors and subsequently the work of the company.

“The President’s criticism is appropriate. We are stepping up our work now. Many objective factors prevent investors from putting up their money. An unstable currency rate, the global political situation – all of this affects investors and their decisions. Some of them postponed for a year or two, although we were in close cooperation with these companies and they said they needed a break. That is the problem,” he said.

Yet some projects are well underway, he added.

“We are working on several projects now and I believe we will achieve positive results,” he said.

Kazakh Invest has offices in China, the U.S. and Turkey and plans to open ten more in other major destinations, including Paris, Frankfurt, New York, Shanghai, London and Dubai, where the company will be working to set up business contacts and identify areas of interest to foreign companies. It offers consultative support on issues related to implementing investment projects and organising meetings and visits to Kazakhstan for interested companies.