ASTANA – The first housing constructed under the Nurly Zher programme was commissioned in Aktobe, reported forbes.kz. 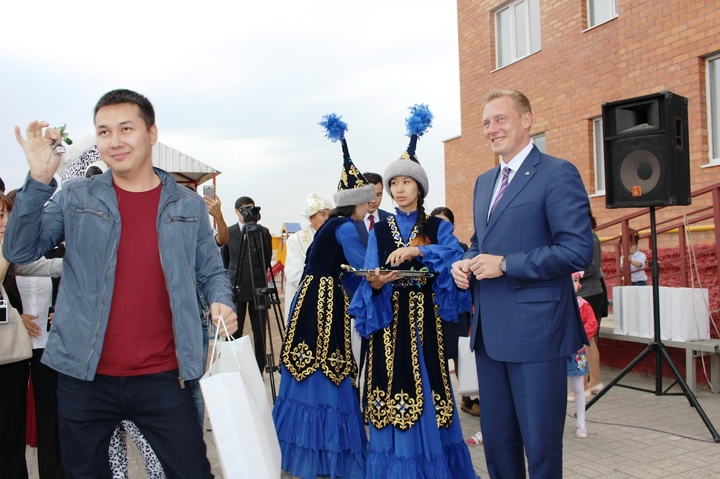 Sberbank, HCSB and Sollers agreed to sell 50 percent of the apartments to HCSB depositors. The 27 apartments will be provided to them at a fixed price of 140,000 tenge (US$413) per square metre. According to the document, the developer can sell the remaining units independently or offer them to HCSB clients.

Sollers received a 14-percent per annum interest rate subsidy under the Nurly Zher programme, 7 percent of which is subsidised by the Damu fund. The total area of the residential complex is 3,115 square metres.

“This project is an excellent example of effective cooperation between business, government agencies and banks,” said Kamalov.

“Thanks to the state programme, the housing construction sector and the mortgage lending market have begun showing positive dynamics. We, for our part, will continue to participate in the programme and in the near future we plan to finance developers in Kyzylorda and Uralsk,” he added.

Ibragimova talked about the scope of the project.

“The programme provides for many directions designed to improve the living conditions of our citizens. One of them is the stimulation of housing construction by private developers. Today, the first house was commissioned within the framework of this direction and the bank depositors are among the new settlers. We will hear such positive news more than once. The bank plans to introduce more than 12,000 apartments and about 350 private houses by the end of the year,” she said.

Sarkulov noted the housing programme is not the first backed by the fund.

“To date, the Damu fund has already subsidised two developers. These are Sollers and Altyn Shar West from Astana. Thus, we expect the commissioning of another residential complex of 20,000 square metres in Astana in the near future. Altyn Shar is located near the EXPO 2017 pavilions. The complex will feature children’s and sports grounds, comfortable sidewalks and driveways, covered parking and commercial and office premises. Now there are 24 more developers’ projects in the second-tier banks, of which five have already been approved. Interest of developers in the Nurly Zher programme is visible, which, of course, will have a positive impact on the final cost of housing,” he said.