By Aigerim Seisembayeva in Nation on 1 September 2017

ASTANA – The Consultative Advisory Body (CAB) of the Dialogue Platform on Human Dimension discussed during its Aug. 28 meeting Kazakhstan’s fulfillment of UN conventions and other civil issues. 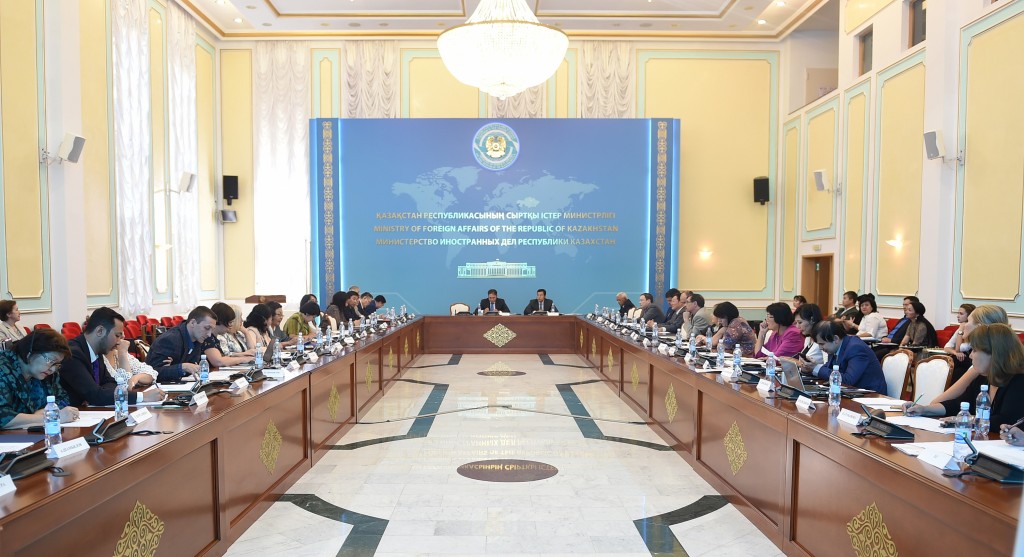 Government and nongovernmental organisation representatives as well as diplomats from various observer missions met at the Ministry of Foreign Affairs to discuss implementation of the provisions of the UN Convention against Torture and Other Cruel, Inhuman or Degrading Treatment or Punishment, as well as the UN Convention on the Rights of Persons with Disabilities. The discussion noted progress, such as reductions in mortality and illness in jails and the immediate launch of investigations upon receipt of torture allegations. The meeting also addressed remaining challenges, such as the lack of professional psychologists at the Kazakh Ministry of Justice to assess mental suffering that could be regarded as torture.

Participants also discussed the new draft tax code regarding taxation of non-profit organisations and ways to improve the tax code to avoid legal conflicts. They also discussed unifying the terminology and facilitating the functioning of non-profit organisations. These institutions, according to the meeting participants, are important to Kazakhstan’s effort to become one of the world’s top 30 most-developed nations.

Deputy Foreign Minister Roman Vassilenko, who chaired the meeting, also noted the importance of the CAB to Kazakhstan’s development and fulfillment of international obligations.

“Over the years of our collaboration, the CAB has proven itself an important means of open and constructive dialogue between the representatives of the parliament, governmental bodies and civil society. We are willing to continue using our platform’s potential to reach our common goals and tackle the issues that Kazakhstan is facing today on the entire spectrum of the human dimension, including within international commitments,” said Vassilenko.