By Aigerim Seisembayeva in International on 18 September 2017 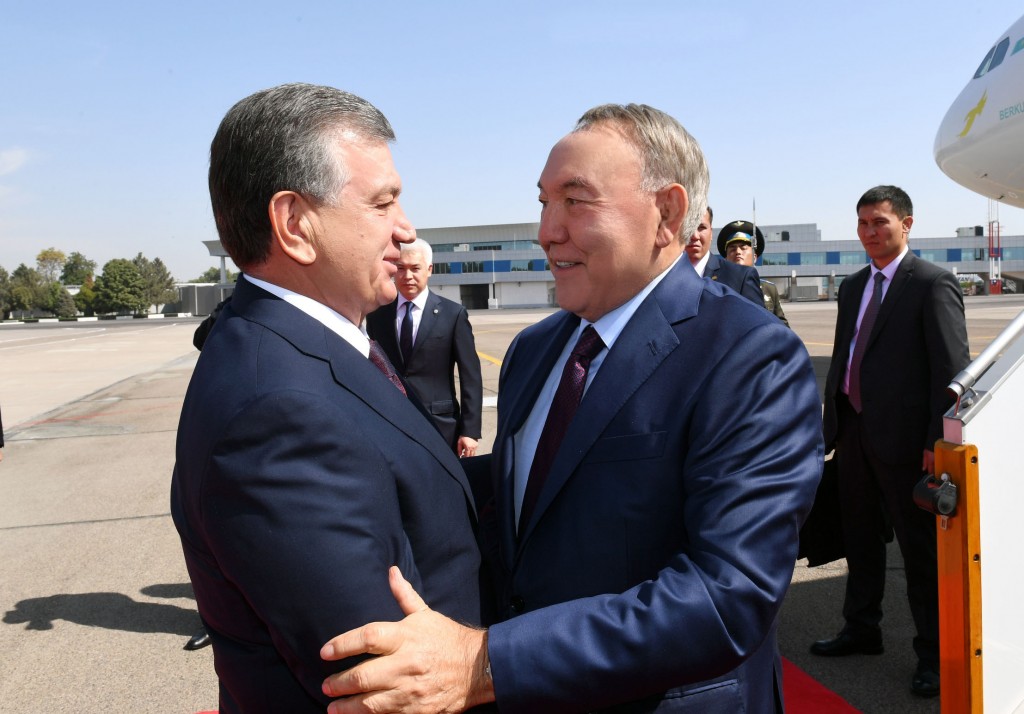 The Kazakh-Uzbek documents are meant to enhance cooperation in trade, economy, investment, water and agricultural issues, customs legislation, transit and transport, as well as military and culture. Agreements, roadmaps and memoranda of understanding were signed between the ministries, neighbouring regional administrations and railway companies.

“This year can be called truly historical for the relations between our two countries. There has been a considerable breakthrough in all the spheres of the economy. This is our sixth meeting, which is a testimony of friendly intentions between the two brotherly countries,” said Uzbek President Shavkat Mirziyoyev to open the meeting.

Nazarbayev highlighted Uzbekistan’s special role in the region and stressed Mirziyoyev’s merits in boosting business cooperation between the states.

“Over a short period of time, you have done a lot for the successful development of bilateral relations. Our meetings helped us solve many urgent issues. We have much in common – our languages, culture, religion – and therefore we have no other way but to cooperate closely. For effective interaction, we need concrete action and real mutual support,” he said.

During a media briefing, Nazarbayev spoke about the results achieved in strengthening transport sector cooperation.

“We are already witnessing the results of our agreements. For instance, a Tulpar-Talgo high-speed train travels between Almaty and Tashkent twice a week. Our national air carriers have launched additional flights between our capitals and soon flights will be launched between other cities. There are regular bus routes. Reconstruction of a large interstate road is underway. Two checkpoints were opened on the M-39 motorway. A car assembly project has been launched as well,” he noted.

He added Uzbekistan’s decision to reduce excise taxes on certain types of imported goods was a positive step towards enhancing trade cooperation, resulting in a 35-percent increase in bilateral trade in the first seven months of this year. The task, according to Nazarbayev, is to increase trade turnover to $5 billion by 2020. That would represent a growth of almost three times compared to last year’s figures.

The sides also agreed to implement up to three major joint investment projects, instructing their governments to work out new gas projects that would benefit both countries.

Nazarbayev noted the importance of holding an interregional cooperation forum on a regular basis and jointly developing the space industry. The leaders also had a thorough discussion of water issues.

“This issue is extremely important for the entire Central Asian region. Central Asia’s trans-boundary water resources are a common property and a blessing of all the peoples of the region,” he said.

The Kazakh head of state then spoke about the results of the Aral Sea discussion.

“Next year is the 25th anniversary of the International Fund for the Aral Sea (IFAS). Today, it is the only interstate mechanism for solving the Aral problem. In this regard, we agreed on the need to revive the fund. In particular, we intend to hold a summit in 2018 to discuss the solution of our common problem,” he said.

The two leaders also addressed multilateral cooperation, including within Kazakhstan’s membership in the UN Security Council.

“We have exchanged views on security issues in the region due to the situation in Afghanistan. We’ve discussed the results of the Astana Summit of the Organisation of Islamic Cooperation (OIC) on science and technology, as well as Uzbekistan’s initiative to host the second OIC summit of this kind,” said the Kazakh President.

Nazarbayev also pointed to the importance of developing cultural and humanitarian connections.

“Our close cultural and humanitarian ties are an important factor of friendly relations. We agreed to hold the Year of Uzbekistan in Kazakhstan in 2018. The Year of Kazakhstan in Uzbekistan is also on the agenda. Various events will be held to promote an even closer rapprochement of our fraternal peoples,” he said.

The President praised the results of his visit, noting they would serve to further strengthen ties and partnership based on traditional good-neighbourliness, friendship and trust.

“We adopted a joint statement of the heads of state of Kazakhstan and Uzbekistan. The governments signed a number of bilateral documents aimed to further develop Kazakh-Uzbek relations and cooperation,” he said.

Mirziyoyev noted Nazarbayev’s role in resolving interethnic and inter-regional conflicts and awarded him the El Yurt Hurmaty (Respect of the People and the State) Order “for the great merits in deepening and expanding traditional relations of friendship and strategic partnership between the two states, as well as strengthening international cooperation in the name of peace and progress.” Nazarbayev thanked Mirziyoyev and all the Uzbek people for such a significant award, adding it is a great honour for him.

The two leaders also participated in the ceremony to lay flowers to the monument of independence and humanism, visited the Tole bi Mausoleum and the “Uzbekistan-Kazakhstan: a new stage of cooperation” industrial exhibition, where they became acquainted with products from more than 50 Kazakh manufacturers. They also laid flowers at the monument to former Uzbek President Islam Karimov. 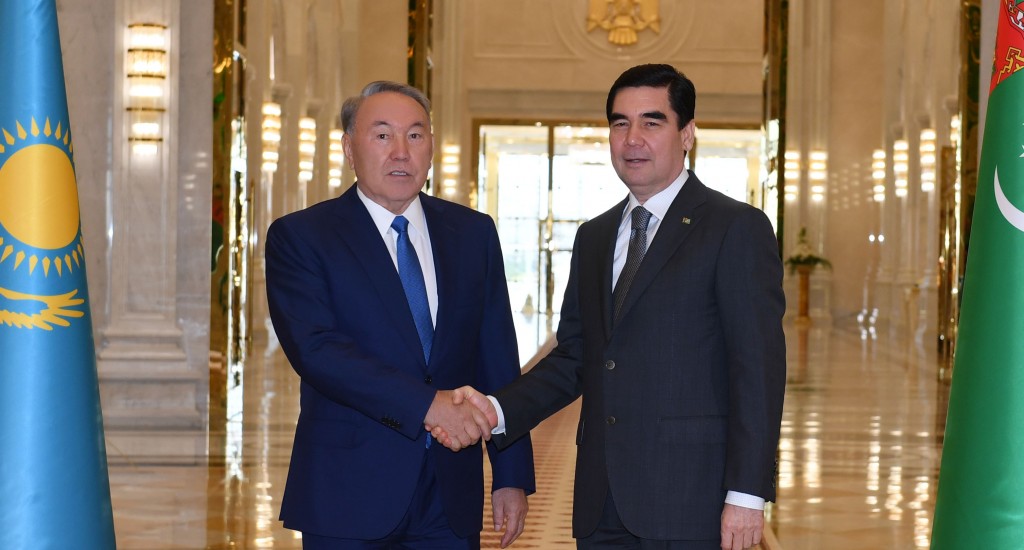 “It is our common holiday – a holiday of all Central Asian countries. It is an indicator of our solidarity and cohesion. Representatives of 64 countries are taking part in the games. At the request of the United Nations, the games include a team consisting of refugees that is participating as a 65th country,” said Berdymukhamedov.

He also congratulated his colleague on EXPO 2017’s excellent organisation.

Nazarbayev noted the importance of hosting events like AIMAG.

“I congratulate you on the holding of these Asian games. Many sports facilities have been built here, which in the future will serve your people well. Such events make it possible for Turkmenistan to become more recognisable in the world. This year, Kazakhstan also held a large-scale sports competition – the 28th World Winter Universiade. Holding major international events in our region is of great importance,” he said.

The President also stressed the significance of fraternal relations with the neighbouring nation and the need to further develop bilateral cooperation.

“A lot has been done since your visit to Kazakhstan; an interstate commission is now functioning. I think we have good prospects in the economic sphere. I came to you from Uzbekistan, where I was on a state visit. We have resolved many issues: cross-border cooperation, excises, taxes and transportation tariffs. We have witnessed an increase in trade between Kazakhstan and Uzbekistan; this year it grew 35 percent. I hope for such an extension of relations between our countries as well,” he said.