Kazakhstan to issue Sukuk worth $300 million next year

By Staff Report in Business on 15 September 2017

ASTANA – Kazakhstan will issue Islamic independent bonds, or Sukuk, worth $300 million next year, according to the announcement of Kazakh President Nursultan Nazarbayev during the recent ceremony of Global Islamic Finance Awards in Astana. 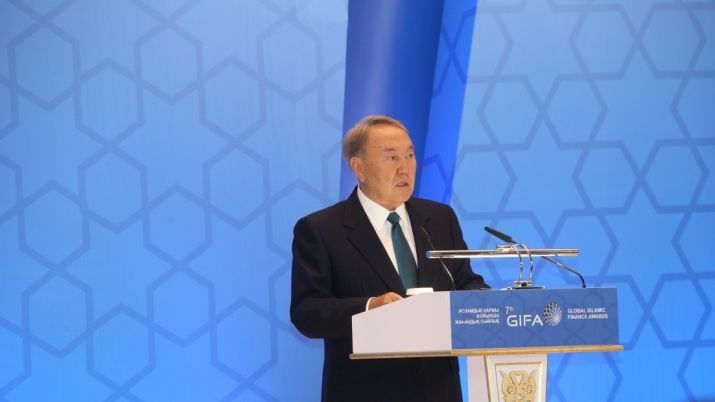 According to the President, a number of Islamic financial institutions operate in Kazakhstan in the sphere of bank insurance and leasing.

“Upon my initiative, the first Islamic bank Al Hilal was established in Kazakhstan. In 2012, the Development Bank of Kazakhstan issued Sukuk Islamic bonds for the first time; currently it has successfully sold bonds in the amount of 240 million Malaysian ringgits (US$57 million). In 2018, it is planned to issue state Islamic independent bonds Sukuk worth up to $300 million,” said Nazarbayev.

He also said Kazakhstan cooperates with the Islamic Development Bank.

“It is our main and strategic partner in the development of Islamic financing and banking. Today, 23 projects worth $500 million have been implemented from Kazakhstan’s bank loans, and another 12 new projects worth $900 million are planned to be implemented,” added Nazarbayev. “Today’s award ceremony will identify the leaders of different areas of Islamic finance, which will contribute to the further development of financial services. I express gratitude to the founder of the global award for the decision to hold a ceremony in our country,” he stated.

Nazarbayev won the 2014 global leader in Islamic finance award. This year the award went to the President of Djibouti, Ismail Omar Guelleh.