By Dana Omirgazy in International on 5 September 2017

ASTANA – With the new government of South Korea, Astana and Seoul have greater momentum to expand relations. This year, dealings between the countries have intensified significantly thanks to EXPO 2017, said South Korean Ambassador and Korean pavilion commissioner Kim Dae-sik in an interview with The Astana Times. 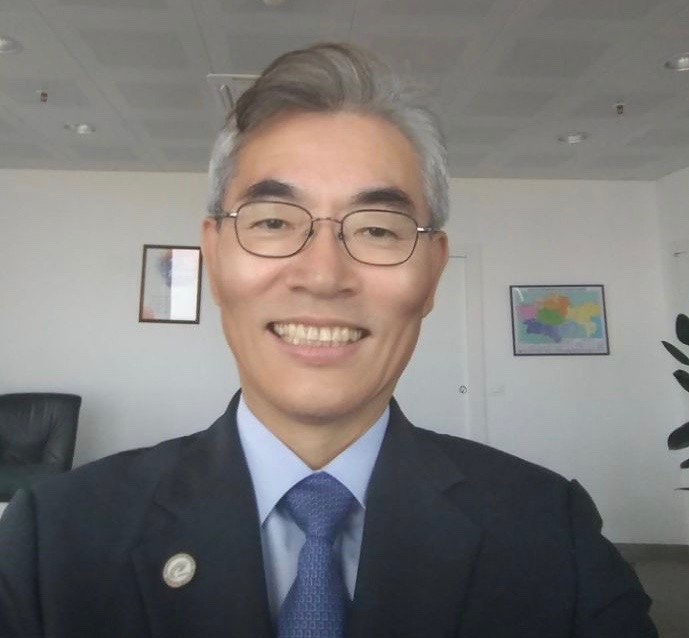 The relations between the countries have been developing rapidly in all areas during the past 25 years, he noted.

“Since the establishment of diplomatic ties between the countries in 1992, our cooperation has been developing well. In 2009, we became closer as strategic partners. As clear evidence, we opened the consulate general in Almaty and a cultural centre in Astana. It is not a common case in every country. There are several Korean institutions and centres supported by public finance in Almaty and Astana,” said Kim.

Cultural and educational activities organised by Korean centres to familiarise local citizens with Korean culture always gather a large number of visitors. The ambassador believes the interest reflects the closeness and friendship of the nations.

“This close relation and friendship somehow was initiated by understanding of President Nazarbayev himself. He really has a very strong and positive image of Korea. He always mentions that Korea is one of the countries Kazakhstan should learn from. Nazarbayev has made five state visits to Korea since 1992. His attitude toward Korea became the locomotive to make our relations closer. People of both countries also became closer,” he said.

He expressed his appreciation for the Kazakh government’s strong support of Seoul’s policy toward North Korea.

“It is very important for our security as North Korea makes a provocation by firing missiles or making nuclear tests. In addition, the Kazakh government issued a statement in which it very strongly condemns North Korea’s actions. Kazakhstan voluntarily abandoned nuclear weapons in 1993. As a global leader, your President showed a very good example of making a world free of nuclear weapons,” he told the paper.

From an economic point of view, Kazakhstan is the most important partner for South Korea in the Central Asian region. The country is also considered to be the biggest destination for investments.

“Your government announced that Kazakhstan is set to be a hub for transport and logistics connecting Europe and Asia. This is, of course, a very good direction because of Kazakhstan’s location in Central Asia. It is a good strategy. If such an idea is implemented, a greater volume of Korean products can be moved through this route,” said Kim.

Tourism statistics indicate 34,000 Kazakhs visited South Korea last year and 28,000 Korean tourists came to Kazakh cities. Introduction of a visa free regime between the countries at the end of 2014 was followed by a rapid increase in tourist flow.

“The Astana expo provided a great venue to intensify our relations. Many Koreans visited Astana this year. The Korean pavilion is the biggest one with the biggest number of cultural events organised throughout the three-month period. Expo is a festival; everybody goes there to look at advanced technologies. For the success of the festival of our friend, we have tried to be the most active pavilion. We have been holding about 250 performances and we try to show our friendship and showcase our achievements in renewable energy for citizens of Kazakhstan and other countries,” he said.

“In July, we celebrated Korean National Day with numerous forums and seminars. One of them was organised by ethnic Koreans. At that forum, business people from the two countries discussed ways to develop cooperation,” he added.

This year, Korean diaspora are celebrating their 80th settlement year in Asia. The Korean diaspora in Kazakhstan includes 107,169 people, according to 2016 statistics. They grow as excellent Kazakh citizens and are a very good bridge to connect Kazakhstan with Korea, noted Kim.

“As a new ambassador, I have very strong motivation and will to further promote our relations. I have big hope and I believe that our future is very bright. I will really try to expand our relations further. Economic cooperation implies cooperation not only in conventional energy, that is oil and gas and construction, but also in many other areas such as the IT sector, health and medical areas, education, human resource development, e-government, and small- and medium-sized enterprises,” he said.

South Korea has also been demonstrating a strong commitment to renewable energy and the pavilion highlights 10 key technologies. Korea is also trying to promote renewable energy sources as much as possible and Kim believes the countries have good potential for win-win cooperation in the field.

“Kazakhstan has set a target to generate up to 50 percent of energy from renewable and alternative sources by 2050 and started the Green Bridge Partnership Programme in 2011. This is a very ambitious target. South Korea also aims to generate 20 percent of its electricity with clean, renewable energy by 2030,” he said.

He also shared his impressions after visiting the host nation’s pavilion.

“I saw every aspect of Kazakh culture and the way of life of Kazakh people. I like Kazakhstan’s idea of future energy,” he added.

Nazarbayev visited the Korean pavilion Aug. 26. The Kazakh President, who made a state visit to Korea last November, stressed the deep ties between the countries and thanked everyone in the Korean language.

The Korean pavilion welcomed its 400,000th visitor this month. As expected, the number of visitors will reach half a million people in early September.