Jackie Chan says he wants to make film in Kazakhstan

ASTANA – Chairperson of the Kazakhstan Television and Radio Company Yerlan Karin recently announced that Chinese actor and star of American cinema Jackie Chan plans to make a movie in Kazakhstan. 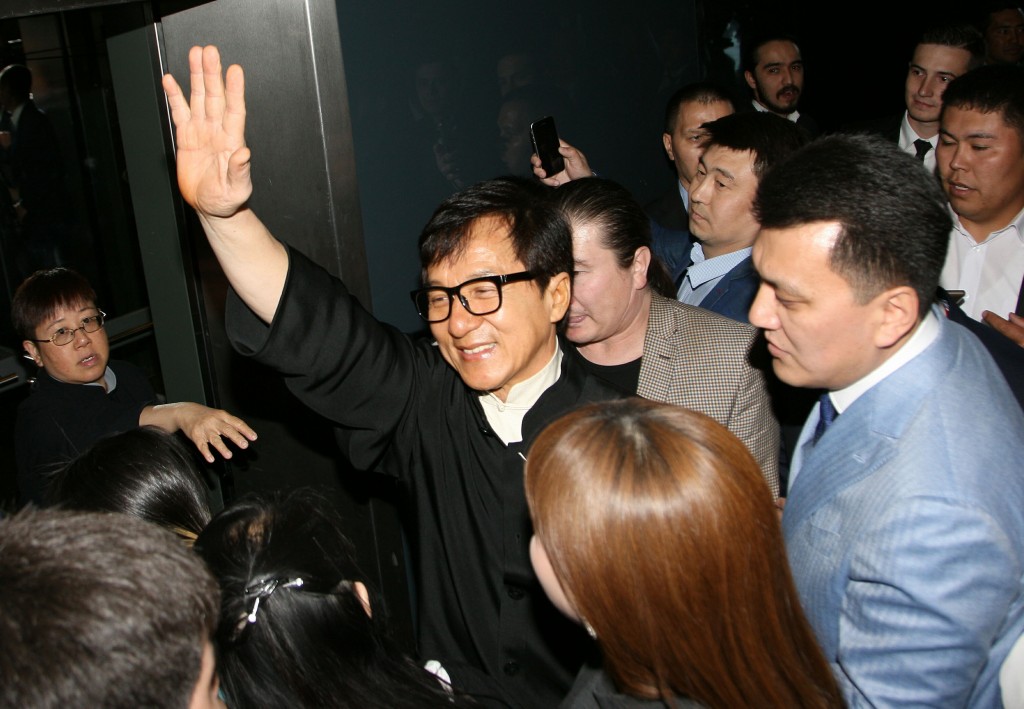 “After his trip to Astana, Jackie became even more fired up by the idea of ​​filming one of his films in Kazakhstan. He even told me about one of his ideas. And he again shared his impressions of the trip to our country. He said that he was amazed by the views of Astana, the hospitality of Kazakhstan people and the kind attitude of his fans,” said Karin.

Chan took part in the Kazakh-Chinese Film Festival. His visit was organised by Kazakhstan Ministry of Information and Communications and Chinese partners of the festival and was dedicated to EXPO 2017.

Astana Akim (Mayor) Asset Isekeshev met the 63-year-old actor at the airport and noted that public money was not used to fund Chan’s trip. The actor was not paid any fees and flew to Kazakhstan in a private plane. He did not provide any riders, refused the service of a luxury car and asked for an ordinary minivan to see the city with his associates. Local Astana restaurateurs were excited to see the actor and refused to receive payment from him.

It was planned that Chan would stay in Kazakhstan for a couple of days, but he couldn’t because of his schedule. He said that he liked the country and promised to come again soon.

“More than 10 years ago, the Kazakh Ambassador in Hong Kong once told me about all the rich resources that Kazakhstan possesses. And five years ago, the ambassador told me about the country again and I always had a dream to come to the state and film here. Unfortunately, I had a lot of work to this day and this dream has not been realised. In the future, I plan to come to Kazakhstan again and do it,” Chan said.

He also said that he was impressed by Kazakhstan’s natural environment.