By Ilyas Omarov in Sports on 7 September 2017 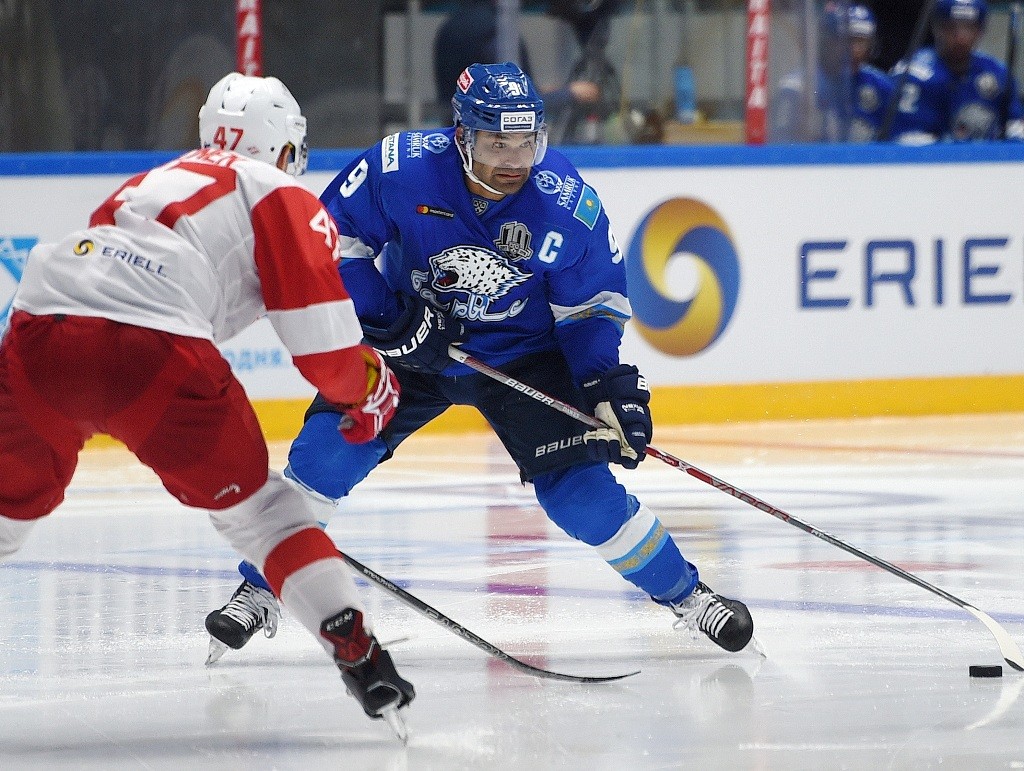 The Snow Leopards (the team’s name translated from Kazakh) opened Aug. 24 with a win against HC Spartak Moscow. The victory came with a low “football-type score” of 2-0. The hosts backed down, however, against HC Dinamo Riga. Barys lost initiative early in the match and was unable to overcome the 5-3 deficit.

In the third game, the capital team defeated HC Severstal Cherepovets in a bitter struggle. Severstal was losing 3-1, but gained the strength to even the score. Three minutes before the end of regular time, however, Barys captain Nigel Dawes scored the winner for the 4-3 final.

The heat of the struggle remained when the team met rival HC Torpedo Nizhny Novgorod. The match was interesting to the public and pleasing for the hometown fans, with their favourite team winning 4-2.

Barys then took to the road with matches against Magnitogorsk, Ufa, Riga and Podolsk, beginning Sept. 3 against HC Metallurg Magnitogorsk. Fans of the Kazakh team still had fresh memories of the last playoffs. Although Barys deserved to win at least two matches of the series, the team was eliminated in just four games.

In the early minutes of the match, Barys was more active. Their eminent rivals were at times lucky and by the middle of the game were winning 2-0. Barys captain Nigel Dawes bagged a brace, helping the roasters escape defeat in regular time. As a result, the winner was determined in the shootout, where the team from Magnitogorsk was more fortunate.

The Sept. 5 game in Ufa against HC Salavat Yulaev was a real thriller. Barys managed a fantastic comeback with three goals scored in the last minute of the third period, a new record in the league’s history. The flurry brought them a rare 5-3 victory against one of KHL’s regular favourites.

HC Barys is now in third place in the KHL Eastern Conference, trailing the surprise early leaders, China’s HC Kunlun Red Star, by only one point.

The special commission which determines the championship’s best players announced the tournament’s second week winners in four categories. The honourable ranking included Dawes, recognised as best striker. Dozzy, as his fans call him, scored seven (five plus two) points in three games, the best score in the league that week.

The week was also marked by the debut of 24-year-old defender Darren Dietz, who after five games is the leader among attacking defenders and took fifth place on the KHL general scoring list with three goals and four assists. His most important goal in the match against Nizhny Novgorod was recognised as the third most beautiful goal of the week.