By Staff Report in Business on 13 September 2017

ASTANA – The Kazatomprom national atomic company will complete a feasibility study by the end of this year before deciding whether to move forward with a planned nuclear power plant, announced Energy Minister Kanat Bozumbayev at the Sept. 7-8 Kazenergy Eurasian Forum in Astana. 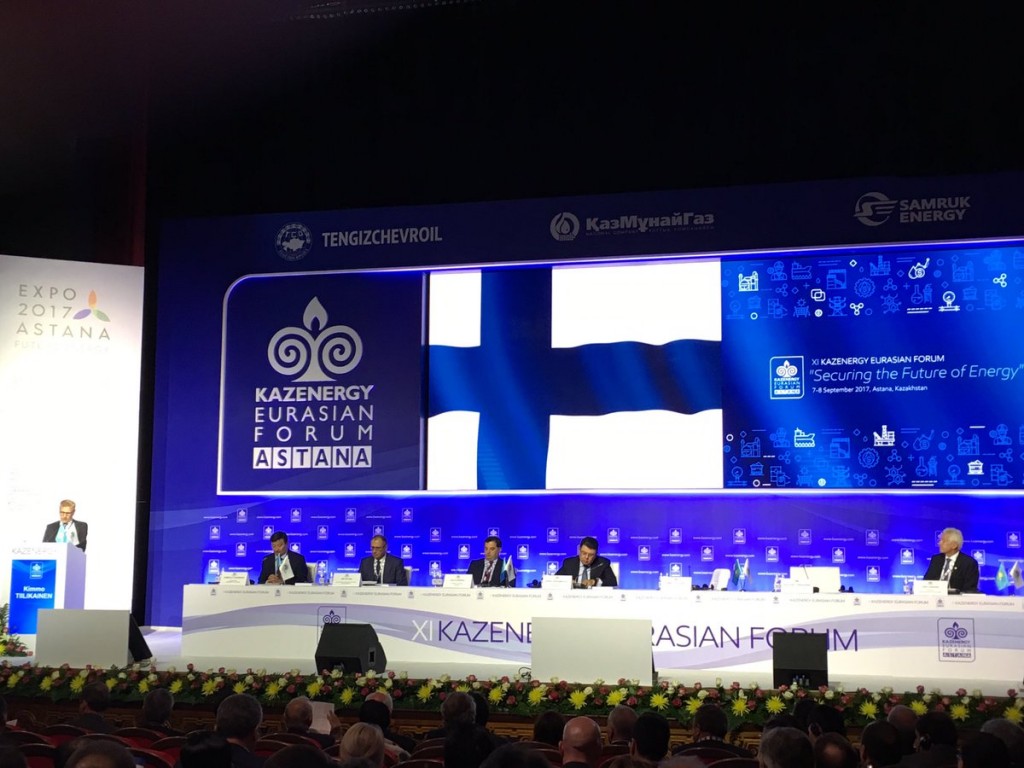 “Once we have the report, we will be able to make a final decision… I am not declaring anything right now, however, I am telling you that there will be a feasibility study, which will show us whether Kazakhstan will get a nuclear power plant,” said Bozumbayev.

Kazatomprom and Rosatom signed the agreement to construct a power plant with a preliminary capacity of up to 1,200 megawatts in September 2014.

The project envisions the construction in Kurchatov in eastern Kazakhstan, where in the 1950s a group of Soviet scientists produced the first tokamaks and where recently Kazakh scientists conducted the first stage of the physical launch of Kazakh Tokamak for Material Testing (KTM). The other possible location is near Balkhash Lake.

According to Kazakh officials, the International Atomic Energy Agency will also assist Kazakhstan in equipping the plant and monitor the construction process.