ASTANA – The energy intensity of Kazakhstan’s economy has decreased by 28 percent since 2008, Kazakhstan’s First Vice Minister of Investment and Development Alik Aidarbayev said during a Sept. 5 press conference on the nation’s energy saving policies. 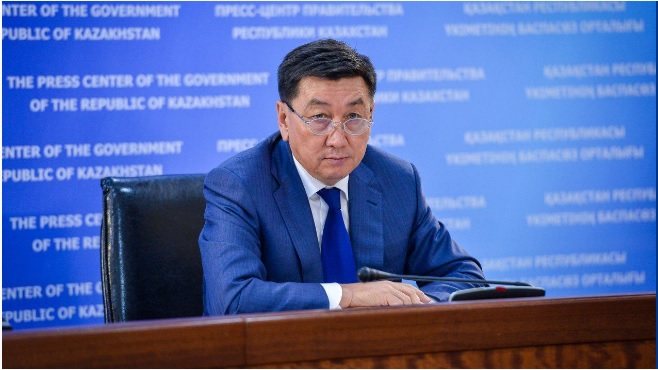 Energy intensity is measured as the quantity of energy per unit of gross domestic product (GDP); as countries move away from economic dependence on energy-intensive industries, their energy intensity drops.

In line with Kazakhstan’s plan, the Ministry of Investment and Development seeks to reduce energy intensity by 25 percent by 2020 and 50 percent by 2050.

“Energy intensity of GDP is down 28 percent [since 2008],” Aidarbayev noted in his remarks. “In general, this work is done consistently. All required laws were adopted and signed. The national energy register was also approved, which includes more than 5,000 companies that are obliged by law to conduct an energy audit, develop a plan and work towards decreasing energy intensity.”

Having studied the experience of Japan in energy saving policies, the ministry launched the register in 2013. It includes companies and state bodies consuming energy equivalent to more than 1,500 tonnes of fuel per year.

Aidarbayev noted that last year, those companies consumed 49 million tonnes of fuel accounting for 38 percent of the nation’s total energy consumption. At the same time, they invested more than 178 billion tenge (US$522 million) in energy saving measures.

The government has also embarked on cutting bureaucracy and improving the efficiency of the register system, the official said, as the ministry switched to an automated system for controlling energy consumption.

“Earlier, all this work was done through paper reports and checks, but we introduced an automated system that allows all companies in the register to submit reports and update them automatically.  It became easier for our ministry and energy audit companies to monitor [energy consumption] and address various issues,” he explained.

“First, the economic structure and Kazakhstan’s economy depends predominantly on commodity-based and extractive industries. All companies working in these sectors consume huge amount of energy. Next are climate conditions in Kazakhstan: compared to other countries, we are located in a zone where there is a greater heating load,” noted Aidarbayev.

Kazakhstan is undergoing a process of modernisation, he said, which means many companies still use outdated equipment and technologies. The measures undertaken by the ministry are also meant to address this issue.