ASTANA – Construction of electric car charging stations under the pilot project has been completed with the active support of the Almaty and capital administrations and private investments. 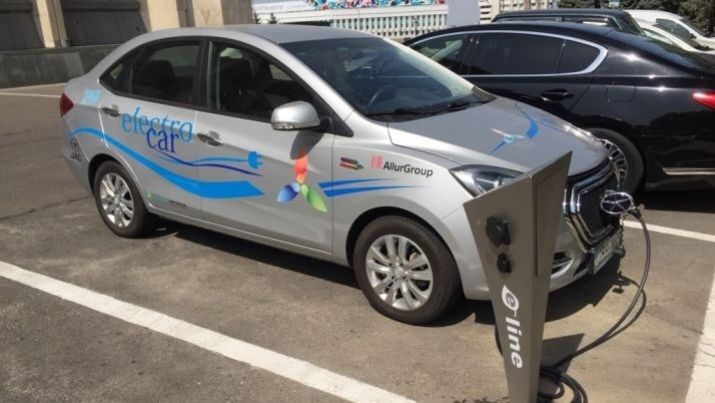 The Ministry of Energy will be increasing construction of up to 100 charging stations and corresponding infrastructure in both cities by the end of the year. The ministry plans to build another 20 stations with instant charging systems (up to 30 minutes) along the Astana-Almaty roadway.

The first charging stations in the capital were installed at Nursultan Nazarbayev International Airport and Nurly Zhol railway station. In Almaty, the station was constructed in the central part of the city.

The new charging stations comply with all international standards and are capable of charging all available brands and models of electric vehicles. The charger combines all existing charging modes with alternating current. Four vehicles can be charged at one station at the same time, as the capacity of each station is 51 kW, and the process requires one-four hours.

For safety, the stations provide differential protection against current leakage and emergency power off, as well as current sensors for automatic power off when the charging process is complete.

More than 200 electric vehicles are presently on Kazakh roads. While they are designed primarily for movement within the city, an increased network of fast-charging stations will accommodate longer trips of several hundred kilometres. There are also plans to develop electric vehicles domestically and pilot production has already been tested in Kostanai.

The research group carried out electric car tests to determine the possibility of their operation in the Kazakh climate and learn more about the country’s necessary infrastructure conditions. The research is continuing in an effort to reduce the cost of electric vehicles for local customers. Scholars feel one of the best approaches for increasing the advantages of electric cars as a fast and environmentally-friendly type of motor transport will be developing a charging station network and corresponding infrastructure.