By Aigerim Bulambayeva in Nation on 21 September 2017 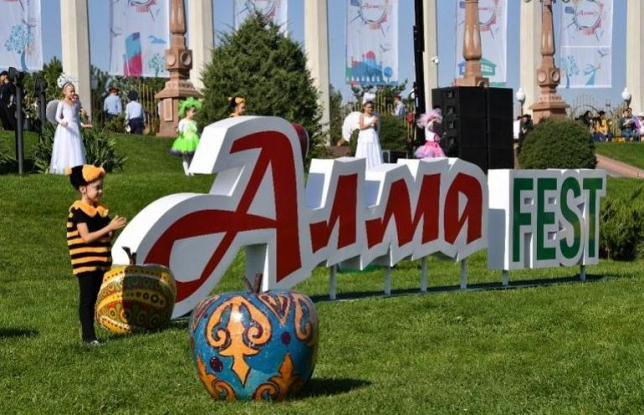 Almaty Akim (Mayor) Bauyrzhan Baibek told the gathering that Almaty is a cultural, scientific, educational, athletic, financial and business centre of the country. This is what makes the megalopolis a place attractive for living, working and leisure.

“Under the ‘City for people’ principle, we are trying to transform Almaty into one of the best megalopolises of the world, into a developed tourist centre. To make this happen, after a wide public discussion, the implementation of the programme of Almaty’s development until 2020 started. By implementing the programme step-by-step, we began to form comfortable public spaces. Thus, the reconstruction, prioritising pedestrians, was carried out on the eight most popular streets. I thank our citizens for their patience and understanding of the temporary inconveniences,” said Baibek.

The mayor noted that a comfortable city environment is also about the quality, transparency and the efficiency of the services delivered to residents. Therefore, a public reception room Open Almaty, which combines all city services, was launched. The AOC (Apartment Owners’ Cooperatives) website functions already and Open Budget project for sharing reliable information on the government’s expenses is in process.

Nurtai Abykayev , a Kazakh politician, diplomat, doctor of economic sciences, president of the Volleyball Federation of the country, Shangerei Zhanibekov , former Deputy Chairman of the Council of Ministers of the Kazakh SSR, and Col. Leonid Girsh (Ret.), a participant of the Stalingrad battle, poet, chairman of the Almaty Council of the Society for the Nature Preservation, were awarded with Honorary Almaty Citizen titles.