By Staff Report in Astana on 1 September 2017

ASTANA – The Astana city government plans to build a system of enclosed pedestrian footbridges connecting buildings two and three stories above the sidewalk, according to the akimat (city administration) press service. The announcement was made during a meeting with the participation of Akim (Mayor) of Astana Asset Issekeshev. 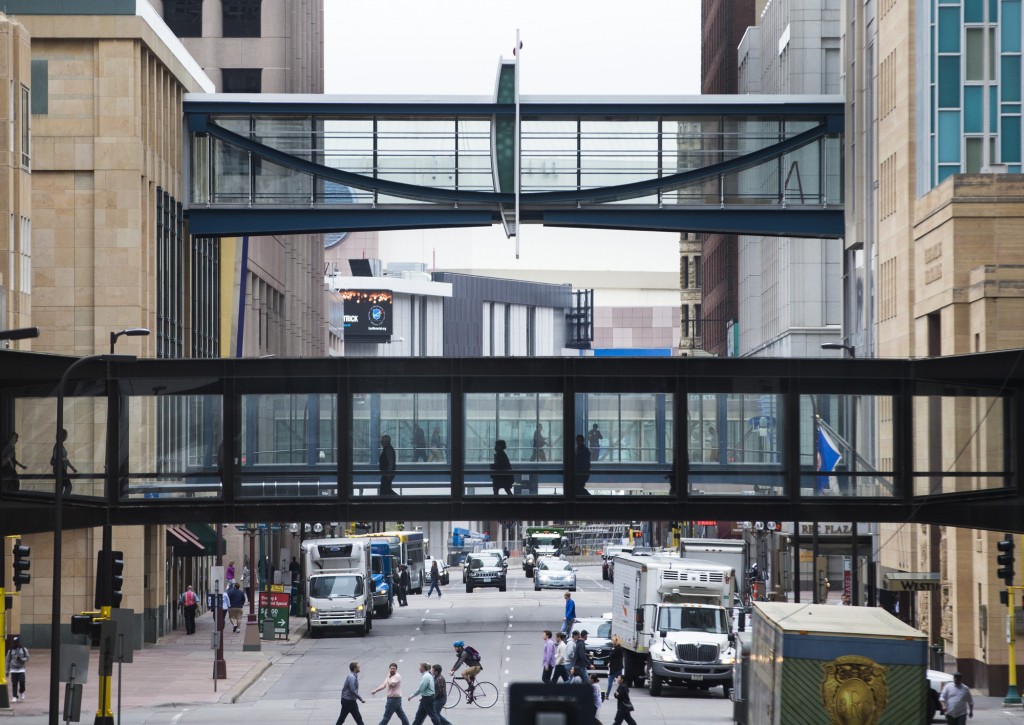 The system will be similar to the “American Skyway” system in the United States city of Minneapolis. That system connects the second and third floors of various office towers, hotels, banks, corporate and government offices with restaurants and retail stores. The Minneapolis system also includes condominium and apartment complexes, allowing residents to live, work, and shop downtown without having to leave the skyway system, according to online sources.

That system is sometimes called a “city within the city” and is temperature controlled to accommodate the sharp winter and summer temperature changes in Minneapolis.

Astana also plans to commercialise its walkways. It also plans to build ring roads and develop transport infrastructure, as well as to increase the number of parking lots, streets, bridges, overpasses and traffic interchanges. Light rail transport will be introduced to develop alternative modes of transport. For the successful implementation of the comprehensive plan, the best international experience of such large metropolises as Dubai, Madrid, New York, Hong Kong, Istanbul, Paris and other cities of the world will be used, according to the city’s statement.