Astana-Pavlodar highway to be toll road in 2018

By Inga Seleznyova in Nation on 3 September 2017

ASTANA – The Astana-Pavlodar highway, where construction started in 2014 under the Nurly Zhol national programme, will begin operation in mid-2018. The route, an important part of the Centre-East transport corridor, will be a toll road in the future. 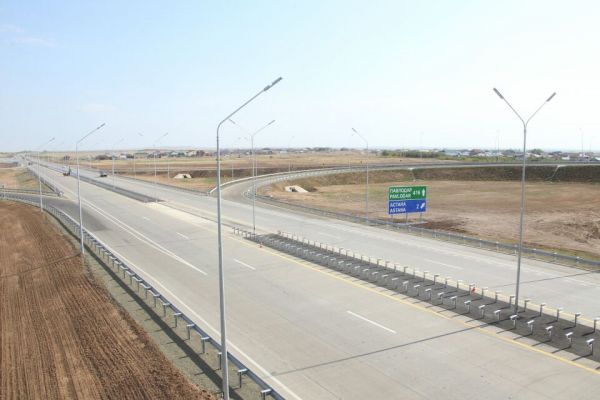 The 1,016-kilometre transport corridor has been under repair since 2011, said KazAvtoZhol Deputy Chairperson Temirkhan Mendygaliyev. The highway was divided into 15 reconstruction sites and three have already been put into operation, reported Kazpravda.

Each portion of the road must pass national inspection, which specifies the construction period and contractual obligations. The toll will eventually be one tenge per kilometre. As the distance between the cities is 470 kilometres, the charge will be 470 tenge (US$1.40) for cars and up to 2,500 tenge (US$35.3) for trucks.

The new highway will reduce the length of the route by five kilometres in bypassing Yereimentau village, thus saving time for travellers.

The road consists of four layers of pavement, including a 30-centimetre primer-mineral mixture and crushed stone and gravel sandblast mixture with 25-centimetre cement. This approach in construction will help withstand the projected traffic loads and ensure uninterrupted and safe travel throughout the site. Although the contractual warranty for the highway is five years, its operational period is approximately 25-30 years. 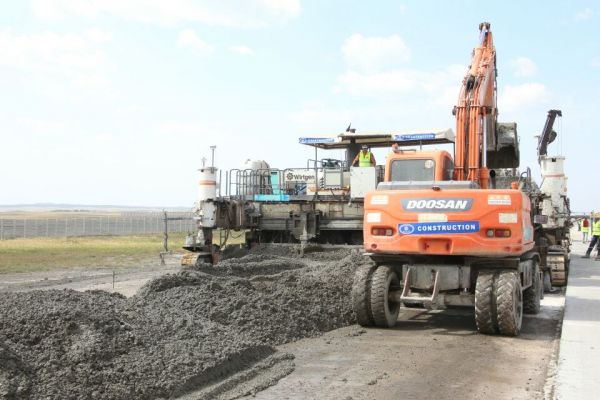 Constructing one kilometre usually requires a month to six weeks. In addition to the main route, contractors are installing 70-kilomteres of snow-blocking fences built in two rows. The fences will reduce operating costs in the future and protect the surface from melt water and snow drifts. Contractors guarantee five years of operation without breakdowns.

The construction season lasts, at best, from April-October, when crews must finish the main portion of the work. The time period can be expanded depending on conditions, but it is absolutely impossible to work in winter. Contractors use the time to prepare materials and equipment.

The contract was originally awarded to an Iranian firm, but issues arose, said Mendygaliyev.

“DENA Iranian construction company won a tender for the reconstruction of 115 kilometres of the highway in 2015, but failed to fulfil its own obligations. We replaced them with domestic contractors and they are using materials made in Kazakhstan for the reconstruction. Correspondent measures have been taken to recover the bank guarantees, advance payments and enforce the contract and penalties have been assessed on the Iranian company,” he said.