ASTANA – The capital was the site for the national tourism meeting organised by the Ministry for Culture and Sports Sept. 27 that brought together representatives of the ministry, companies and NGOs working in the field to review the acute issues currently facing the industry. The session was part of the Astana Leisure 2017 exhibition that provided an opportunity for more than 100 companies from 11 countries around the world to present their tourism products. 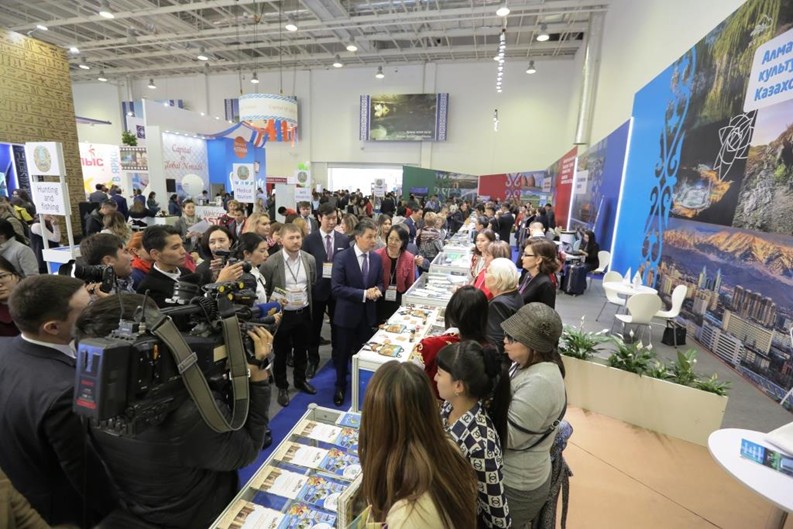 Celebrating their professional holiday, marked worldwide as the World Tourism Day, industry representatives engaged in a heated discussion addressing the current challenges and putting forward potential solutions. The participants also drew attention to developing competitive tourism products in Kazakhstan capable of boosting an industry that currently accounts for only one percent of the nation’s GDP.

The government recently adopted a new concept on expanding tourism that set the task of increasing the industry’s share of the GDP to 8 percent by 2025 and achieving a 100-percent increase in inbound tourism which so far is poorly developed in the nation. 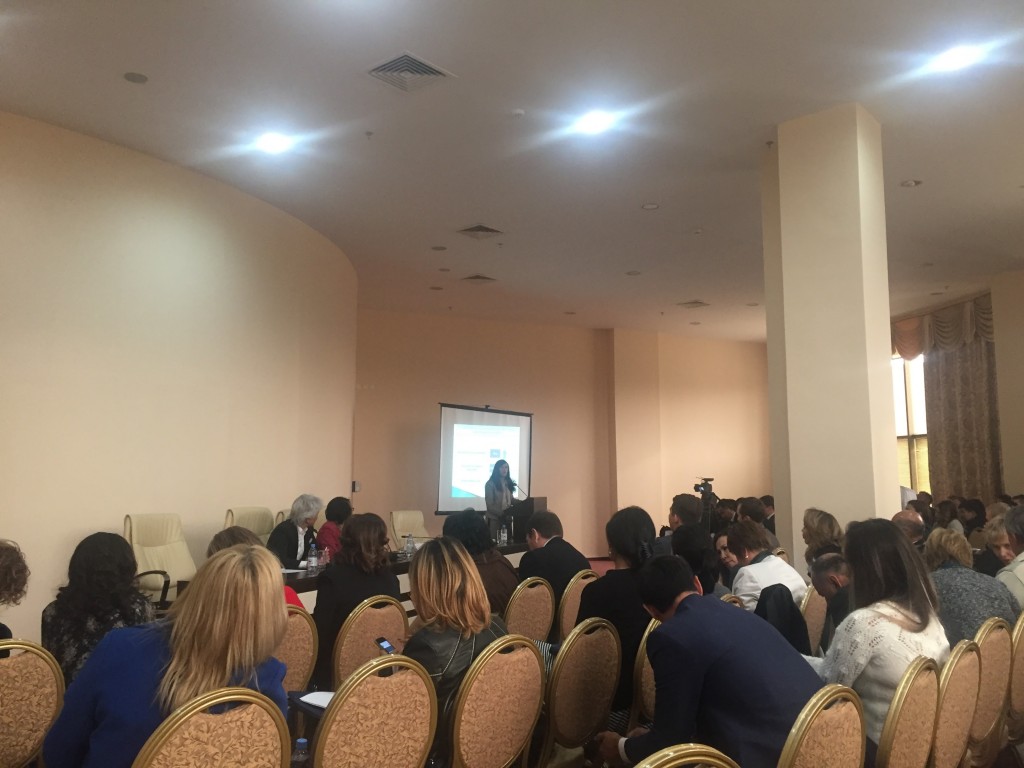 Atameken National Chamber of Entrepreneurs Deputy Chairperson Yuliya Yakupbayeva noted the thorough work of the entire industry in the past 12 months.

“Thanks to joint efforts and the support of the President, tourism was included in the list of new priorities [for the nation]. The attitude towards tourism has changed tremendously since last year. Today domestic tourism has become prestigious, which is also due to EXPO 2017, the establishment of the tourism industry committee [within the ministry] and, most importantly, the year-long intensive efforts of the entire industry,” she said.

“The changed attitude of the local administration towards tourism allowed allocating more funds to the industry. For instance, the East Kazakhstan region allocated nearly 500 million tenge (US$1.47 million) to the development of Alakol Resort [one of the most popular holiday destinations in Kazakhstan]. The Zhambyl region allotted more than 500 million tenge (US$1.47 million) to renovate roads near the Tau Samaly zone,” she added.

“First is the development of a tourist sites rating system similar to that in China that prioritises tourist’s needs and uses the rating methodology, including the presence of highway, railroad, airport, infrastructure, safety measures and economic stability among the indicators. Second, it is important to build multimodality between railroads and airports, which allows addressing the airport load,” she noted, adding qualified personnel is equally important.

Developing infrastructure, setting up efficient and trust-based interaction between the government and private individuals working in the industry, allocating more funds and establishing the ministry for tourism were among the salient issues raised by the participants that, if addressed, can facilitate industry development.

Enhancing tourism products pertinent to Kazakhstan is of particular importance, they added.

Medical tourism, including treatment with pantocrinum-based products made from the antlers of marals (a Siberian subspecies of red deer) inhabiting the East Kazakhstan region carries a real, yet untapped potential and is one of the ways to boost the industry. Regional tourism department head Zhasulan Sersebayev spoke about plans to establish a Kazakh alternative medicine centre together with Chinese colleagues that, among other services, will offer such treatment.

“We plan to invite foreign clinics and work with local ones and most importantly, we will teach them how to sell this product,” she added.

Yet prior to developing the industry, Kazakhs need to develop a tourism philosophy.

“In general, we need to develop an ideology of tourism. Why do we need that? First, so that our taxi drivers would not charge 60,000 tenge (US$176) to our tourists for a drive from an airport to a hotel. We also need it so that we talk less about our traditional Kazakh hospitality, but do more about developing hospitality services without referring to international standards, as there are none of them, but forming our own high-quality standard of services,” she said.

Shaikenova also mentioned the recent study conducted by the association which concluded the majority of museums in Almaty sell tickets to foreigners at a higher price. Such practices should also be eliminated.

“Development of tourism starts from these very small and simple things,” she added.

She also noted the financial side of creating a tourism product.

“If we talk about forming a national tourism product, it will be accomplished only after a regional product is developed. To do that, our ministry should consider proper financing of regional programmes on tourism development. Only then could we understand what every region offers and each of them is unique,” noted Shaikenova.