ASTANA – The Astana International Financial Centre (AIFC) hosted Sept. 6 the Global Islamic Finance Awards (GIFA), a prestigious award honouring individuals and institutions that have contributed to the promotion of Islamic banking and finance.

This year, the event gathered more than 200 representatives of the Islamic finance industry, including 50 winners, from more than 20 countries. Kazakhstan President Nursultan Nazarbayev and high-ranking Kazakh officials also attended.

He called Kazakhstan a pioneer of Islamic banking and finance in the Commonwealth of Independent States incorporating the regulatory framework for Islamic banking in the national legislation in 2009.

One of the pillars in the work of the AIFC, scheduled to launch next year, is Islamic finance, added Kelimbetov.

“I am both honoured and delighted to be here today to celebrate the success of award winners who have made outstanding achievements contributing to the sustainability of Islamic banking and finance,” said Azmi. “GIFA is a global brand recognised as a most respected finance award in the world,” she noted, that has the “most detailed approach to screen the best of the best.”

The awards’ most prestigious honour is Global Leader in Islamic Finance.

Nazarbayev received this award in 2014 as part of the 10th World Islamic Economic Forum in Dubai. During the Sept. 6 ceremony, Nazarbayev presented the award to President of Djibouti Ismaïl Omar Guelleh. 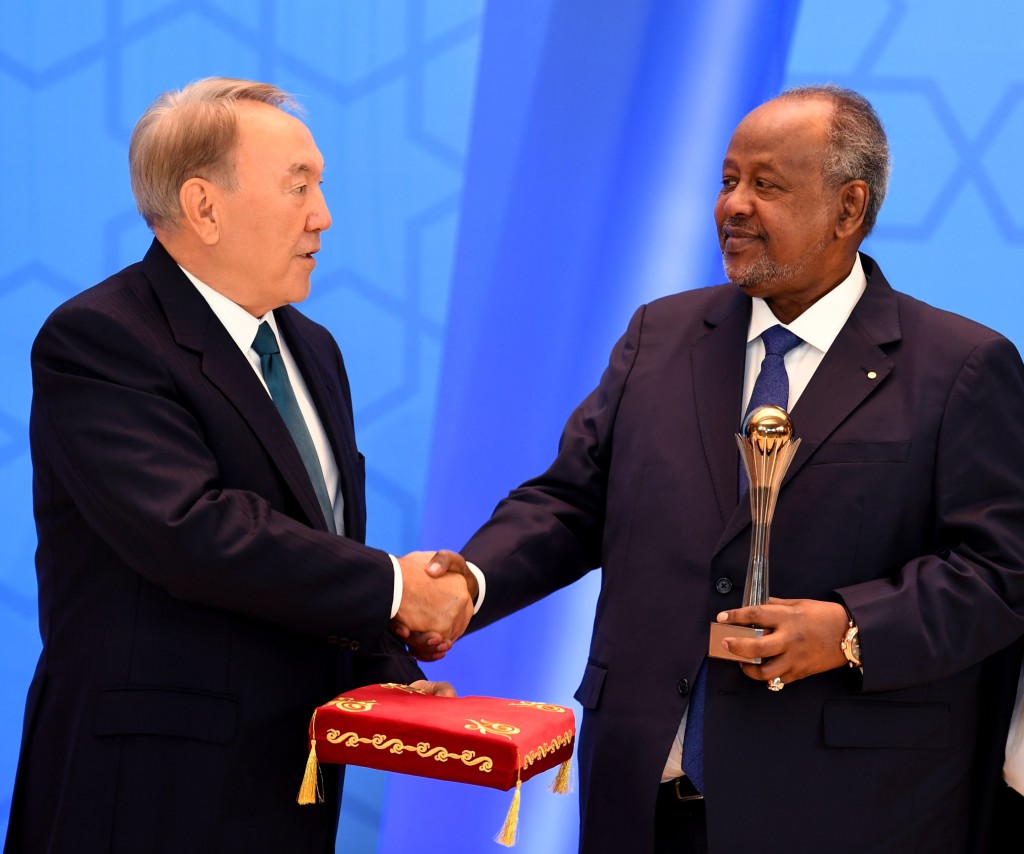 “It is an honour to host the GIFA. Gathering participants of the global financial market is an effective tool of international cooperation. Today’s ceremony identifies leaders in various fields of Islamic finance. This will contribute to the further development of finance services. I thank the founder of the award for bringing it to our country,” Nazarbayev said.

He also reiterated the importance of Islamic finance for the country, referring to the results of the Boston Consulting Group research that estimated the assets of the Islamic finance sector in Kazakhstan will reach $23 billion by 2025 and make up 10 percent of total banking sector assets.