NEW YORK – The United Nations General Assembly waits excitedly for President Donald Trump’s maiden speech on Sept. 19, during the organisation’s annual “General Debate”. Manhattan’s traffic seems – as in every year – hopelessly snarled. Motorcades dash up and down its avenues, and large portions of East Midtown are blocked to anyone, save those with the proper credentials. This reporter had to travel by an alternate route, and walk up and back one block, before finally reaching the checkpoint, for admission to the “exclusion zone”. And I was momentarily barred from the lobby Men’s Room, waiting for one African head of state to emerge from it. 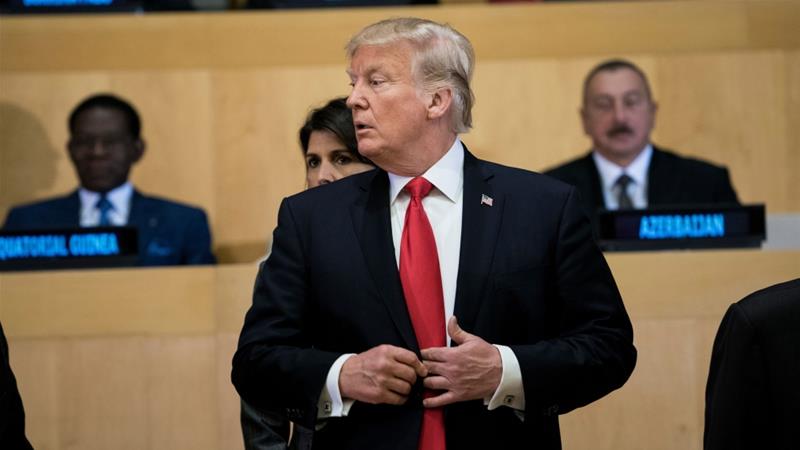 The General Debate begins at 9:00 AM on Tuesday, Sept. 19. The opening speech is to be delivered by the new Secretary-General, Antonio Guterres of Portugal, reporting on the “work of the organisation”. Then begins the parade of world leaders, each expressing his or her concerns for the U.N., for their own region, for the planet and the [seemingly perilous] common future. According to a long-hallowed UN tradition, Brazil always speaks first, followed by the United States. As this is President Trump’s first appearance here, there is a greater-than-usual air of anticipation: What will he say? How does he view the world? How will he take up America’s leadership role in the world? These are the questions on every lip in the General Assembly Hall.

President Trump has actually spoken once already, at a Sept. 18 morning session on UN reform (as distinguished from Tuesday’s “General Debate” speech). In that meeting – held in the UN headquarters’ Economic and Social Council Chamber – Trump called upon the UN to change, “…so that it better serves the people we all represent”. The organisation’s effectiveness has suffered, he asserted, because of “bureaucracy and mismanagement”. The U.S. President lauded the efforts of Secretary-General Guterres, and urged him to use his full authority, to reform the UN and make it more efficient.

Another focus of the UN’s meetings here, in the “run up” to the General Debate, has been an emphasis on the world’s refugees and migrants. In a meeting Monday morning at the Norwegian-led International Peace Institute (across the First Avenue from UN headquarters), several mayors from across the globe spoke of their varying experiences of governing, and urged world leaders to take advantage of their input and experience. Mary Robinson, the former President of Ireland who has also been the UN’s High Commissioner for Human Rights, called for words to be made into real changes. And she pointed to cities as a “crucible for globalisation”. Cities must integrate new arrivals with human rights, and actively combat xenophobia.

Other world mayors included Marvin Rees of Bristol, UK, who called for a “rebalancing of sovereignty” and an emphasis on diversity. Kasim Reed of Atlanta, Georgia, U.S. asserted that people there have become “too busy to hate”. And he said that “they will have to force me” to do anything against Atlanta’s immigrant community. And Elias Lukwago of Kampala, Uganda spoke of the problems of his country, which has some 1.3 million refugees.  Finally, the UN’s High Commissioner for Refugees, Filippo Grandi, noted that cases of forced displacement are currently at their absolute peak. And the very poorest cities… are those most challenged.

Within the UN’s membership, there are several common trepidations about President Trump, his statements and actions, and America’s role in the world. First, there is confusion as to Trump’s view of the refugee problem. They worry about his anti-Muslim rhetoric, and they wonder if he truly perceives the seriousness of the situation. In particular, they wonder if he appreciates the reality of the situation in Syria. This is currently the world’s greatest, most violent war, and the source of its greatest refugee problem. And it is the very problem on which Kazakh President Nursultan Nazarbayev has expended – and continues to expend – so much effort. There will likely be a need for some input from Kazakhstan, in connection with those efforts.

There is also trepidation about the U.S. attitude toward climate change, and its withdrawal from the Paris Agreement. Once report had it that America would not withdraw, but this is not certain, and has been ostensibly denied. But regardless, the future of our planet hangs in the balance.

These concerns will surely occupy a large part of Kazakh Foreign Minister Kairat Abdrakhmanov’s time, during his few days in here in New York. But it will also place him at the centre of great events, and bitter – seemingly intractable – problems. Just what their outcome will be, as the General Debate commences on Sept. 19… only time will tell.