ASTANA – Vera Swanson was one of the 40 student ambassadors who worked at the United States Pavilion at EXPO 2017. Two years ago, she learned Kazakhstan was not only the destination for her Russian language studies, but also the place where her grandfather was born. Through her summer experience, she reunited with her relatives in Taraz and now has a big family in Central Asia. 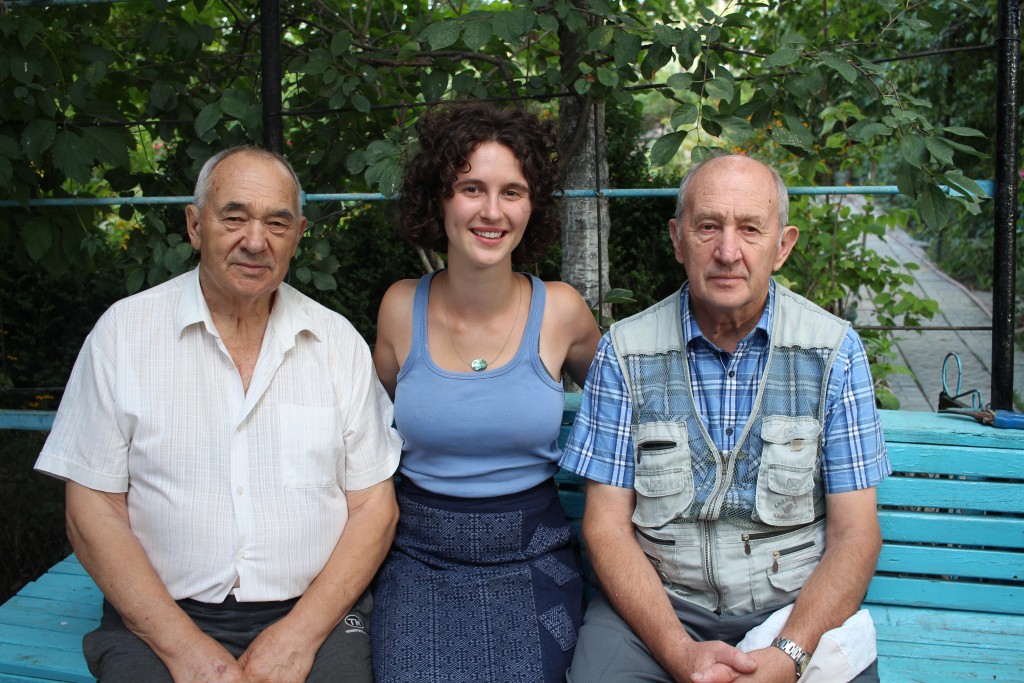 Vera Swanson with her great-uncles

“I attended college at the University of Wisconsin-Madison, where I studied environmental science and Russian. In summer 2015, I had the opportunity to come to Kazakhstan and study Russian. Before coming, my mom shared with me that we have relatives there who I absolutely needed to meet,” said Swanson in an interview with The Astana Times.

Her mother was born and raised in the Caucasus, in Northern Ossetia, and her father was born and raised in Minnesota. Her mother’s parents, however, are from Taraz, Kazakhstan. During Soviet times, her grandfather moved to Almaty to study at the Mining Institute and was then sent to the Caucasus to work as an engineer. He ultimately settled in the region. 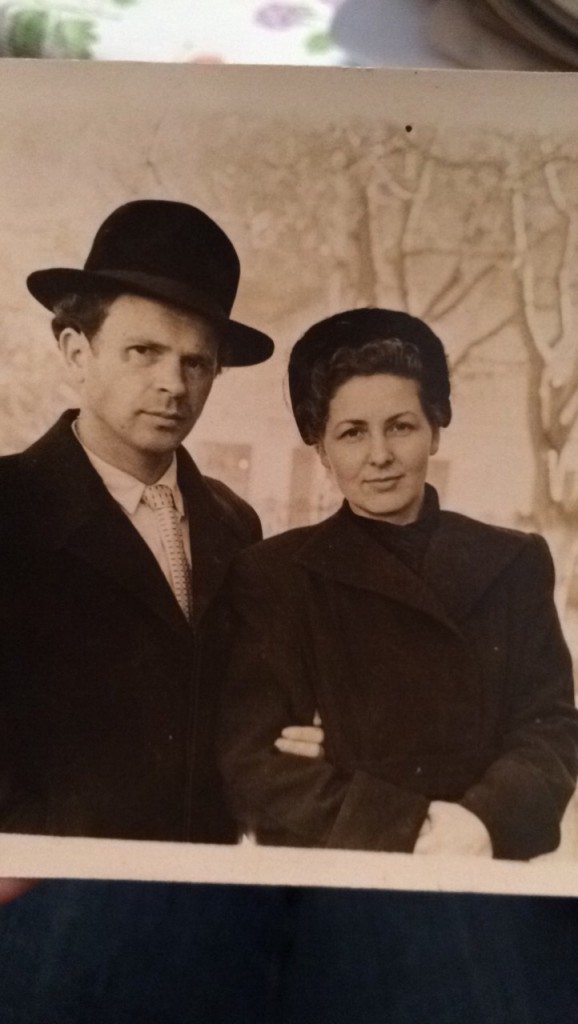 “My mother grew up in the Caucasus but later moved to Moscow for graduate studies. She then studied in the United States under the Fulbright program. She now works as virologist at the Mayo Clinic. The last time she was in Kazakhstan was around 40 years ago,” she said.

In 2015, Swanson came to Almaty to study in the philology department at Kazakh National University. Later, she travelled to Taraz with her aunt (her mother’s cousin), who lives in Moscow and grew up in Merke, a city near Taraz.

Swanson discovered her grandfather was one of four brothers, one of whom was the chief physician at the regional hospital where his memorial plaque is displayed. A second brother worked as a chief builder in Taraz. Unfortunately, only two of the men are still living. Her grandfather is buried in Vladikavkaz; his brother, in Taraz.

“I was very emotional because I could now connect faces to the names and stories I heard growing up. Having gained and developed the language skills I did, I am now able to converse freely with my relatives or read books from their libraries. I visited my relatives in Taraz for New Year’s this year with my mom and uncle and remember making shashlik together and joking around. Being able to understand those interactions and connect on a deeper level was very special,” she said. 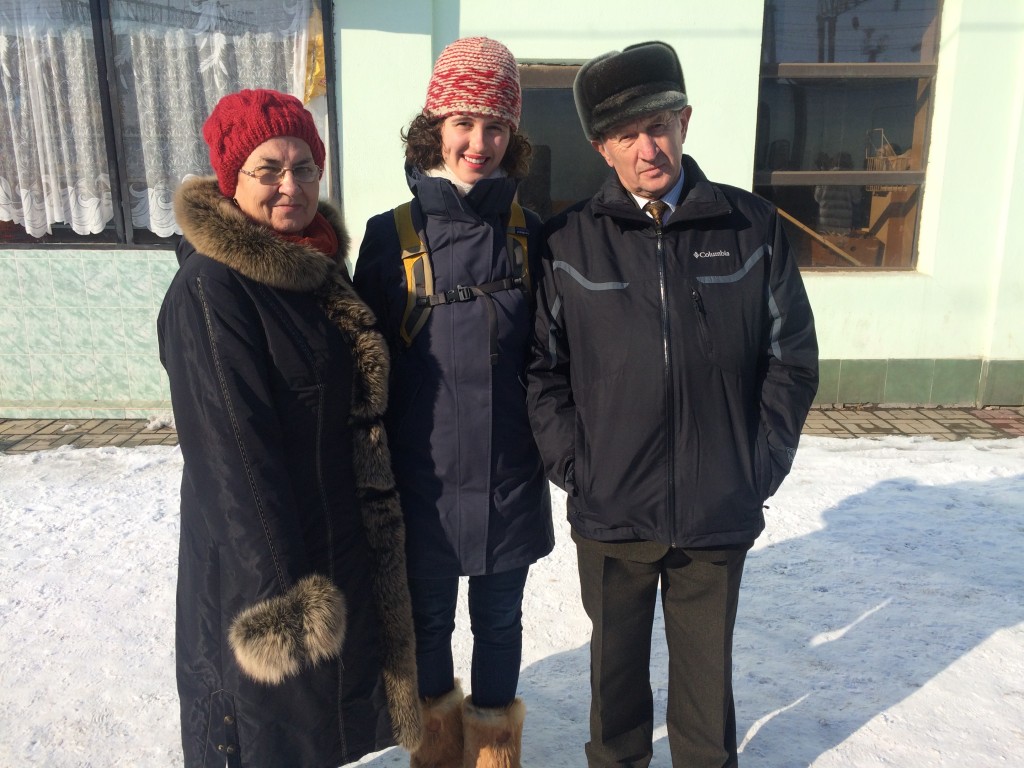 First meeting with great-uncle and his spouse in 2016

Swanson has relatives living in Taraz, Karaganda, Almaty and the capital.

“I feel like I have more relatives in Kazakhstan than I do in the States,” she added. 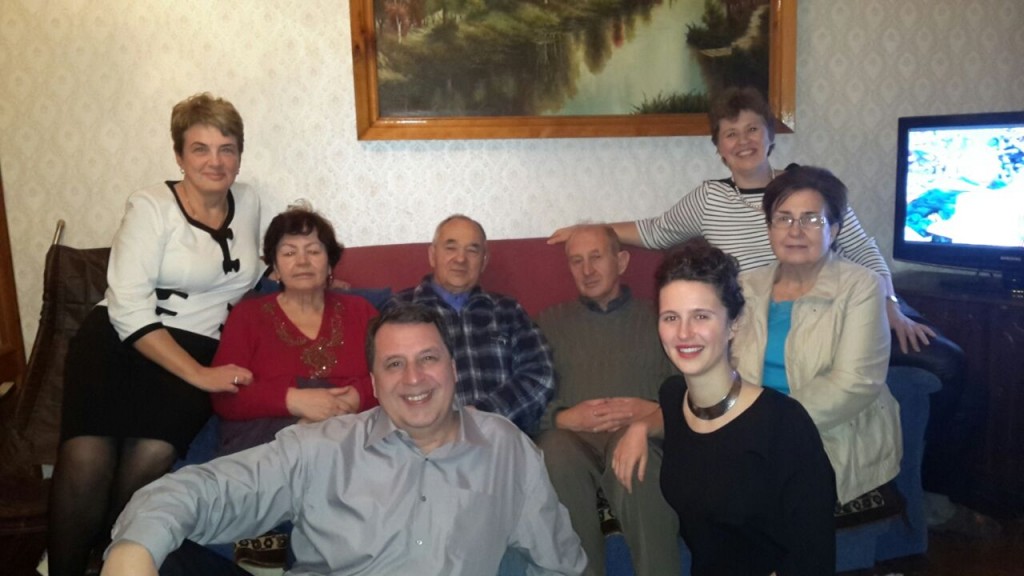 Swanson, whose interest in Russian began several years ago, speaks the language fluently.

“I thought it was important for me to study my mother’s native language. I started taking classes in college. My university has a wonderful Russian flagship centre, which is an initiative of the government for students to study critical languages. The study abroad component of the program often sends students to Almaty,” she said.

Swanson first visited Kazakhstan in summer 2015, returned last August 2016 and studied for an academic year until May 2017. She then went home for a few days before returning to work at the expo. In Almaty, she stayed with Kazakh families, with whom she keeps in touch and has only wonderful memories.

“One time we went to the Barakholka Market to eat the best shashlik. I remember my family recognising Oraza and fasting that first summer I came. We would have dinner very late. My host mom’s mom would always visit and I’d call her ‘apashka,’” she said, smiling and using the Kazakh word “apa” (grandmother) in a diminutively affectionate way. 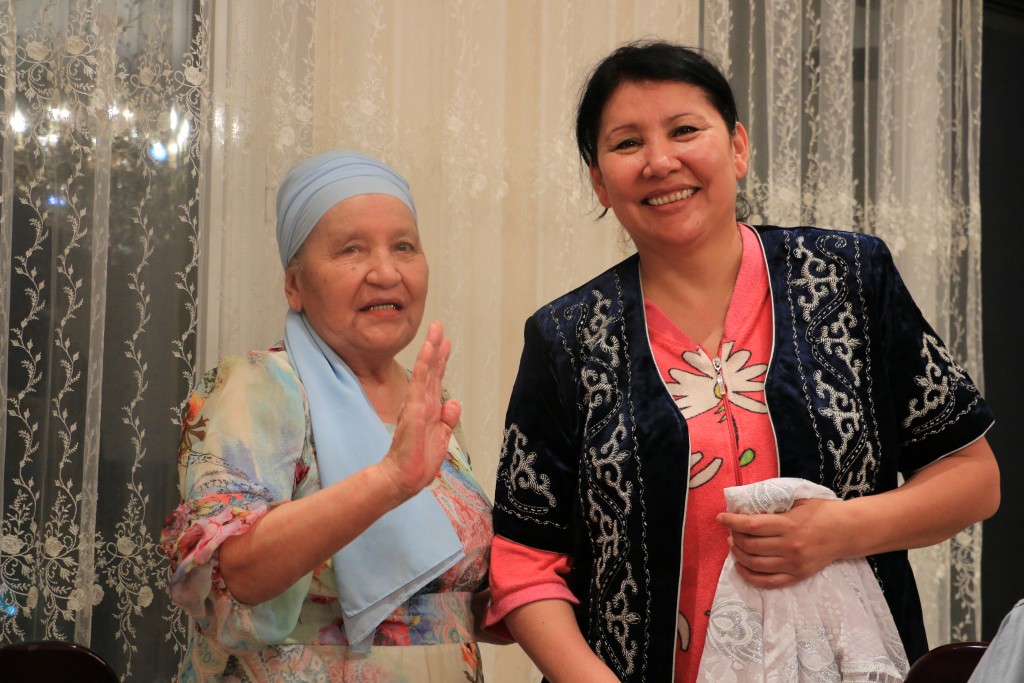 After almost a year in Almaty, Swanson was selected to be one of the United States Pavilion’s student ambassadors at expo.

“What makes our pavilion special – we have 40 students, recent graduates, all from different states, working here and interacting with the local Kazakh citizens. Our job is to greet people in their native language. All of us know Russian and we are learning Kazakh to explain a little about ourselves and, if they have questions, explain what life is like for us. Because oftentimes through the media, people have a different view of a place. We were there to give a face to our country, to provide conversation,” she said.

Vera Swanson and her friend in Borovoe

During her stay in Kazakhstan she has visited Turkestan, Shymkent, Aktau, Mangystau region, Karaganda and Ust-Kamenogorsk, as well as Charyn Canyon, Kolsai Lakes, Borovoe and many other sights.

“I think it is a wonderfully warm country with some of the best landscapes I have ever seen – mountains to steppes to canyons. It is a very diverse place; it has something to offer everybody. The warmth of the people and diversity of the nation are what makes this place really special, and I hope many people can discover it,” she said.

“I feel like Central Asia often gets overlooked by many people. Whenever I share with others where I am going or where I am studying, I always have to come with the map and point – ‘I’m here.’ And they react by saying, “that’s huge!” They know Mongolia, but they don’t know Kazakhstan. I hope that by going back to the States I can bring the stories and the pictures of this place. Kazakhstan is already on the map, but I want to make sure it is a recognised place,” she added.