ASTANA – One hundred landscapers of Almaty took part in the recent competition for the title of the best, held by the Chisto po-Almatinsky (Clean as in Almaty) fund with the support of the Efes Kazakhstan company. 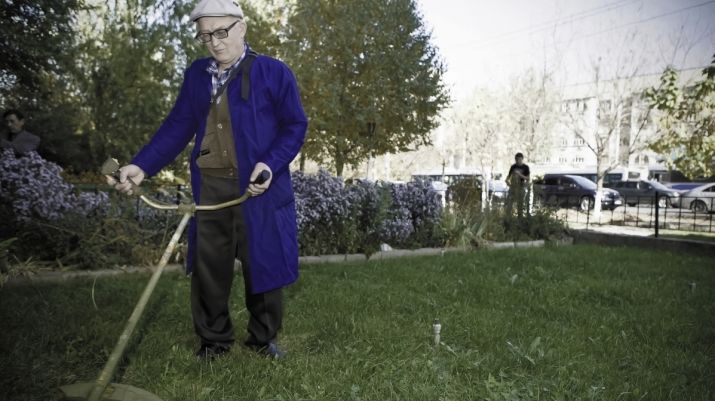 The competition lasted four months. All of the city’s condominiums applied for participation in the competition and then local residents voted for the best worker. Thirty people reached the final stage. Secret visitors checked the yards that they tend to figure out whether it was clean in the yard, whether the children’s playgrounds were cleaned and whether the paths to the entrances were swept.

The results of the competition were announced on the Family Day. Kassymzhan Mametbakiyev was named the best yard keeper of Almaty. He is 56 years old. Over the last 41 years, he has been working as a landscaper. Residents of the micro district, where he works, have already nominated him three times to participate in the contest. Twice the man was among the top three winners and this year he finally became the best. Among the winners of the competition, there was a woman. Tatyana Khramova is a novice in the profession. Her work experience is just over a year. However, Almaty residents noticed the tenacity, diligence, honesty and responsiveness of Khramova and she received a well-deserved award.

Six landscapers were awarded with money prizes. The competition’s prize fund was 650,000 tenge (US$1,914). The Efes Kazakhstan has been supporting the contest for five years.

“We are a socially responsible company and pay a great attention to environmental issues. The city’s cleanliness is directly linked to the environmental situation. On the initiative of Almaty akimat (city administration), we initiated the competition five years ago, and we were pleased with the results. We believe that the competition is very fair and has a deep social character, because, in comparison with the salary that yard keepers receive, we present very substantial prizes,” Corporate Relations Department Director of Efes Kazakhstan Chingiz Kaskeyev said.

At the beginning of the year, the social project received the Ecology nomination at the Best in CSR contest in the area of corporate social responsibility and sustainable development in the CIS.