ASTANA – An international moment of silence honouring the memory of victims of all nuclear weapons testing in the world was held at 11:05 a.m. local time Aug. 29 to mark United Nations International Day against Nuclear Tests. 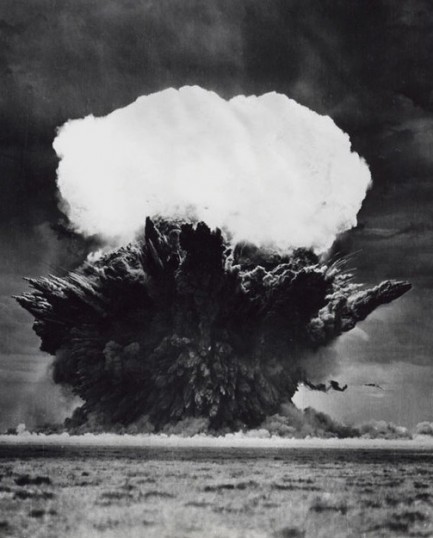 The time was chosen because at this point in the day, clock hands show a V. This moment is meant to signify a coming victory of common sense over fear and a victory for global efforts towards a nuclear-weapons-free world, The ATOM Project (Abolish Testing. Our Mission) website explains. The Aug. 29 minute of silence was first initiated by The ATOM Project in 2013.

“Each year on Aug. 29, we observe the International Day against Nuclear Tests to respect the victims of the past and to remind the world of the persisting threat these tests pose to the environment and international stability. More than 2,000 nuclear tests have been conducted over the past seven decades – from the South Pacific to North America, from Central Asia to North Africa. They have harmed some of the world’s most vulnerable peoples and pristine ecosystems,” said Secretary-General of the United Nations Antonio Guterres in his official message this year.

According to him, it is essential that the Comprehensive Nuclear-Test-Ban Treaty (CTBT) finally enters into force to ensure that no state can conduct another test. “Just eight more Annex II States need to ratify to accomplish this,” he added.

The CTBT was opened for signature in 1996 and has been signed by 183 states and ratified by 166 states. It needs the signatures and ratifications of eight specific states listed in CTBT Annex II – China, Egypt, India, Israel, North Korea, Pakistan and the United States.

“I urge all countries yet to join the CTBT to do so as soon as possible. For almost 20 years, a global norm has existed against nuclear testing based on voluntarily unilateral moratoriums. I applaud this restraint, but it is not enough. Continued nuclear tests by the Democratic [People’s] Republic of Korea demonstrate that even the strongest norm is no substitute for a legally binding prohibition,” stated Guterres.

The UN Security Council adopted its first resolution focused solely on nuclear testing last year. “I hope that represents a new momentum towards taking the essential next step in ridding the world of the menace of nuclear weapons,” he added.

The UN International Day against Nuclear Tests was established December 2, 2009 at the 64th session of the UN General Assembly. The resolution was initiated by Kazakhstan to commemorate the day in 1991 when President of Kazakhstan Nursultan Nazarbayev made the historic decision to close the Semipalatinsk nuclear test site, where 456 nuclear tests were conducted by the Soviet Union.

The ATOM Project is an international campaign launched in 2012 as a way to generate global popular support for a permanent end to nuclear weapons testing and, ultimately, the abolition of nuclear weapons. More than 1.5 million citizens of Kazakhstan have been seriously exposed to nuclear weapons tests, and to this day children are born with severe deformities, illnesses and a lifetime of health challenges.

Nazarbayev has urged his global counterparts to commit to peace, dialogue and renunciation of nuclear weapons in his manifesto, “The World. The 21st Century” released during the 2016 Nuclear Security Summit in Washington, D.C. He warned there would be “no winners” in any modern war as it would inevitably lead to the use of weapons of mass destruction. As a result, the planet would end “as a graveyard of radioactive materials.”