ASTANA – Club Dobryakov Astana (Astana Club of Kind Souls) and its founder Gulmira Abdrasheva are uniting a variety of citizens to make the city cleaner and greener. Dozens of residents are volunteering to remove garbage and tidy up its suburbs. 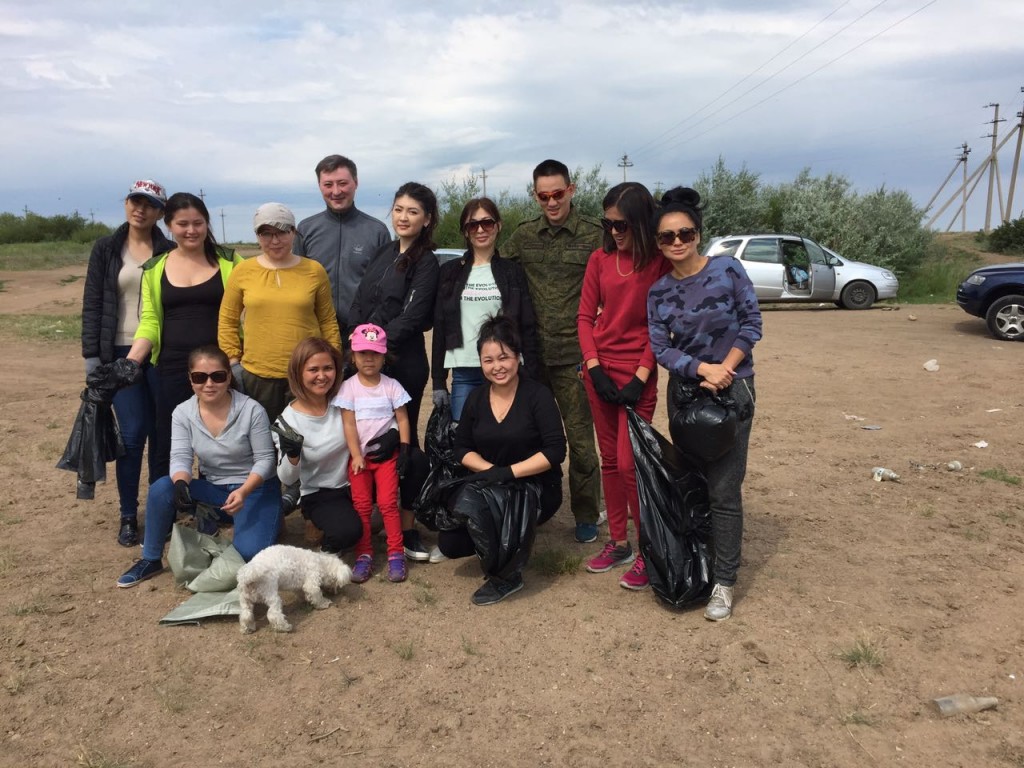 “Every morning we wake up, make the bed and brush our teeth. This is a matter of education and cleaning up garbage after ourselves should be the norm of behaviour,” said Abdrasheva in an interview for this story.

The club has an Instagram account where concerned citizens constantly publish posts about the need for blood transfusions and transporting people, goods and products to families in need, as well as announcements about charity events. A team of volunteers recently went to a clean-up event in Kosshi, a suburb located 20 kilometres from the city.

“We publish announcements about our intention to clean up the site in our accounts on social networks. Thus, willing people join us. Everything is carried out on a voluntary basis. For me, the clean-up event is a patriotic and socially significant event. For me, it is a love for the motherland. My home does not end within my apartment. Twenty-two people joined us the first day we left for the suburb and we gathered five tonnes of garbage,” she said.

A week later, three times as many people joined for the cleaning. Local restaurants provided the volunteers with a free onsite banquet.

“People still want to participate in the clean-up events. There must always be an example and I think we showed a positive example to follow. Such activities are very important; they should become a socially recognised norm of life. Still, it is 100 percent about communication. People from different spheres come to charity events, get acquainted and make friends. Club Dobryakov is connecting people,” she added. 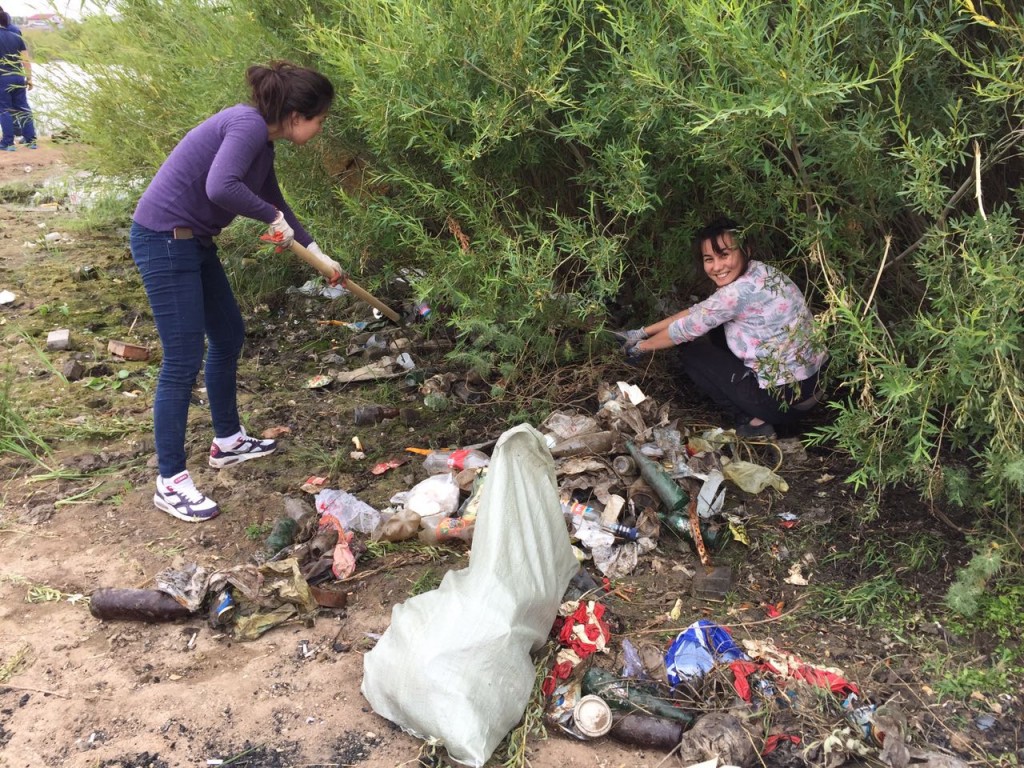 Kosshi is a popular picnic spot among locals, a place to spend time with family and friends in the fresh air. Unfortunately, as a rule, people tend to leave a lot of waste after such events.

“While we were cleaning up in Kosshi, I saw a young woman throwing a used diaper from her baby into the river. Therefore, the problem with garbage is much deeper. It is about education in the family,” said Abdrasheva.

“I see two ways out of the situation. They are huge fines for rubbish and a switch to environmentally self-destructive products. These are packages and utensils. Of course, we need social media, banners and more garbage cans, but the most important is upbringing and love of our land,” she added. 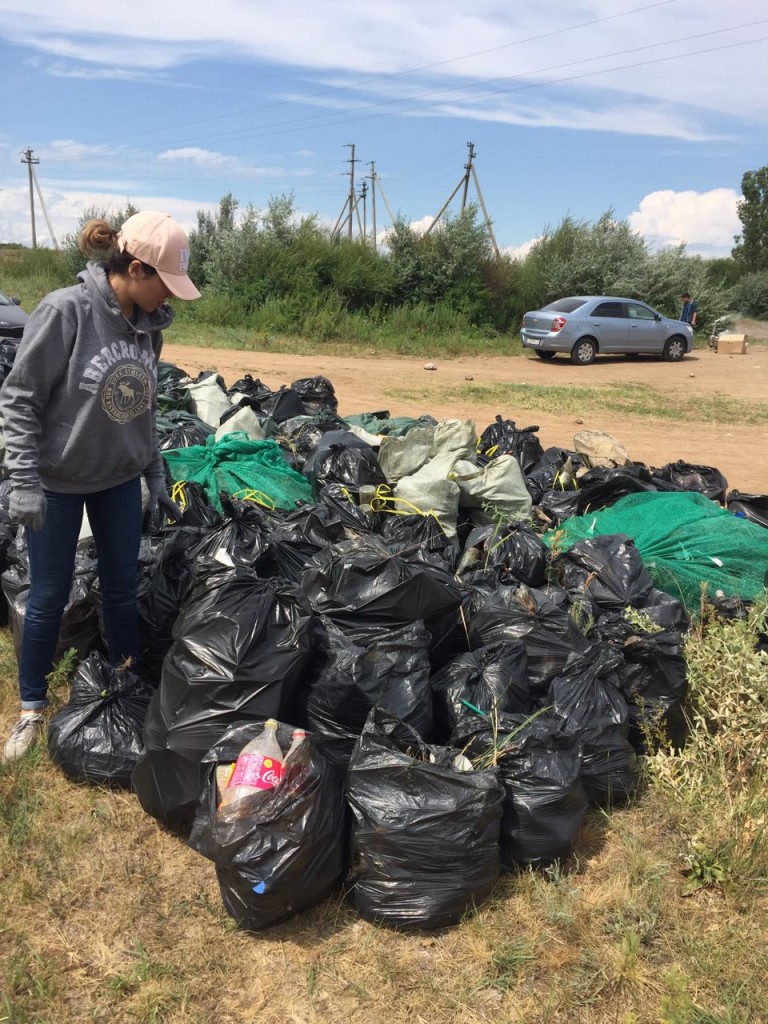 Abdrasheva has been included in the list of candidates for “100 new faces of Kazakhstan.” Volunteers believe the whole country will know about them.

The project will tell the story of 100 people, representing different regions, ages and ethnicities, who have succeeded during the years of independence. In his article “Course towards the Future: Modernisation of Kazakhstan’s Identity,” President Nursultan Nazarbayev offered to draw citizens’ attention to the stories of the nation’s contemporaries and create a new multimedia platform where everyone can get to know them.

The project aims to find and show the true stories of people who have achieved success through hard work, knowledge and talent. Implementation will consist of several stages, beginning with collecting applications. All are welcome to participate.