By Jacek Pałkiewicz in Tourism on 28 August 2017

Kazakhstan has recently been in the news because of the prestigious international event, the Future Energy-themed Astana EXPO 2017. 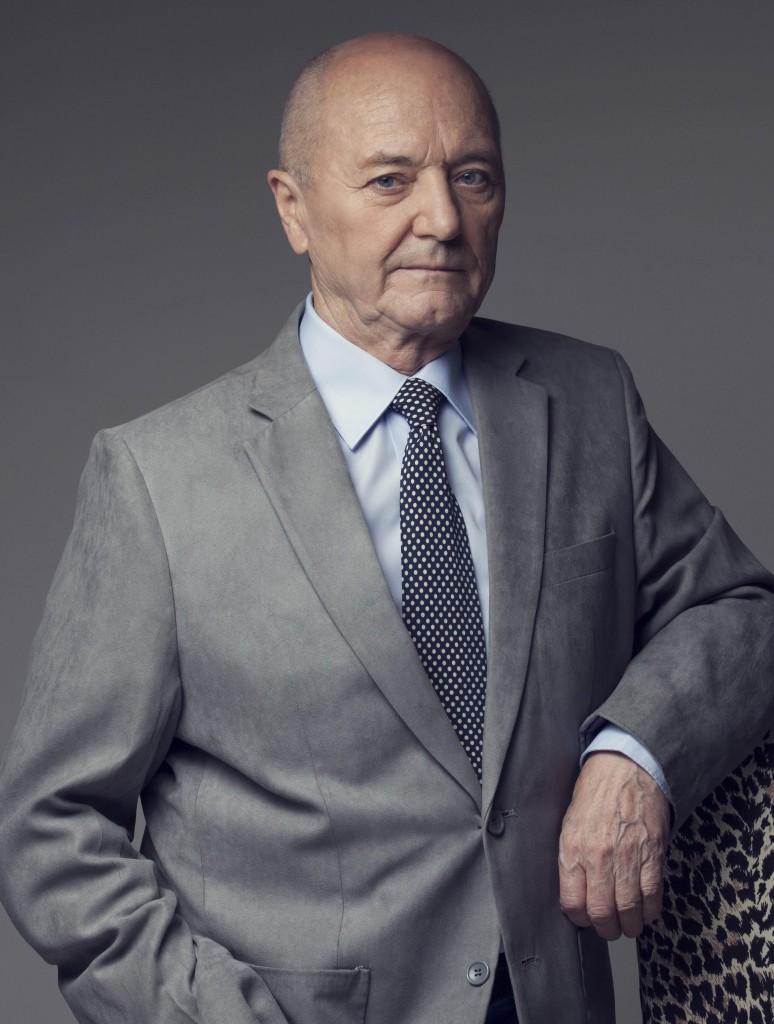 “It will become a model for future sustainable living,” notes Margulan Baimukhan, Kazakh ambassador to Poland. “It will certainly play an important role in raising awareness of international audiences about the culture and heritage of Kazakhstan.”

This is a great opportunity to showcase a new look of the 25-year-old independent nation, which, thanks to positive changes and achievements, wants to join the group of 30 most developed ones by 2050. They call it the Central Asian snow leopard, and its rapidly growing capital city of Astana, which has grown from scratch in the steppes, with its stunning architecture, is often compared to the Dubai region.

Great hopes of a great country

Kazakhstan, the world’s ninth largest country, which is still not very well known, intends to enter a new phase of economic development. One of the key catalysts is going to be tourism or rather the tourism industry. It is auspicious that a newly formed committee within the Ministry of Culture and Sports is called so, is and led by an experienced diplomat, Mainyura Murzamadiyeva.

“We have a unique potential that has not been used until now,” says Shokan, a journalist specialising in economic issues, “Now the government decided to develop tourism using foreign and domestic investments on a partnership basis between private and state sectors while emphasising support for private initiatives. It wants to develop almost all forms of tourism. From sightseeing, related to the visiting of various cultural-historical and leisure facilities, through adventure, ecological or agritourism, extreme expeditions, incentive tourism, business tourism, and spa activities. There is also an interest in hunting and fishing.” 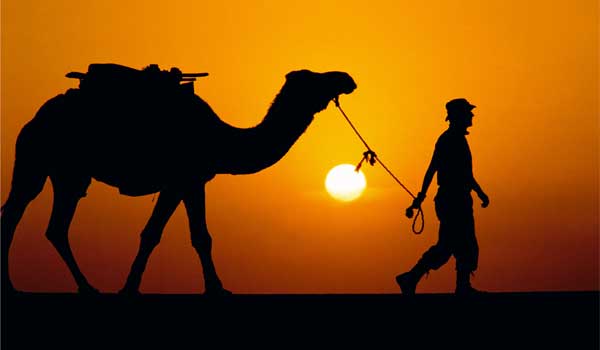 To expand this neglected branch of the economy and create good conditions for tourists, the government wants to restore historic buildings, build infrastructure, train specialists, develop craft (to preserve rich folk traditions) and marketing, and form a tourist image of Kazakhstan.

“Today we are facing new challenges in the global economy, so it’s a good time to start an ambitious project,” Deputy Foreign Minister Roman Vassilenko told me in Astana. “I believe in success, since we have many tools to use for that. Our country is good for sightseeing, strong cultural diversity, and the climate is attractive at any time of the year. We have recently made a fundamental step in abolishing the visa requirement, which has led to the increased presence of foreign guests.”

Traditions draw special attention in Kazakhstan. Since ancient times, the contemporary Kazakh lands were part of the world’s largest nomadic domain of the tribes of Turkish and Mongolian origin. Interaction between the nomadic civilisations with the agrarian ones ensured the strength and prosperity of the Silk Road. Thanks to the nomads, ideas and resources wandered, and thanks to the communities that settled in cities – civilisation and culture developed. The nomadic heritage and spirituality of migrant peoples shaped the identity for many generations of the Kazakh people. Tradition is strongly cultivated here; local people often talk about their roots and love everything that reactivates their past.

Pearls of the landscape of Kazakhstan

The largest landscaping attraction of Kazakhstan – the Sharyn Canyon – is compared to the Grand Canyon in the United States. Not far from it is the village of Saty, a mountain base, for example, to Lake Kayindy, which was created only a hundred years ago because of an earthquake. It stuns you with an extraordinary picture of the forest rising from the water. According to government estimates, in 2020, around one million tourists are expected to visit the Burabai National Park in the north of the country, commonly referred by the locals as the Kazakh equivalent of the natural beauties of Switzerland, with a picturesque mountain landscape, forests, and clear lakes and air.

Internationally, Kazakhstan is viewed as an exceptionally stable state, where there are no conflicts with neighbours or domestically, along either ethnic or religious lines. Experts emphasise that a newcomer in this country can count on traditional Kazakh hospitality, which commands treating newcomers with respect and friendship.

The concept of tourism development in Kazakhstan to 2020 stipulates implementation of a number of regional cultural projects, such as Astana – The Heart of Eurasia, Almaty – the Cultural Domain of Kazakhstan, World of Nomads, Caspian Gate, or Revitalization of the Silk Road.

“And it must be emphasised that this revived, legendary trading route is a topic in itself,” says Andrey Khasbulatov, general manager of the Kazakh Scientific Institute for Cultural Research. “It is a real treasure at your fingertips. More and more frequently tourists visit the route, for example, the historic battlefields of the army of Genghis Khan in Turkestan. We showed it in the popular science film ‘The Silk Road of Marco Polo,’ which was successfully demonstrated at a film festival in Milan, as well as received in New York.”

I grew up on the Silk Road myth, so I am delighted that in 2014 it has reached a distinction of an elite nature. Due to its unique cultural value for humanity, three sites have been listed in the UNESCO World Heritage List and are subject to special protection. These are the fourteenth century Mausoleum of Khoja Ahmed Yassawi, erected on the initiative of the ruthless conqueror Tamerlane, drawing pilgrims from all across the region, as well as petroglyphs depicting mysterious idols with sun-shaped heads in the Tamgaly archaeological reserve, which has traces of settlement from around 2,000 BC; and above all, the system of routes of the Chang’an-Tianshan corridor. The 5,000-km-long road, stretching through China, Kyrgyzstan, and Kazakhstan, features 33 unique tourist attractions: the palace complexes of various empires, ancient trading houses, fortifications, Buddhist temples, navigational towers, and fragments of the Great Wall.

One needs to note the magical ambiance of the bazaars. Just as the Silk Road once brought great profits, today trade remains an element of everyday life. I experienced the spirit of the old days in the bustling, lively markets of the sophisticated Almaty; in Turkestan, once an important shopping centre; or in Taraz or Shymkent. They are full of not only fabrics and carpets, but also clothing and electronics made in China, among which Kazakhs mix with the Uzbeks, the Kyrgyz with the Chinese or the Tajik.

The international expedition project New Silk Road 2017/2018 (www.silkroad-2017.com) is in the advanced stage. Its status is enhanced by the government patronage of countries on the route running from China to Poland and the highest form of support presented by UNESCO. We want to promote our countries and their achievements and refresh the spirit of the legendary route in reference to the Chinese initiative of Belt and Road.

The latter is an ambitious vision of the transport and communications network linking the Middle East and Central Asia with Europe. Astana has embraced this historical project and intends to actively participate in its implementation. Local analysts predict that this initiative will have a significant impact on the economy of their country in the near future.

The Silk Road, which has played an invaluable role in the development of civilisation and cultural integration in many countries in the past, is one of the world’s biggest brands. Today, after catching up on the creation of own statehood, when the process of maturing of societies that define the model of economic functioning goes on throughout Central Asia, the trail reveals many potential benefits for the tourism sector of individual states.

And here lies, potentially, a recipe for success. Starting from the assumption that travellers, easily crossing this part of Asia, usually do not limit themselves to visiting only one country, it would be important to find inspiration and mechanisms for integrating the great historical region. Restore and revive the Silk Road traditions, around which national narration and the process of restoring historical memory would be built.

It is time to create a platform for international cooperation, one common, multi-lateral tourist product: the Silk Road. The attractiveness of the entire region will then be greater than of just one country. Opportunities for cooperation in new fields will widen. This could be achieved through the mutual use of the rich resources of the region, the creation of a favourable investment climate and modern infrastructure, the closer links between cities in neighbouring countries, the removal of various shortcomings, primitive obstacles and archaic procedures at border crossings. It is also time for the promotional TravelPass for international use, entitling one to enter a number of tourist facilities or use of transport, including airplane flights, or family packages, etc. All this would contribute to popularising and developing the tourist image of the Silk Road; thus, increasing its potential.

This idea also has room for Poland. One should recall that at various times our land also served as a crossroad for the transit routes of long-distance trade of bigger or smaller significance. In the pre-Piast times, from the North to the South, the Amber Road, an equivalent of the Silk Road, was created at roughly the same time. This land-water artery, a pearl of the European cultural heritage, led from the Baltic Sea, through Żuławy, the largest centre for the processing of the amber (the “Baltic’s gold”), up the Vistula, then Warta, Prosna, Upper Odra, to Kłodzko Valley and from there to the Moravian Gate and beyond, through the Alpine and Carpathian Passes to Italy and Greece.

From East towards Western Europe, the Road from the Volga Region, where the Silk Road, frequented by many caravans during Genghis Khan’s conquests who did not dare to go from Bukhara to Persia and beyond, but bounced northwest to reach the Volga, it intersected between the 10th and the 13th centuries with another trade route know as From the Vikings to the Greeks and earlier with the Volga Trail, linking Scandinavia and the Finnish Gulf with the Caspian Sea and the Persian Gulf through the network of rivers. The latter route led from the mouth of the Volga River, through Kyiv, Krakow, and Wroclaw, to Magdeburg and further. Goods were also transported from Krakow to Prague and southern Germany.

Recently, the air link between Warsaw and Astana has brought Kazakhstan closer to Poland. My compatriot, Franciscan friar Benedict of Poland (Benedykt Polak), who reached Kazakhstan long before the Marco Polo expedition, had to travel there for many months. For today’s traveler, it is a matter of fewer than five hours. Although it will not bring mass tourism yet, it will surely move Kazakhstan up in the coming years in the world ranking for travellers.

The author is Italy-based Polish journalist, traveller, explorer, and propagator of survival skills.