ASTANA – The public bicycle system of the Almaty Bike project recently expanded its service, making available for shared use an inexpensive means of transportation. 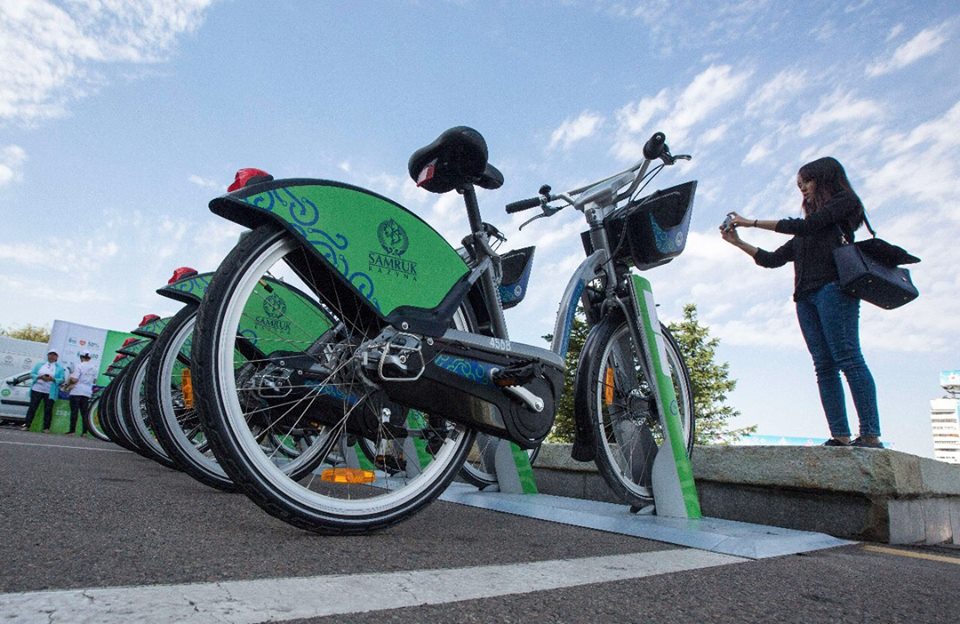 The project, implemented by the Samruk Kazyna Sovereign Wealth Fund and Almaty’s Akimat (city administration), intends to make it easier to cycle in the city. The bike share system encourages the public to engage in a healthy form of transportation that also benefits the environment. The system provides an alternative to public and private automobile transportation and is intended for short trips.

“There are 50 bicycle stations with 270 bicycles around the city. On July 31, the team of the Almaty Bike social and innovation project launched 31 new bicycle stations under the second phase of the project. They will be located in the streets of Tole bi, Raiymbek, Mametov, as well as in the Central Park of Culture and Sports,” the press service of Almaty bike reported.

The second phase of the project provides for installation of an additional 150 bicycle stations with 1,460 bicycles, which will cover the main business part of the city. The phased launch of additional bike stations will be carried out during the July-September period. The area of ​​coverage is about 98 square kilometres.

Any Almaty citizen and guest of the city, having registered in the system and having added money to his or her account, can rent a bicycle at any bike rental station, make a trip and return the bicycle to any other station.

The operation of the system does not require connection to the city communications, since it operates on solar energy.

Similar systems are available in Shymkent and Astana.