Sword of Kenessary Khan to be delivered to EXPO 2017

ASTANA – The Days of the South Kazakhstan region are coming Aug. 29-Sept. 3 to EXPO 2017. Artists from the southern part of the country will offer a colourful concert and programme, demonstrate historical and cultural heritage and present rare exhibits such as the sword of Kenessary Khan. 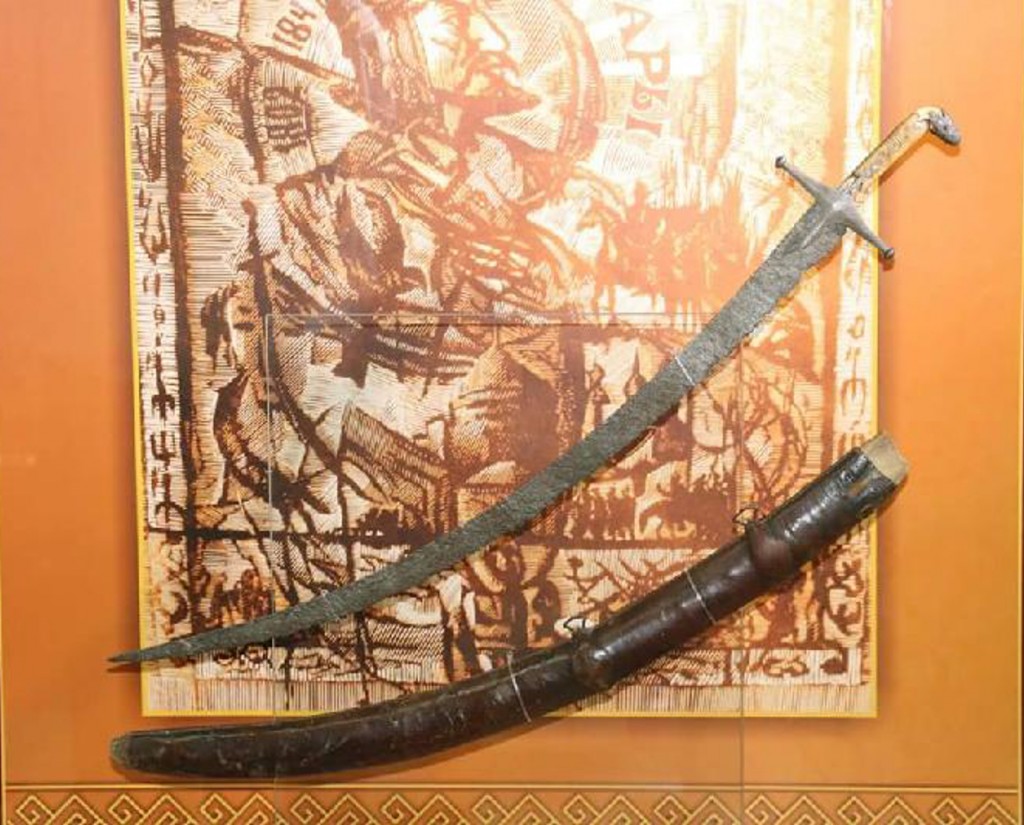 Hundreds of unique exhibits will be delivered to the capital from the South Kazakhstan Regional Museum of Local History. Among the exhibits are weapons and carpets, natural minerals and rare photographs, ancient books and even a besik, a national cradle dating to the 18th century. The cradle, in which young women lulled their babies more than 200 years ago, was made without a single nail. The display will also include jewellery, household items and samples of clothing worn by men and women during the period.

“Kazakh national dress differs in cut, shape and design in each region of Kazakhstan. We show the clothes of young men and women at the end of the 19th century. In addition, we will present the complete decoration of the yurt exactly in the way it was in our southern region,” said museum excursions and information department head Bibi Koshanova.

One of the museum’s most valuable exhibits is the sable of Kenessary Khan, an iron sword with a handle made from bone and skin. The weapon measures 70 centimetres, the handle is 15 centimetres and the blade is about 3-4 centimetres wide. Together with the scabbard, it was donated to the museum by Kenessary – Azimkhan’s grandson in 1931.

Expo visitors will also witness photos and short films detailing the patriotism of famous Kazakh wrestler Kazhymukan Munaitpasov. The display will include his personal belongings, including 48 gold and silver medals won at world championships, sports equipment and heavy stones used in training.  He was 74 when he participated in an event in 1945 dedicated to the 100th anniversary of great poet Abai Kunanbayev and the clothing he wore will also be presented.

“The museum of Kazhymukan Munaitpasov is our pride. We want expo guests to see what the legendary Kazakh wrestler was famous for,” said regional culture department head Nurbolat Akhmetzhanov.

Munaitpasov’s personal belongings will be delivered to the capital from the regional museum of sports named for him in the village of Temirlan, Ordabasy district.