ASTANA – The Qatari pavilion is hard to miss, for its glaring steel heads fidgeting in the wind attract the attention of many from afar. It is nearly impossible to pass without taking a picture. 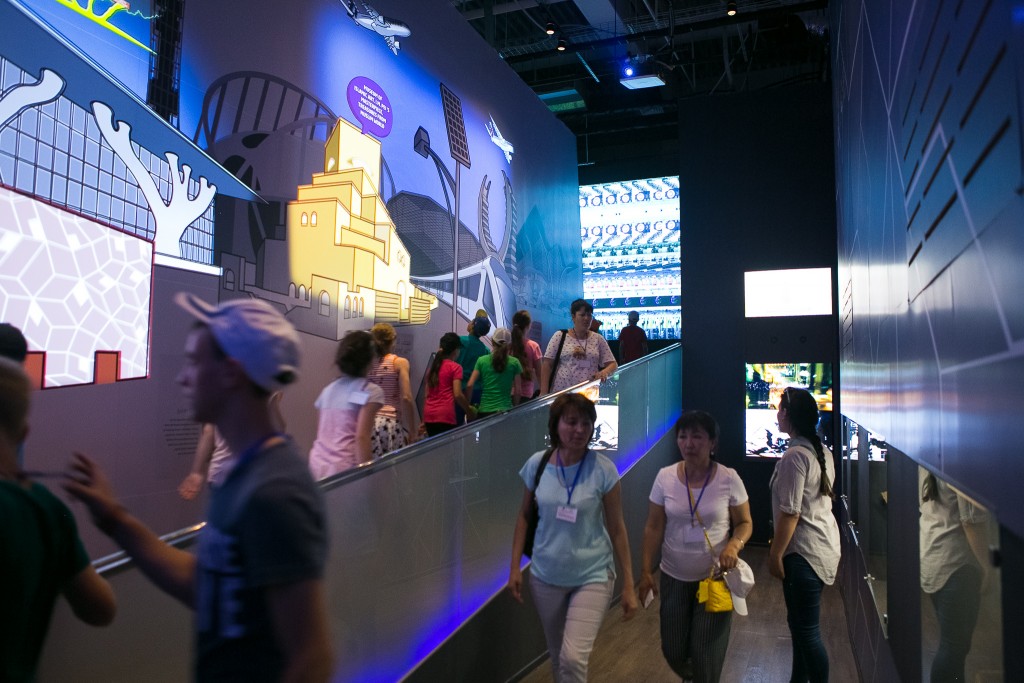 The nation of 2.8 million on the Arabian Peninsula is 235 times smaller than the size of Kazakhstan, yet it boasts some of the world’s largest natural gas and oil reserves.

“As you well know, the theme of EXPO 2017 is Future Energy,” said pavilion director Mohammed Saeed Al-Bloshi in an interview with The Astana Times. “The theme of our pavilion is New Energy Horizons, but we also wanted to show visitors the history of Qatar.”

The pavilion is divided into three parts – past, present and future.

“In each part you will see different information about Qatar. The welcome area shows our hospitality, where visitors are greeted in 16 languages, including Arabic. In the second part, visitors will see how we used energy in the past. Then the story highlights when our country discovered oil and everything started to change, especially from 1950 until the 2000s when we started to switch to natural gas.”

Today, Qatar is the world’s top exporter of liquefied natural gas (LNG), with Japan and South Korea being the country’s largest importers.

According to the pavilion guide and official information provided, “Lusail City extends across an area of 38 square kilometres and includes four exclusive islands and 19 multi-purpose residential, mixed use, entertainment and commercial districts. It is a comprehensive arena with leisure spots, residential buildings, commercial towers, avenues and public marinas. The city of the future can accommodate 200,000 residents and 170,000 employees; it will also welcome over 80,000 visitors. The total estimated capacity of Lusail will eventually reach 450,000 people. The city also includes numerous residential units, office buildings of various sizes and 22 hotels with different international star ratings, making it an element of attraction for investment in Qatar.”

Al-Bloshi, who noted the visit wasn’t his first time in the capital, said there are many cultural commonalities between the countries.

“There are many similar cultural things between Qatar and Kazakhstan. You have nomads and we have Bedouin people. You have a yurt and we have a Bedouin tent; it’s a different shape, but the idea is the same. You have berkutchis and we have falcon hunters; there are so many related cultural things including the musical instruments. I also like Astana; it is a clean and new city – like a part in Doha – the New Doha, it has more buildings made of glass,” he said.

The Qatari pavilion hosts approximately 5,000 visitors on weekdays and up to 11,000 on weekends. At press time, approximately 450,000 guests had toured the pavilion since the beginning of the exhibition, said Al-Bloshi.