Pierre Cardin to present his new collection in Astana

ASTANA – World-famous designer Pierre Cardin will arrive in Astana Sept. 1 to present his new collection designed specifically for Kazakhstan. The show will last three days and feature 120 outfits with more than 300 accessories. 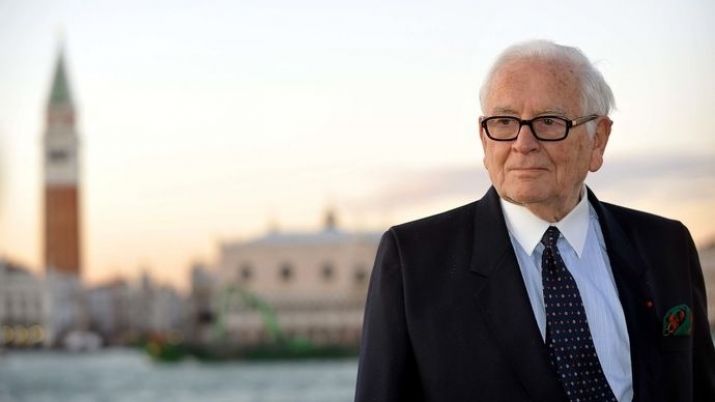 Kazakh fashion lovers have a chance to enjoy a fashion show, but there is more to it than that. Another creation of Cardin, a musical adaptation of Oscar Wilde’s famous “The Portrait of Dorian Gray” called “Dorian Gray: The Beauty Has No Mercy,” will premiere during the evening show.

“Pierre Cardin is coming to Astana for the first time. The collection is new; therefore, the details are not disclosed. This is a professional secret. We know only the number of outfits and accessories and that the collection was prepared specifically for Kazakhstan,” Gulnar Zhunussova, a Kazakh designer and head of the show’s partner Inkar Sezim studio,  said during a press conference.

Pierre Cardin’s full collection was presented in Astana in November, but this time the French designer of Italian origin is going to personally visit the Kazakh capital.

Cardin’s team will bring five models, three Italians and two Russians, while other models will be selected in Kazakhstan, according to Zhunussova.

The 95-year-old designer would like to see tall models with Asian features in his show. “One of them is Zhanna Zhumaliyeva, Miss Kazakhstan 2011 who made it to the top ten at the Miss Universe. A big casting will take place in the end of August, where the team will select 25-28 models, including male models,” added the Kazakh designer.

The show is organised as part of the EXPO 2017 cultural programme along with fashion festivals and contests that are scheduled to take place within three days, in which Pierre Cardin will sit in the jury panel.