ASTANA – “Megastructures: Astana, City of the Future,” National Geographic’s new documentary about the capital’s architectural structures, premiered as part of EXPO 2017. The film includes interviews with expo head Akhmetzhan Yessimov as well as architects Gordon Gill and Norman Foster, who were involved in the city’s design. 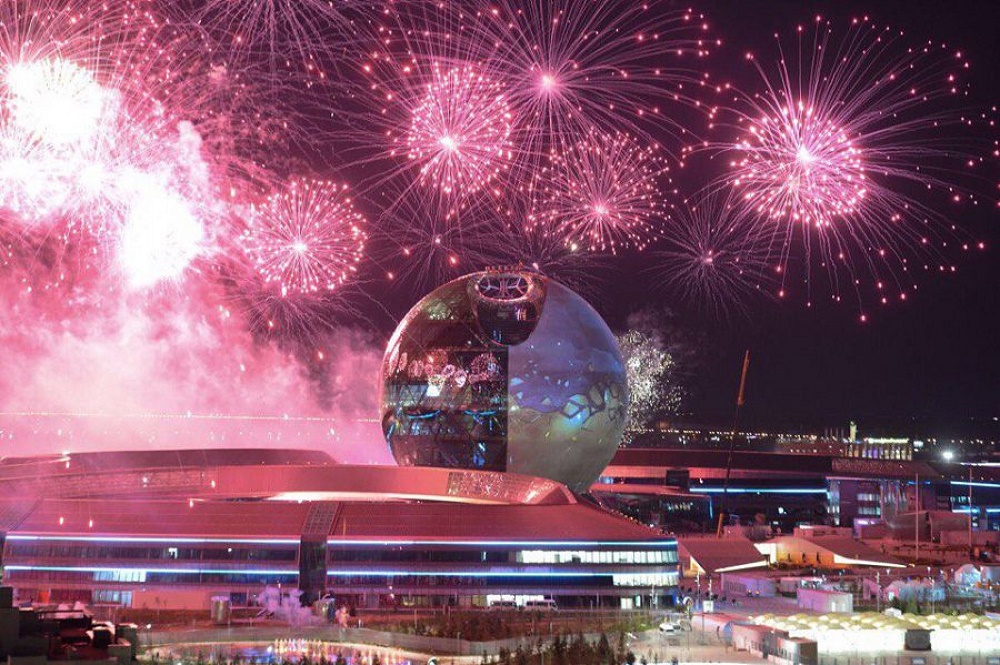 “We are a young country; our independence is only 25 years,” said Kazakh President Nursultan Nazarbayev in the opening interview for the documentary. “During those years, the city where only 150,000 people used to live – it was a provincial town – became a city with a population of one million. By 2030, it will probably rise to two million.”

“We were rising up all of these years; the economy rose 22 times over. The energy of the future and renewable resources of energy are today’s drivers of technical progress in the world,” he added.

The head of state described the city planning.

“We have built a new district in our capital – a beautiful, modern and high-tech area,” he said referring to the EXPO 2017 district. You can see the sphere – it will be the biggest sphere-shaped building in the world. The sphere has eight floors – each floor will showcase a different kind of alternative energy. The initial vision is complete – the symbiosis of person, nature and stone. The city has its own way of living now; it develops by itself and this is impossible to stop.”

The documentary is part of the National Geographic TV Megastructures series about the world’s symbolic architecture. Each episode dives into the historical insight, construction and operation of the largest edifices such as Burj Khalifa in Dubai, Petronas Twin Towers in Kuala Lumpur and Eurotunnel.

The episodes unveil the complex tasks, extraordinary engineering solutions and building technological innovations used to erect these new world wonders. In the capital, in addition to the unique architecture of EXPO 2017, the film focuses on Khan Shatyr shopping and entertainment mall, Baiterek Tower, Nursultan Nazarbayev International Airport and the recently-built railway station.

“Through the support of Kazakhstan, we made a documentary that is compelling, entertaining and a true reflection of one of the youngest capital cities in the world,” said the film’s executive producer and CEO of Off the Fence production company Ellen Windemuth.

“The capital of Kazakhstan struck us with its interesting buildings and the scale of the project,” Ivan Bouso, Executive Producer, National Geographic Partners, Europe & Africa, told the media.

“National Geographic is known for being a leader in visual storytelling and through our popular Megastructures television series franchise, Astana is a perfect subject to create a premium documentary about this astounding city,” said Deborah Armstrong, Executive Vice President, National Geographic Partners, Europe & Africa.

The world premiere screening took place Aug. 10 on the National Geographic Channel in more than 40 countries in 22 languages. The documentary will be broadcast on National Geographic’s international channels till the end of August.