More than 250 projects worth $5.1 billion launched in first two years of industrialisation plan

ASTANA – Kazakhstan launched 258 projects worth 1.7 trillion tenge (US$5.1 billion) in the first two years of its second five-year industrialisation plan. The plan is meant to diversify the country’s economy and boost domestic production. 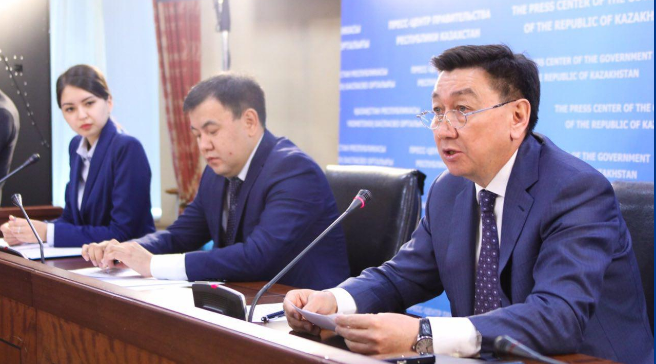 Kazakhstan’s First Vice Minister of Investments and Development Alik Aidarbayev reported on the country’s progress in its State Industrial and Innovative Development Programme for 2015-2019 during an Aug. 22 press conference.

“In line with the industrialisation road map, we continue launching new ventures, creating and preserving jobs. We unveiled 258 projects worth 1.7 trillion tenge (US$5.1 billion) since the beginning of the second five-year plan in 2015. We created 21,000 jobs. Since the beginning of this year, 32 projects worth 489 billion tenge (US$1.47 billion) were commissioned, providing jobs to 3,900 people. Over the industrialisation years, [since 2010] 1,060 projects amounting to 5.1 trillion tenge (US$15.33 billion) were launched creating 100,000 jobs,” said Aidarbayev.

One of the key goals of the programme, according to the vice minister, is the diversification of the predominantly resource-based Kazakh economy and the subsequent increase of the processing industry’s share in the domestic market.

“Our economy needs diversification and this programme has been working for several years now. The results are evident and every year we are witnessing the growth of the processing industry. It constitutes 12 percent of the current [gross domestic product] and 30 percent in the economy in general,” added Aidarbayev.

A rapidly growing sector in the domestic economy, the processing industry also serves as a main driver of industrial growth, according to Aidarbayev.

“Within seven months of 2017 the real growth in the processing industry was 6.3 percent, while production grew 5.3 percent. The volume of exports totalled $6.2 billion, which is 27.8 percent more than in the same period last year. This is due to the favourable conditions in international markets and expansion in new foreign markets. The amount of investments in the processing industry is estimated at 411 billion tenge (US$1.24 billion) in the first half of 2017, which shows a 2.7 percent increase compared to the same period last year,” noted the vice minister.

One hundred projects worth more than one trillion tenge (US$3 billion) are to be implemented by the end of this year.