By Zhanna Shayakhmetova in Business on 31 August 2017

ASTANA – Approximately 500 new locally made items have appeared on the market in the past seven years, said Kazakh First Vice Minister for Investments and Development Alik Aidarbayev at a government press conference in late August. 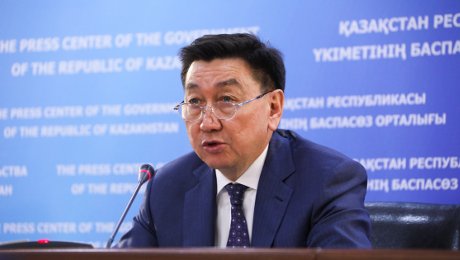 The projects launched as part of the industrialisation map produced items which represented 18.5 percent (1.4 trillion tenge [US$4 billion]) of the total manufacturing industry output in 2016.

Plans are underway to commission more than 100 projects estimated at 1 trillion tenge (US$3 billion) and creating 10,000 jobs in the second half of the year.

More than 250 projects valued at approximately 1.7 trillion tenge (US$5 billion) have been implemented and 21,000 jobs created in the manufacturing, pharmaceutical and food production industries in the past two years. Thirty-two projects generating more than 489.8 billion tenge (US$1.4 billion) were started this year.

“All these enterprises, of course, operate in different sectors of the economy. Prommashkomplekt is one of the largest enterprises in the machine industry and is expected to produce wheel sets for waggons. Yessil House will produce high-quality aluminium in the Pavlodar region. The enterprise was launched with the participation of German investors,” he said.

Product diversification and manufacturing sector growth are the major goals of the industrialisation programme. The manufacturing share of the GDP was 12 percent and reached 30 percent in the economy as a whole.