ASTANA – What happened to Kazakhstan’s defence industry after the collapse of the USSR? How did it manage to establish a new military equipment production? What is the Kazakh defence industry proud of? And what is it currently working on under the “secret” stamp I We sought answers to these and other questions in an interview with Vladimir Bobrov, former deputy of the Senate of Kazakhstan’s Parliament  and currently independent  director of JSC National Company Kazakhstan Engineering (governed by the country’s Ministry of Defence and Aerospace Industry). 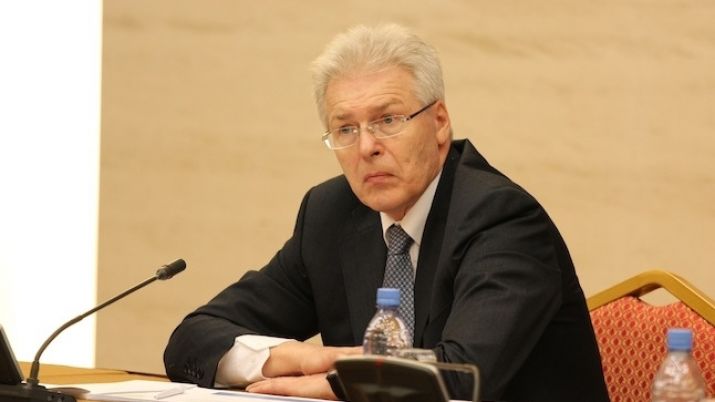 President Nursultan Nazarbayev recently tasked the Minister of Defence and Aerospace Industry of Kazakhstan Beibut Atamkulov with developing the defence industry complex on the basis of advanced scientific and technical achievements. Is there a basis for this in Kazakhstan?

During the Soviet time, the military-industrial complex was a powerful system of enterprises producing military equipment, weapons and ammunition. One third of all material, financial, scientific, human and technical resources was spent on solving the country’s security problems.

In the Soviet period, about 50 enterprises of the defence industry complex were deployed in Kazakhstan. They mainly specialised in the production of weapons for the naval forces, weapons for tanks, small arms, missile systems and air defence systems’ components.

The Almaty Machine Building Plant named after Kirov was in the forefront. It was the world’s largest torpedo manufacturing enterprise.

The Petropavlovsk Heavy Machinery Plant, which specialised in the production of medium-range ballistic missiles, was one of the flagships of the Soviet defence industrial complex. The factories of Uralsk, which produced communication and navigation equipment for ships and submarines, missile systems of coastal defence are also worth noting.

After the collapse of the Soviet Union, the independent Kazakhstan inherited a solid inheritance – 200,000-strong armed forces, a huge amount of weapons and military equipment, buildings and military units. Thus, the Kazakh army received Soviet-made equipment. But after the collapse of the Soviet Union, economic ties also collapsed, domestic enterprises were in a difficult situation: on the one hand, we no longer received parts from other republics, on the other, our products were not in demand, as there was no market. As a result, the plants of the defence industry refused to produce new products and began to deal only with repairing and modernising the remaining Soviet equipment.

Fortunately, Kazakhstan managed to maintain the human potential for research and development.

So, was it the human resources that played a crucial role in restoring Kazakhstan’s defence industry?

Exactly. Almost seven thousand people work in our teams. At the same time, young people work in all our new enterprises created in recent years. For instance, there are Bolashak scholarship holders, Nazarbayev University graduates, Karaganda State Technical University (KSTU) graduates  working in Kazakhstan Paramount Engineering. The workers were retrained in South Africa, as well as at the KamAZ-Engineering joint venture with Russia. And this is just one example.

As for our other enterprises, we organise further training for specialists in countries such as Singapore, the Netherlands, Turkey, Spain, Germany, France, and Belarus.

And how much has the range of domestic military equipment expanded over the years? Does our defence industry have something to be proud of?

Sure. Today, Kazakh enterprises produce ships, unique combat vehicles, helicopters, optical instruments, communications and radar reconnaissance systems, salvo fire systems and much more that is being used by our army. We can take the current year’s indicators as an example. Kazakhstan Aselsan Engineering LLP that specialises in the manufacture of night vision devices, electronic cards and optical lenses, made the first deliveries of thermal imaging sights, which are applied at night and daytime in all weather conditions, to Turkey.

In the Almaty region, a joint Kazakh-French enterprise Granite-Tales Electronics was set up in April this year to produce radar stations of a new generation named NUR. These stations will be used for reconnaissance and airspace control and will become one of the best in the world in terms of their tactical and technical characteristics.

By the way, this is the first project of this kind in Central Asia. With its implementation, more than 70 percent of products will be made locally. All the nodes, units, communication equipment and special automotive equipment required for the project will be produced in Kazakhstan.

In addition, on July 18, specialists of the Ural plant Zenit launched a speedboat for the Border Guard Service of Kazakhstan’s National Security Committee. It is the 27th boat that was produced at the enterprise.

The boat has high speed and manoeuvrability. This, along with a low draft that allows it to enter rivers, gives the border guards the most effective way of fighting off violators of the country’s  sea borders and poachers. The special feature of this boat is the improved living conditions for the crew.

It should be noted that all the new items of the domestic defence-industrial complex were presented at the military parade dedicated to the 25th anniversary of the formation of the Armed Forces of the Republic of Kazakhstan May 7 in Astana.

Last month, an agreement on cooperation between Kazakhstan Engineering and the Russian MiG was signed. What do you expect from this?

Indeed, at the MAX 2017 13th International Aviation and Space Salon, an agreement was concluded July 19 on cooperation between Kazakhstan Engineering and MiG Russian Aircraft Corporation.

The agreement provides for joint promotion of the MiG-35 multipurpose fighter and localisation of production of separate units and units of MiG aircraft in Kazakhstan. Thus, a full-fledged service centre for servicing aircrafts manufactured by MiG will be established in Kazakhstan, and Russian specialists will train the engineering and technical staff from among Kazakh employees.

As we see, the agreement signed is aimed at expanding military-technical cooperation between Kazakhstan and Russia and the further development of Kazakhstan’s aviation industry.

By the way, we are already supplying about 40 products not only for MiG, but for other aviation enterprises in Russia.

Your argument is that domestic military products are competitive in the world market. And if our products are so good, then there is demand and, as a result, an economic effect. Is there a real increase in the share of the defence industry in the country’s GDP?

Here I would like to emphasise that a full-fledged creation of a defence industrial complex takes several years and, consequently, constant support from the state. According to forecasts, defense industry development will lead to an increase in the industrial sector of the economy.

Here are some statistics. In 2010-2017, the defence enterprises that are part of the Kazakhstan Engineering saw a five-times increase in production volumes and a threefold rise in labour productivity. These enterprises became profitable.

In 2016 alone, the enterprises of Kazakhstan Engineering produced ten percent of all machine-building production in Kazakhstan, contributing to the diversification of the country’s economy and GDP growth, which is additional proof of the demand for the available scientific and production potential.

It goes without saying that part of Kazakhstan Engineering’s work is classified, but I think you can slightly open the “veil of secrecy” and talk about further plans. Certainly, there are new projects that will serve for the benefit of the country.

Today, Kazakhstan’s defence industrial complex faces the task of implementing the ‘Future Soldier’ project. It will be a combat kit, including modern means of protection, communications, surveillance and targeting, weapons and ammunition.

Now the Ministry of Defence and Aerospace Industry are deciding on what exactly should be included in the domestic combat equipment kit of the personnel of Kazakhstan’s Armed Forces.

In neighbouring Russia, work is underway to equip the armed forces with the Ratnik combat kit. Its own sets of equipment are already in more than 50 countries.

I have already told you about the recent launch of a speedboat for the needs of the Kazakh border guards. At the same Ural shipbuilding plant, construction of a ship with a displacement of ten times more than this boat has already begun. According to the plan, it should be put into operation in 2019.

At the same time, I would like to draw your attention to the need to export domestic military products to foreign markets.

This year, construction of the first Kazakhstan cartridge factory will be completed in Karaganda, in the territory of the Saryarka special economic zone. Kaztechnology, which is implementing this project, is already studying the possibility of supplying the enterprise’s products abroad. The launch of this plant will allow Kazakhstan to become one of the countries producing small arms ammunition.

Summarising, we can say that over the years of independence, Kazakhstan has made a huge leap in the development of its own defence industrial complex. Of course, there are still many tasks and projects ahead, as the production and repair of modern combat equipment is primarily aimed at the needs of the country’s defence, the ability to protect itself from external threats and ensure further economic development.