ASTANA – Work to prevent the spread of religious radicalism is well underway in Kazakhstan, as state agencies led by the Ministry of Religious Affairs and Civil Society are implementing a comprehensive set of measures to contend with the problem. The action is in line with the fifth direction in the nation’s Third Modernisation, Global Competitiveness Programme put forward by President Nursultan Nazarbayev earlier this year. 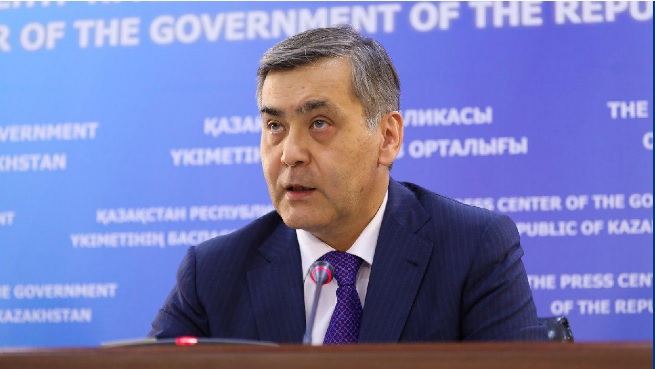 “Secular tradition is an old legacy of Kazakhstan which is founded on tolerance, peace and respect of rights of religious and non-religious people,” noted Minister of Religious Affairs and Civil Society Nurlan Yermekbayev, quoting the head of state during an Aug. 28 briefing.

The ministry developed a concept of the state policy on religion for 2017-2020 as an open message to society about the country’s perspective on the topic, he said, incorporating key tenets of the Kazakh leader’s state-of-the-nation address and public recommendations.

The document sets an “ideological foundation” for 60 amendments in the country’s 13 laws and four codes, he added. Though the amendments have not yet been endorsed, the stipulated measures are underway.

The ministry and other competent bodies are monitoring religious propaganda channels, said Yermekbayev. During the first seven months of the year, experts examined nearly 3,000 such channels and determined 1,500 were spreading illegal content.

Starting Aug. 1, the ministry, together with the Prosecutor General’s Office and the Ministry of Information and Communication, launched a cyber shield portal that allows the state bodies to combine their efforts in revealing illicit content, including printed materials. It cuts bureaucratic procedures and duplication of effort, he said.

Yermekbayev added the ministry expanded the scope of control on the content of religious associations without interfering with their canonical issues by cooperating with the 3,600 religious groups in the country.

Children will also have a new textbook, preliminarily called “Society and Religion,” which unlike previous editions places a stronger emphasis on the state’s secular principles. The content will serve to raise religious awareness among the younger population, usually the most vulnerable to radical ideas due to lack of religious knowledge.

These and other measures envisioned in the concept seek to make the work of religious associations more transparent, protect the rights of citizens regardless of their religious affiliation or lack thereof and enforce the key role of secularism.

The government acknowledged its negative position towards destructive religious groups for the first time in October and the majority of the population shares this view, said Yermekbayev.

“Over the past year, people developed a clear negative attitude and rejection of destructive religious movements. Based on a sociological survey, nearly 85 percent of the population has a negative attitude towards pseudo-Salafism. Others either do not know or are not interested,” he said.