By Staff Report in International on 5 August 2017

ASTANA – Chinese logistics centres become more accessible to Kazakhstan within the One Belt, One Road project. An initiative announced by Chinese President Xi Jinping in 2013, One Belt, One Road is aimed at reviving and boosting cooperation between countries that once laid along the Silk Way route linking Asia and Europe.

Part of the programme, since then renamed as simply Belt and Road Initiative, includes establishing a transcontinental Eurasian transport corridor. Leading Chinese transport hubs and seaports such as Lianyungang port, located in the northeastern Jiangsu province on the corridor’s eastern edge, are taking part in the project. It has three large logistics centres – railroad, sea and cargo processing areas.

The railroad sector receives rail freight trains going from Kazakhstan to China, whereas the seaport, with a cargo volume reaching 200 million tonnes per year, serves as a departure point for cargo ships travelling to 60 destinations.

The 220,000-square metre cargo processing area also hosts the Kazakh-Chinese joint terminal. The facility sends ten cargo trains every week to Astana, Almaty, Tashkent, Central Asia and Turkey and the export volume has exceeded eight million tonnes since it was unveiled in 2014.

The port’s strategic location gives landlocked Kazakhstan access to the Pacific Ocean, as the port connects to large Chinese cities as well as Busan seaport in South Korea and Osaka in Japan.

Kazakh logistics companies are particularly interested in the electronic cargo processing system that allows Internet tracking of each container ship. The technology was developed by China specifically for the terminal at Lianyungang port. The port operating company will soon send its experts to Kazakhstan to install a similar system at the large logistics terminal on the new Silk Way route. The specialists will later work to integrate all the mechanisms to enable tracking services throughout the Eurasian transcontinental corridor. 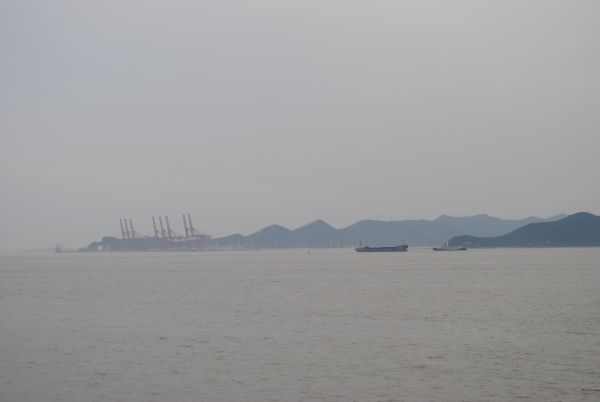 Ningbo-Zhoushan port in the same province is the world’s busiest port in terms of cargo processing volume. It houses Asia’s largest crude oil terminal and iron ore load berth with a handling capacity of 250,000 tonnes and 200,000 tonnes, respectively. Nearly 300 container ships arrive in the port monthly from different parts of the world. 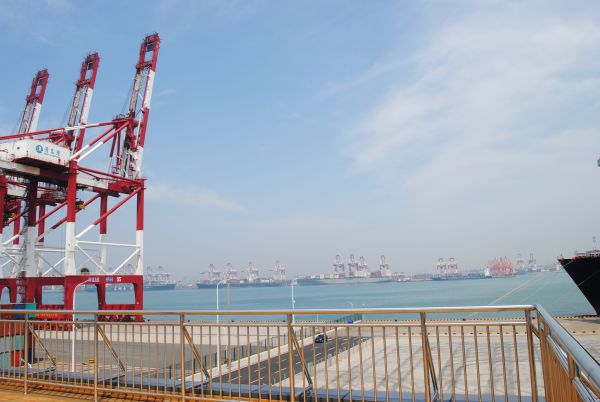 The international Qingdao port, the world’s seventh largest seaport, will also provide water access. It has trade links with 700 ports in 180 countries around the world and is now establishing cooperation with Central Asian countries. In the first six months, international cargo transit surpassed 9,000 containers.

The port is taking the industry to a new level by offering a unique automated mechanism which eliminates the need for human involvement in all processes. Chinese experts are also planning to share this technology with Kazakhstan.