Kazakhstan can be moral leader, key mediator in nuclear disarmament: head of CTBTO

By Dmitry Lee in International on 30 August 2017 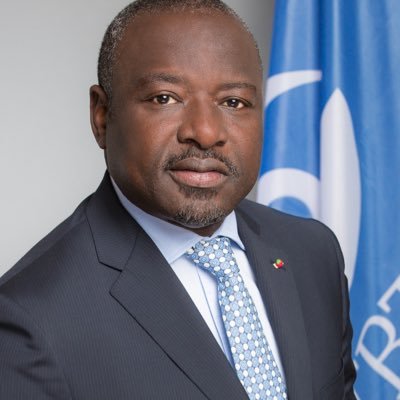 Zerbo is a staunch believer that involving youth in nuclear weapon non-proliferation and disarmament movements should be the next focus for the organisation.

“Kazakhstan has participated in many meetings with youth, as we are focusing on a big youth component. What I am trying to do as my next step is to join the efforts by [Kazakh] President Nursultan Nazarbayev, who has spent all efforts to make sure the youth in Kazakhstan are well-educated and well-aware of the risks of nuclear weapon testing in the country.”

“Now this youth needs to join youth from other countries together with what has been achieved with President Nazarbayev in Kazakhstan, so people are well aware about what happened at the Semipalatinsk nuclear test site; so that never again there would be a situation where this is possible,” he stressed.

This is an important element, he said, as it is young people who will be the leaders of tomorrow.

“And I often say they’re the leaders of today due to social media – and if so, then we should give them the tools for them to make sure their world today is safe and secure and they can prepare a better world for the next generation.”

“The world has to know that Kazakhstan has stopped nuclear tests and closed its nuclear test site and has given up the fourth largest nuclear arsenal in the world to try and promote peace and security in Kazakhstan and the region, and then for the rest of the world. Having Central Asia as a region free of nuclear weapons is an important step for both the country and its president. Then we hope his leadership in this matter will shine around the world and the region for people to understand that the 21st century should remain as a world where nuclear weapons are history.”

The IAEA Low Enriched Uranium (LEU) Bank that officially opened Aug. 29 makes Kazakhstan “shine in the international community” as a country that has taken concrete steps to resolve some global issues that led to the proliferation of nuclear capabilities, Zerbo said. The bank is a stockpile of LEU, necessary for nuclear fuel, that will be available for countries to purchase to power their peaceful nuclear energy projects in case of global supply chain interruptions.

“Kazakhstan should be commended for that,” Zerbo said. But there remains work to be done for people in Kazakhstan to understand that the bank is a force against nuclear proliferation, not a return to dangerous nuclear activities on its soil, he noted.

Aug. 29, the day of the LEU Bank’s opening ceremony, is a very symbolic day for the CTBTO, Zerba highlighted. “It’s the International Day against Nuclear Testing and [we are] the only organisation that cares about this issue right now.”

The CTBTO, established in 1997, is an international organisation that will only be fully operational upon the entry into force of the CTBT – which is yet to be signed and ratified by eight so-called Annex II states with nuclear weapons or nuclear weapon capabilities: China, Egypt, India, Iran, Israel, Pakistan, North Korea and the U.S. Until then, the organisation is the preparatory commission. One hundred and eighty-three countries have signed the treaty to date, and 166 have ratified it; however, international experts speculate that the eight countries that have not signed and ratified are unlikely to join any time in the near future, as we still live in a world where nuclear weapons are seen to guarantee security.

Zerbo has an important message about that.

“Prohibition of nuclear weapons can’t happen in a snap,” he said. “It needs negotiations, agreements and compromise. On the one hand, we have two countries in the P5 [the five permanent members of the US Security Council] – the U.S. and China – their ratifications are pending. On the other, we have Iran, Israel and Egypt in the Middle East; while India, Pakistan and North Korea have not even signed the treaty. Experts say that China is waiting for the U.S., Iran is waiting for Israel, India is waiting for Pakistan and so forth – but someone has to take leadership. Of course, any of those remaining eight countries’ leadership would be helpful but in the current geopolitical context, I think it is wise for the international community to inject the notion of bringing the CTBT into force as an element for confidence-building.”

Kazakhstan can help bridge this gap, Zerbo says. Kazakhstan is currently a non-permanent member of the UN Security Council, but it has also only recently become a middle-income nation and has its own development work to do. Kazakhstan, with its unique nuclear history, can mediate between these groups. “This is where I am asking Kazakhstan to play that role, because Kazakhstan is among those two [groups], as it has good relations with the P5 countries and the Group of 77 [coalition of developing nations],” he said.

“Kazakhstan has a role to play using its moral obligation to make people understand that we all want to achieve a world free of nuclear weapons but we have to make sure that we have established the trust necessary among countries before we can achieve that dream.” It is a deficit of trust that has led people of the world to believe they need nuclear weapons to protect themselves, Zerbo believes. But this crucial trust can be built.