Kazakhstan: a promising and inspiring state

Kazakhstan is a promising state. The Great Steppe covers a large territory on the Eurasian continent: from west to east, it extends to almost 3,000 kilometres and from north to south to 1,650 kilometres – from the Altai Mountains to the Volga River delta and from the southern edge of the Western Siberian Plain to the foothills of the western Tien Shan Mountains. Kazakhstan inherits the golden history and has been granted an abundance of natural resources and magnificent human resources. 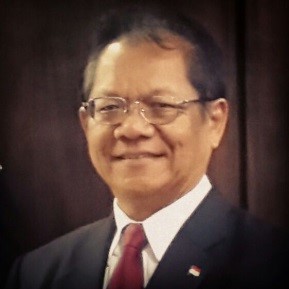 My very humble personal observation on the history of Kazakhstan is that it is filled with heroism, patriotism and is rich in culture and civilisation. From archaeological and scientific research, the richness of Kazakh history can be traced even farther back to the pre-history until the Silk Road and the emergence of Kazakh Khanate, the formation of Kazakh statehood all the way through the establishment of a new independent nation and then a dynamic sovereign state up to modern world nowadays.

The country, which was once a part of the Soviet Union, is one of the steadfast emerging economies. Within a relatively short time since its independence on Dec. 16, 1991, Kazakhstan has been growing substantially in terms of economic development and has emerged as a key player in the regional and international political realm.

On economic performance, Kazakhstan’s growth amazingly multiplied 16 times from 1.7 trillion KZT in 1997 to 28 trillion KZT in 2011. The World Bank reported that Kazakh GDP per capita skyrocketed from $1,515 in 1992 to $11,245 in 2011. Kazakhstan gained its peak in 2013 with per capita income at $13,588 before slugging to slightly below $10,000 in 2016 due to the global economic crisis and plummeted international commodity prices, mainly crude oil as the country’s main source of income.

The government has a strategic platform to develop the nation. Under the visionary leadership of President Nursultan Nazarbayev, the Kazakhstan 2030 Strategy was launched in 1997 and then renewed in 2012 for further advancing until 2050 by ambitiously targeting the country to become among the world’s 30 most-developed nations.

Blessed with an abundance of natural resources, such as oil, gas, uranium and other minerals as well as fertile soil for growing grain, cotton and other crops, Kazakhstan has all the necessary conditions to become an advanced economy. The Kazakhstan 2050 Strategy followed by Nurly Zhol (Bright Path) programme and implementation of 100 steps inked by the government are definitely the right track to gain the ultimate goal as one of the 30 most developed economies in the world by 2050.

The record shows that within two years since it was adopted by President Nazarbayev in November 2014 and by pouring about $9 billion economic stimulus programme for 2015-2019 to increase liquidity in loans to small-and-medium-sized business, infrastructure development and domestic exporters focusing on non-oil productivity, such as agribusiness, manufacturing, trade and logistics, tourism, information technology and finance, the Nurly Zhol programme created more than 100,000 jobs in 2016 as unveiled by the Minister of National Economy. The World Bank projected that Kazakhstan’s economic activity is gradually picking up and its annual growth will be in a positive trend for the year 2017 and onward.

Kazakhstan is an inspiring state. Being a natural resources rich country did not ensure an easy task for the government to ensure the successful implementation of national development programmes. The country may have to maintain domestic and regional stability, peace and security as a prerequisite for advancing the Kazakhstan 2050 Strategy, Nurly Zhol programmes and 100 steps.

In a globalising modern world, sovereign states find themselves interdependent on each other. No one can isolate from another, but must collaborate. Such a paradigm was well-taken care by the government of Kazakhstan by establishing friendly relations and cooperation with all countries guided by principles of a multi-vector foreign policy.

At his inauguration address on April 2015, President Nazarbayev reemphasised five institutional reforms to be conducted until 2020, which include reforming the public sector and judicial system. Kazakhstan continues to build closer ties with its strategic partners, including Russia, China, the U.S. and the EU as well as the Islamic world while enhancing its active role in international organisations so that it provides a conducive environment for Kazakhstan to ensure the successful implementation of these reforms.

Kazakhstan has also actively initiated and played a significant role in maintaining international peace and stability, among others by establishing the Conference on Interaction and Confidence Building Measures in Asia (CICA) in 1992, the Congress of Leaders of World and Traditional Religions in 2003 and the Central Asia Nuclear Weapon Free Zone effective on 21 March 2009. The government also closed in 1991the nuclear test site in Semipalatinsk. Inspired by the closure of Semipalatinsk Test Site and the Kazakh government’s decisive action in promoting a nuclear non-proliferation regime, the United Nations declared Aug. 29 the International Day against Nuclear Tests. Kazakhstan also is committed to peace by facilitating peaceful solution efforts on the Iran nuclear deal and Syrian conflict by hosting meetings between the countries and parties concerned.

Besides, the significant contributions and active role played by Kazakhstan within regional and international organisations led Kazakhstan to become a non-permanent member of the United Nations Security Council for 2017-2018.

Indonesia and Kazakhstan have so far enjoyed close and cordial relations since June 1993. The two countries shared many things in common and mutual interests. It is well known that Indonesia and Kazakhstan also play significant roles in maintaining their respective regional stability as well as contribute towards world peace and prosperity.

As a matter of fact, the two nations are complimentary to each other. Both countries are blessed with abundant natural resources coupled by high-quality labour forces and market potential as well as rich biodiversity. Should they be well-managed by high-technology, capital and skilled management, they will bear fruit to the economic development of both nations and will in turn give value to the welfare of their respective peoples.

Kazakhstan has been passing through a long period of history from the beginning of the establishment of the Kazakh Khanate until the formation of a vibrant and dynamic sovereign state of the Republic of Kazakhstan. Kazakhstan has its optimism to progress further to achieve its goals as stipulated in Kazakhstan 2050 Strategy and realisation of the Nurly Zhol programme to become one of the developed countries and provide prosperity for its people.