By Aigerim Seisembayeva in International on 22 August 2017

ASTANA – The Kazakh Foreign Ministry and Chief Editors’ Club awarded Aug. 21 the winners of the Fourth International Kazakhstan through the Eyes of Foreign Media Contest. Authors from Azerbaijan, Israel, Italy, Canada, and the Republic of Korea were presented with diplomas, souvenirs and a trip to Kazakhstan. 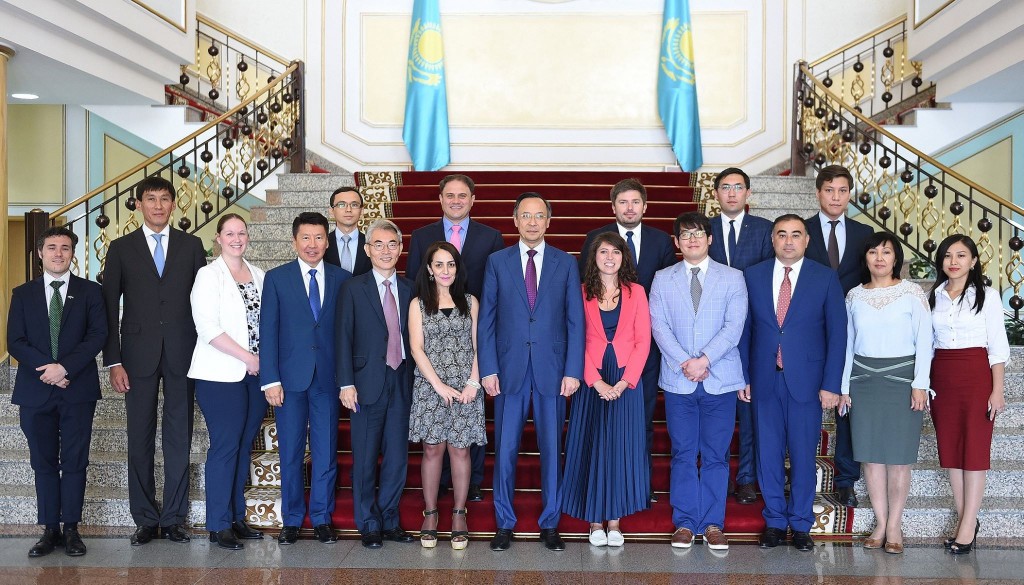 “It is a force that can change people’s mindset and encourage them to take action. The media is deservedly considered the fourth branch of power for its role as an overseer for the rest of the branches,” he said.

According to Abdrakhmanov, the one considers it a duty to encourage high quality, creativity, objectivity and impartiality of journalism. The foreign media’s publications, in his opinion, help the people of Kazakhstan receive a fresher look on their own country. Abdrakhmanov also briefed the foreign journalists on the third modernisation – the current political and economic reforms, as well as the priorities of the modernisation of national identity, which he called the modernisation of the mindset. All the three aspects, linked and intertwined, are intended to accelerate Kazakhstan’s advancement to the top 30 developed countries of the world.

Abdrakhmanov noted a significant increase in the number of applications: the contest organisers received 83 submissions from 29 countries. Many of them were devoted to the theme of EXPO 2017 in Astana. 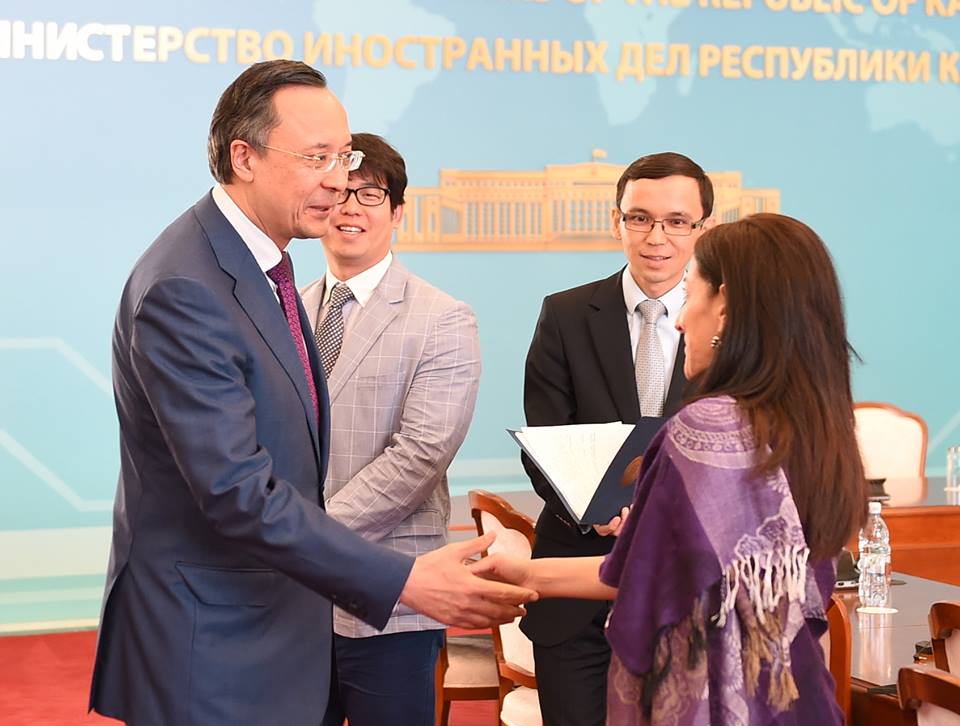 The five winners were announced in July, one from each of the five geographies. Parvana Sultanova, a reporter at the 1news.az Azerbaijani news agency, was the winner from the Commonwealth of Independent States  and Baltics. The best entry from Europe was submitted by Vocal Europe’s reporter Ilaria Capitanio, who hails from Italy. Among the American authors, Thomas Taylor from Canada was announced as the winner for his article on Wildlives.co. Joel Lee, a reporter at The Korea Herald daily newspaper, was chosen as the winner from Asia, Australia and Oceania. The winner from the Middle East and Africa was Udi Shaham from Israel, who published an article in The Jerusalem Post newspaper.

The winners arrived in Kazakhstan and started their trip in Astana. They will also visit Almaty, Kazakhstan’s biggest city and former capital, and Burabai, one of the most beautiful destinations in Kazakhstan and a popular tourist attraction. During their visit, the winners will visit EXPO 2017, cultural and historical sights, architectural pieces of modern Kazakhstan, the country’s beautiful nature and meet with officials, businesspersons and representatives of culture. 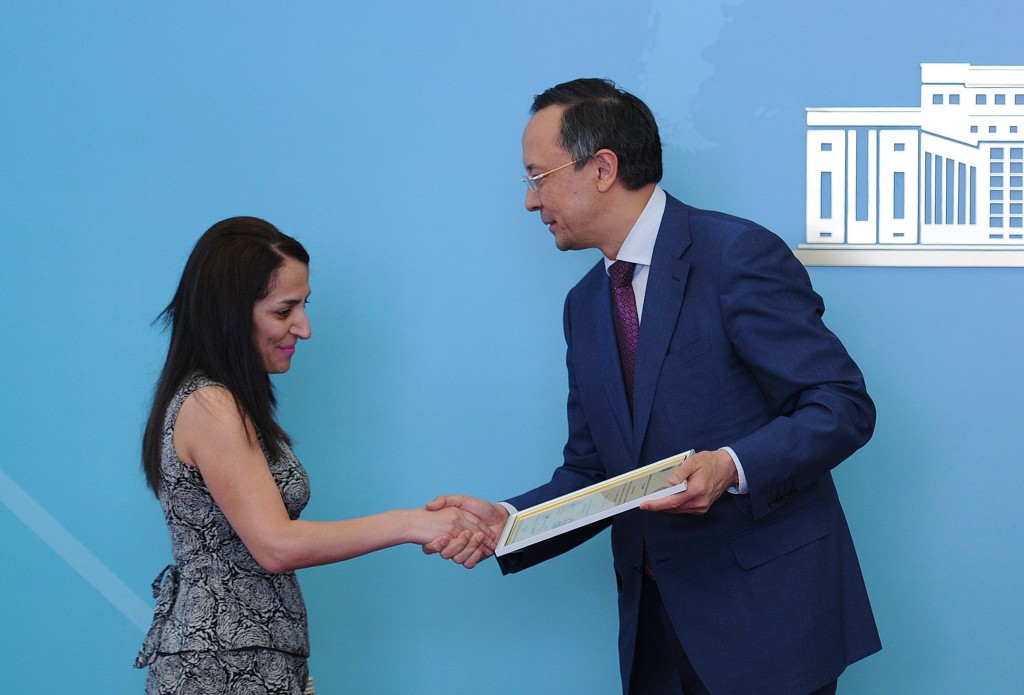 The ceremony was also attended by the President of Chief Editors’ Club, Yerlan Bekkhozhin, who noted the importance of such contests in strengthening ties between countries

LOT Polish Airlines’ spokesperson Adrian Kubicki noted the growing popularity of the newly launched direct Warsaw to Astana flight among Polish and European passengers. He highlighted that the growing attention of the international media to Kazakhstan, including through such competitions, contributes to the country’s popularity as an attractive tourist destination. 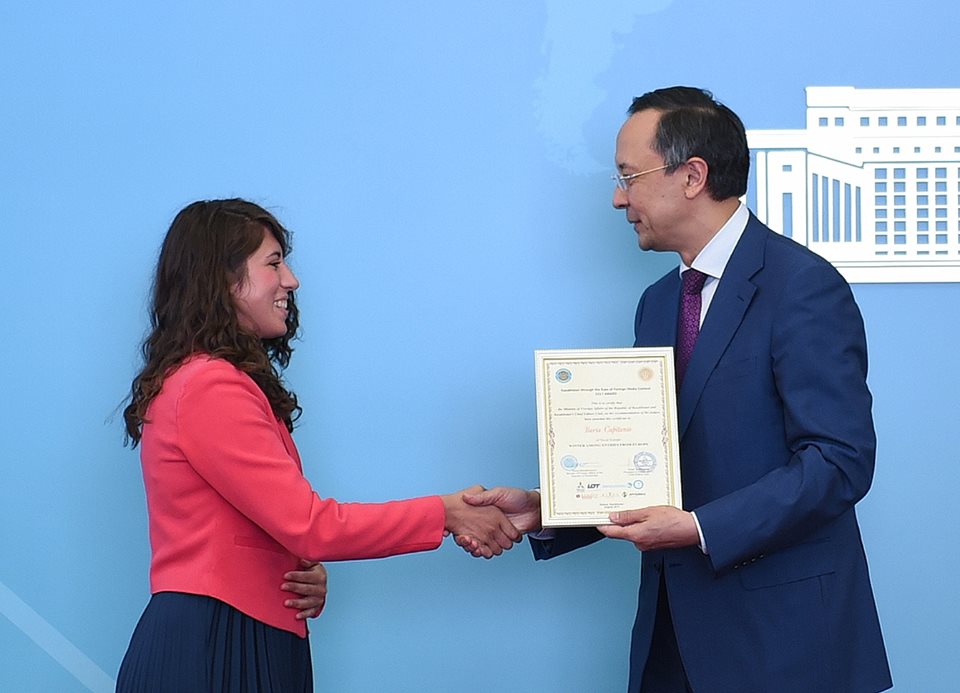 Director of Sales at Rixos Borovoe Hotel Azatbek Usuvayev said the guests were welcome to Burabai and to the hotel and expressed hope that they would enjoy their trip. He also noted that the contest helps promote Burabai abroad and attracts more tourists to the resort.

The contest winners thanked the organisers of the competition and shared their expectations from the trip. It is the first trip to Kazakhstan for Capitanio and Sultanova, and they were excited to see the Kazakhstan that they had been writing about with their own eyes. Capitanio stressed that Italy cooperates closely with Kazakhstan, but there is still great potential to develop cooperation. 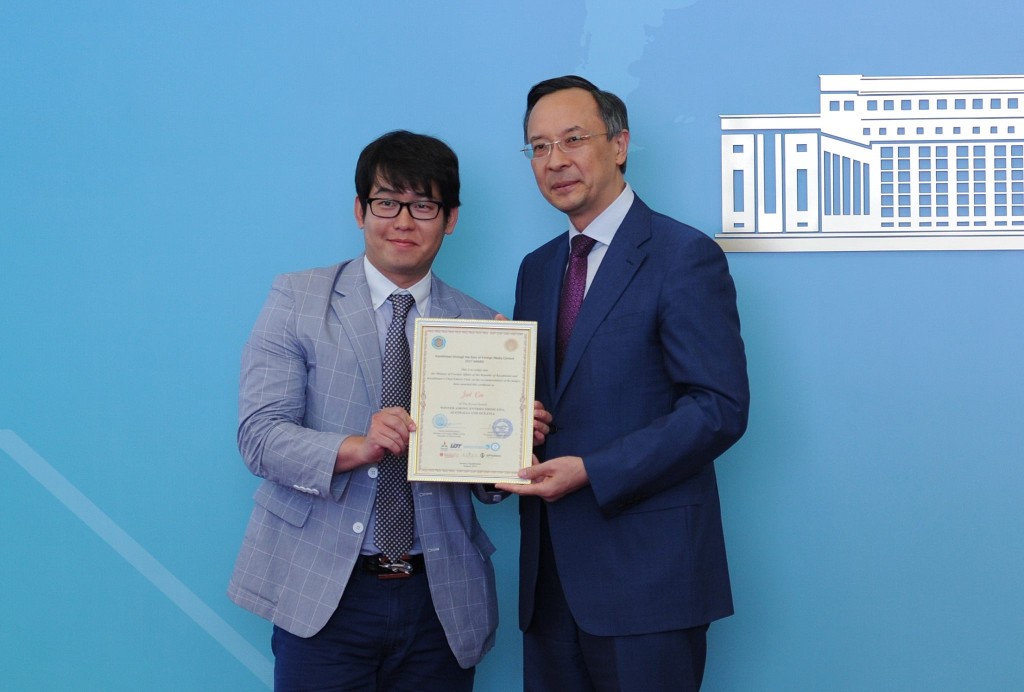 Lee noted that it was his second time in Kazakhstan and he was delighted to familiarise himself with the country. What he highlighted was that the country’s “most important beauty was its people.”

Heads and representatives of diplomatic missions of Azerbaijan, Canada, Italy and the Republic of Korea also congratulated the winners. Ambassador of Azerbaijan to Kazakhstan Rashad Mammadov highlighted the importance of such events in strengthening ties between countries and helping promote friendly and productive relations. Korean Ambassador Kim Dae-sik noted that the Korean journalist’s previous visit was fruitful in covering the EXPO 2017 opening ceremony and that the contest helps explain Kazakhstan in his country and beyond.