By Aigerim Seisembayeva in International on 8 August 2017 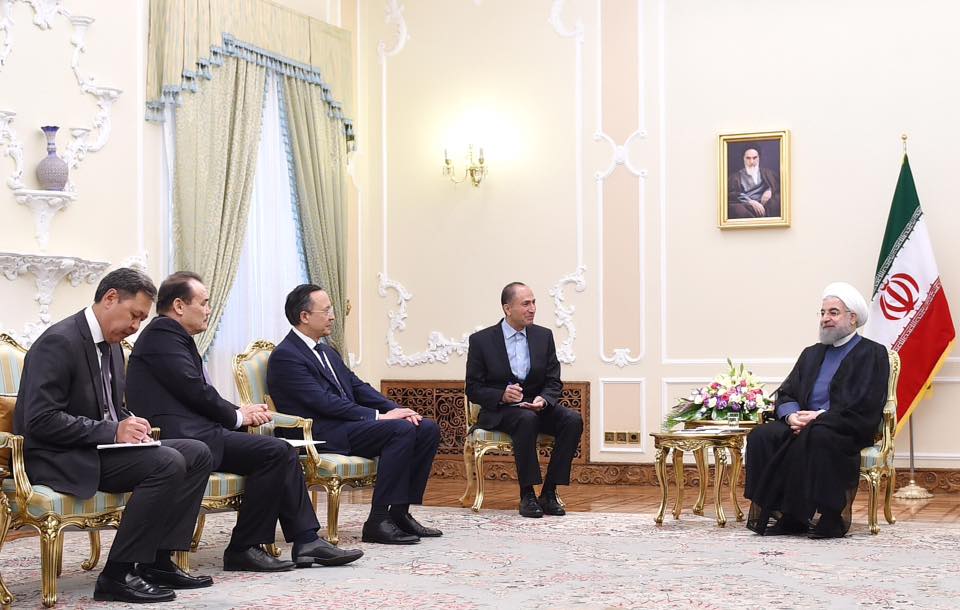 “Today is a big day not only for Iran, but also for all the friends of your country. I am honoured to congratulate you on behalf of the President of Kazakhstan, Nursultan Nazarbayev. In recent years, together with our head of state, you have brought bilateral relations to the level of strategic cooperation,” Abdrakhmanov said during his meeting with Rouhani on the same day, as reported by the Kazakh foreign ministry’s press service.

He also highlighted that the task of the foreign ministries of the two countries is to facilitate the full implementation of agreements reached during Nazarbayev’s visit to Tehran and Rouhani’s visit to Astana in 2016. It is very important, Abdrakhmanov said, to implement projects in transportation, tourism, agriculture and mining.

Abdrakhmanov briefed the re-elected Iranian President on preparations for the first Summit of the Organisation of Islamic Cooperation (OIC) on Science and Technology, to be held Sept. 10-11 in Astana. He invited Rouhani on behalf of the Kazakh President to take part in this event, which is considered important for the whole Islamic world.

“President Nazarbayev and I have personal friendly relations and full mutual understanding. The leader of Kazakhstan is a very respected person in the world; he does a lot for the whole region,” Rouhani said.

He welcomed the OIC Summit on Science and Technology in Astana and confirmed Iran’s intention to participate in the event. He also stressed the need to cooperate in the fight against terrorism and to curb its spread as terrorists are chased out of Iraq and Syria. 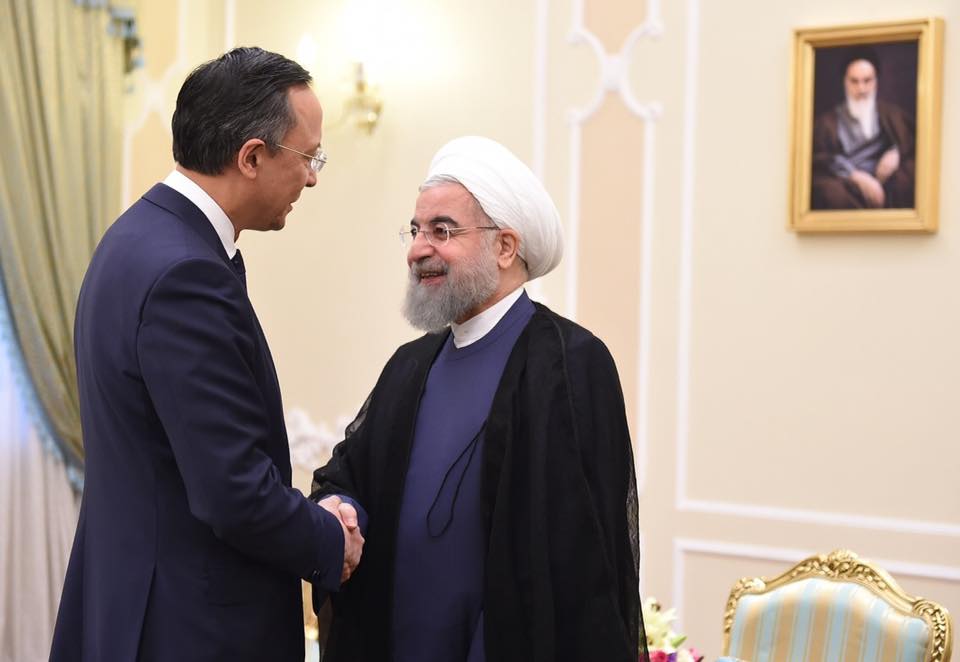 Rouhani highlighted Iran’s readiness to cooperate closely with Kazakhstan on all joint economic projects, including operations in the oil industry, the development of the Kazakhstan-Turkmenistan-Iran railroad, the establishment of sea freight and passenger transportation in the Caspian Sea and in agriculture. The Caspian states’ cooperation in trade, shipping and ecology is developing at a good pace. According to Rouhani, the legal status of the Caspian Sea is the only issue that needs a joint resolution by all the states involved.

Abdrakhmanov had a more detailed discussion concerning bilateral cooperation with his counterpart, Iranian Foreign Minister Mohammad Javad Zarif, whom he met one day earlier. Currently, there are 21 investment projects worth several hundred million dollars in joint development. Cooperation in transportation and logistics will be facilitated by the prompt opening of the Kazakh consulate in the Iranian port city of Bandar Abbas, which has already been agreed upon by the two states.

Zarif stressed that Kazakhstan is an exceptionally important friend and neighbour for Iran. Mutual visits at the highest level last year significantly advanced bilateral relations. Nazarbayev is deeply respected by Iran for his role in regional and international affairs. Kazakhstan, according to Zarif, played an important role in the achievement and implementation of the 2015 Joint Comprehensive Plan of Action on the Iranian nuclear program, and Iran hopes for Kazakhstan’s further active participation in the process. The Iranian minister also touched upon providing a simplified visa regime for entrepreneurs, increasing tourist exchanges and establishing interbank connections.

During the talks, the sides exchanged views on various international issues, including preparations for the next round of the Astana Process on Syria, scheduled for late August, the situation in the Middle East and intra-Islamic rapprochement initiatives.

During his visit to Tehran, Abdrakhmanov also held consultations with major Iranian business representatives working in Kazakhstan or intending to invest there. The minister briefed them on the measures of the Kazakh government aimed at strengthening economic diplomacy and attracting investors to the priority sectors of the economy. Iranian business representatives touched upon issues they said need to be addressed in order to build up trade and economic ties between Kazakhstan and Iran.