By Aigerim Seisembayeva in Business on 9 August 2017

ASTANA – The Kazakh economy grew 4.2 percent, the unemployment rate was 4.9 percent and investment in fixed assets increased 3.7 percent over the first seven months of this year, according to a report presented August 7 by Kazakh Prime Minister Bakytzhan Sagintayev to President Nursultan Nazarbayev. 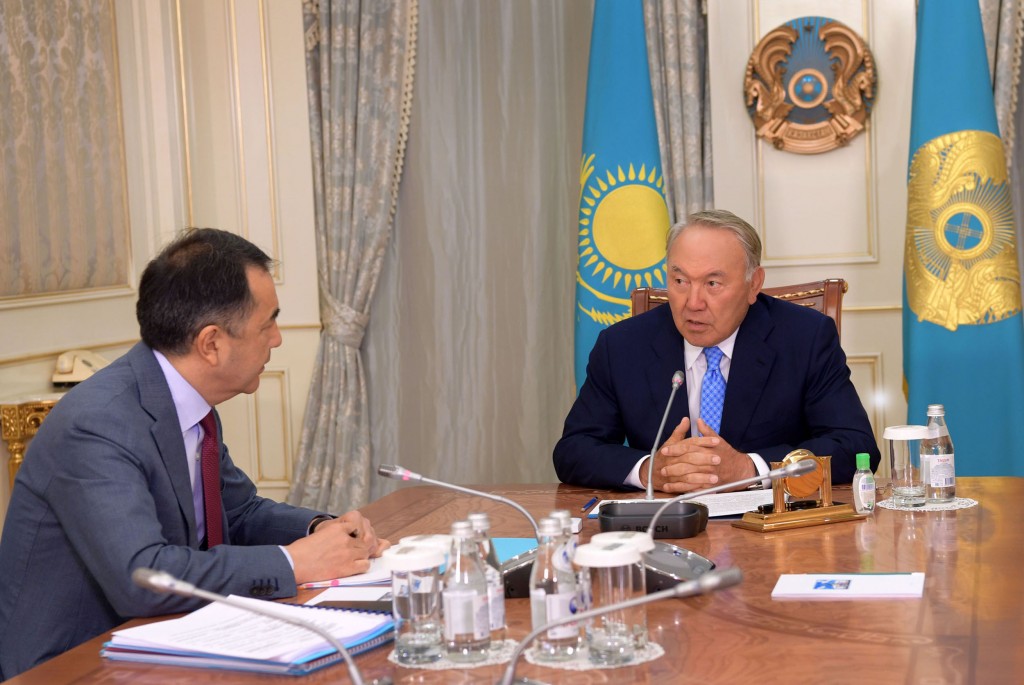 The country’s industrial programme launched 31 projects in the first quarter and plans to launch 69 projects in the second quarter, creating 10,000 jobs, reported Sagintayev.

Sagintayev also reported on the Nurly Zhol programme, noting that this year356 billion tenge ($1.1 billion) has been allocated for road construction and 600 km of roads have been built. By the end of this year, 469 km of roads will become toll roads, including the Astana-Temirtau route. The first operating toll road in Kazakhstan, he said, generates up to 1.5 billion tenge (US$4.5 million) per year, covering the cost of construction.

The Nurly Zher programme also built in the first six months of this year 5.5 million of 10.2 million square metres it hopes to complete by year’s end.

“My opinion, said President Nazarbayev in response to the report, “is that the government is working hard. I call on everyone: we have to work hard until the end of the year in order to end up with good performance indicators. There are risks, price fluctuations for our energy resources, raw materials, perhaps the influence of Western sanctions against Russia. This must be taken into account.”