ASTANA – Italian stunt person Vittorio Brumotti, known for his road bike cycling tricks, was in the capital this month to shoot several exciting new videos. A computer science teacher by profession, he became famous by making videos and posting them on YouTube. 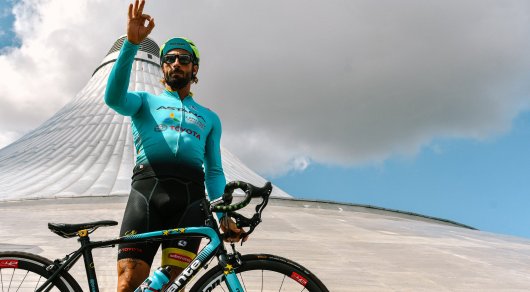 While in the city for a few days, Brumotti’s plans included not only shooting the videos, but also arranging a race show held Aug. 12 as part of EXPO 2017.

“I plan to arrange a small show at the expo, but the main goal of my visit is to shoot some videos for social media, for my YouTube channel, and to popularise the colours of Astana,” he said prior to the event.

He also posted an exciting video on his Instagram account taken on one of the capital’s bridges. The well-known cycler, the brand-ambassador of Astana Pro Team, is shown wearing its uniform. 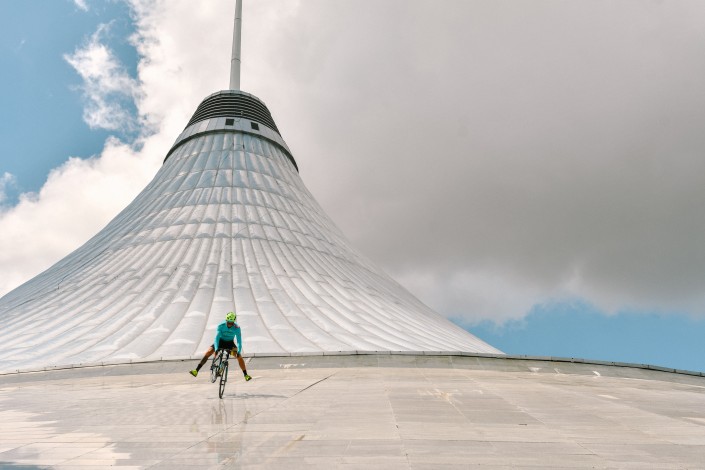 “Initially, we prepared for Vittorio to do the tricks on the M-1 Bridge on Saraishyk, but our guest liked the one that was on the video, so we got permission from the Astana administration. The trick was very dangerous, because it was so steep to climb there. He was literally crawling to get up there. He took off his shirt, tied it on to his waist and tied the bicycle on the other end of the shirt. You cannot see on the video, but there was a cameraman with him up there. We were all worried that nothing bad would happen. Thankfully, everything turned out without any accident,” she said.

The Italian also did tricks on the square near the Pyramid, in front of Baiterek Tower, on Nurzhol Boulevard, in MEGA Silk Way and on the expo grounds.

The 2006 world cycling champion, Brumotti has set several world records and is in the Guinness Book of Records. He has become known for his dizzying stunts and was invited to participate in the EXPO 2017 international race.