ASTANA – The Ironman 70.3 world race will be held in Astana next year, President of the Kazakh triathlon federation Karim Massimov told the media during the July 29-30 Astana Asia Cup Open 2017 event. 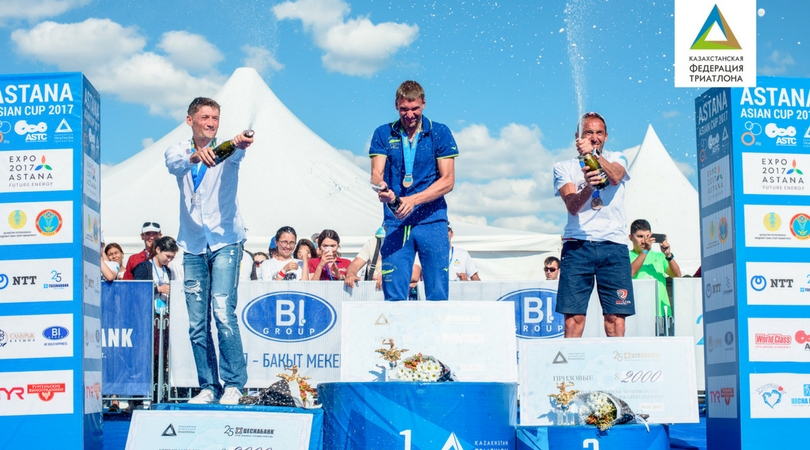 “On behalf of the Kazakh Triathlon Federation, I would like to welcome all participants, and congratulate organisers and spectators on the opening of the first national open championship. Long distance triathlon is becoming more and more popular all over the world and our country is no exception. Just yesterday, here at the capital’s triathlon park, you could all see the stage of the Asian Triathlon Cup, which is held under the auspices of the International Triathlon Union (ITU). The further stage of development and popularisation of this sport in the country could be only holding competitions under the auspices of the Ironman race,” Massimov said at the opening of the event on July 29.

According to Massimov, the long-term agreement was recently signed with the World Triathlon Corporation (WTC) to conduct the Ironman race series in the Kazakh capital. 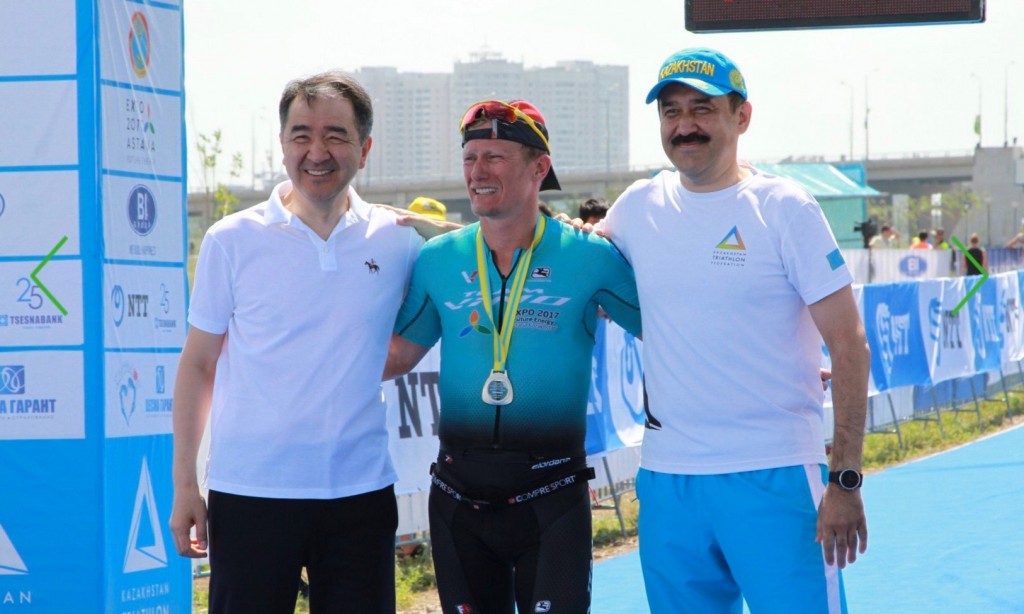 “Congratulations to all participants of today’s event! You have the rare chance to race along the route where the Ironman 70.3 will take place next year,” he said.

Some 200 athletes from more than 10 countries took part in the weekend event in Astana, according to the federation.

The Ironman 70.3, otherwise known as Half Ironman, is a long-distance, three-part triathlon race where 70.3 is the distance of the overall race in miles, which converts to 113 kilometres. The three parts are the swimming with 1.9-kiometre distance, cycling – 90 kilometres and running – 21 kilometres.

“The Half Ironman race is being held for the first time in Kazakhstan, so it was interesting to take part in it and support the sport in Kazakhstan,” he said as quoted by tengrinews.kz. “I gave it all I had. Swimming, of course, was hard for me, and, well, we [cyclers] seldom swim, so it went as it went. Cycling is my distance, it was easier, well, and running, we just ran. I finished the race in four hours and 23 minutes. For me, it is a good result,” the former Olympic champion added.

Vinokourov said it was his second triathlon race this year.

“My first race was in Dubai, today – here. I am glad for Kazakhstan, for Astana, that this movement is developing. Next year, we will already host the Ironman, so it’s great. My congratulations to the Triathlon Federation and Karim Massimov, they are really working hard. What’s more – no other Commonwealth of Independent States (CIS) has the Ironman status. I think next year there will be a big celebration and a lot more participants. This encourages young people to do sports. We support this sport. I am always happy to support any kind of sporting event in Kazakhstan, especially triathlon. In the future, maybe, it will turn out to be a complete distance, but so far it’s only a dream.”

Ivan Tutukin from Russia won the race among professionals. The second to finish was Maxim Kryat from Kazakhstan and Viktor Zemtsev from Ukraine came in third.