ASTANA – Soon after the collapse of the Soviet Union in the early 1990s, the entire Central Asian region became uncharted territory. Many young, ambitious entrepreneurs faced the challenge of exhausted markets in the then-volatile area, while investors were particularly sceptical about starting new ventures. 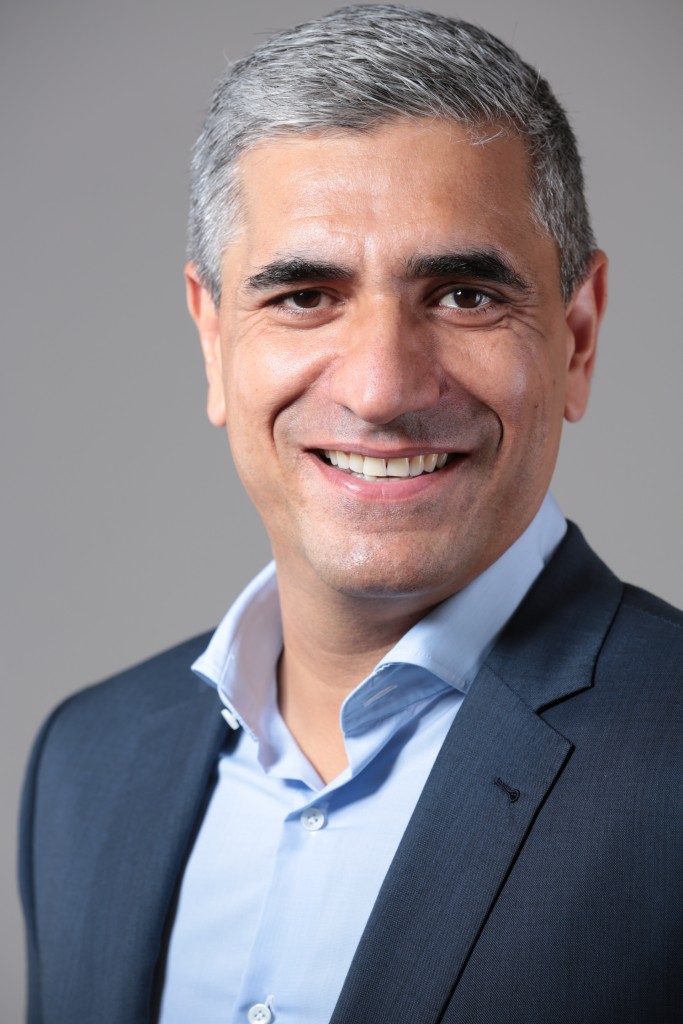 One man with his own vision, however, dared to found a transportation and logistics company that later turned into one of the largest in Eurasia. The Astana Times sat recently with Siddique Khan, one of the earliest industry investors in Kazakhstan, in the hope of understanding the secret of his success.

“I established Globalink in 1993, when I was 24 years old. I had a vision of the future of the transportation and logistics industry, particularly the development of the East – West, North – South and cross-Caspian Sea mobility corridors, connecting landlocked Central Asian and Caucasus republics with China, Europe and the Middle East into a seamless transportation and logistics network,” he said.

After investigating all the USSR breakaway republics, Khan settled in the Kazakh capital and established Globalink Logistics.

“Fundraising at the age of 24 for a start-up based on a future vision that no one ever heard of or believed in was not an easy task, but family and friends came through with seed investment which helped me launch the Globalink Logistics project,” he said.

Choosing Kazakhstan as a start-up base was not a “popular decision in 1993,” he added, as the majority of foreign investors were entering the Commonwealth of Independent States (CIS) market through Russia.

“Today, I can say we are truly privileged to be titled as the very first international transportation and logistics company in Kazakhstan. We have operations in nine locations in Kazakhstan, more than 28 locations in the CIS and as a company we are represented in 51 countries and growing steadily,” he said.

Surviving the first two-three years is crucial for any business and his company was no exception.

“In 1995, after we proved that, yes, we can sustain our growth and are able to cover our operating costs, we opened three more locations. In 1996, we launched two more offices and then we just kept on expanding in the region and beyond. In 24 years’ time from the date of Globalink establishment, we expanded our business from China all the way to Europe, across the Black Sea, the Baltics, the Balkans and Eastern Europe, connecting to Turkey, Iran and the Middle East, further going into India and Pakistan and now eyeing east Africa for expansion. We truly created a multimodal transportation ‘land-bridge’ between Asia, China, Europe, the Middle East and the CIS like no other private sector logistics company has done so far,” said Khan.

Today, Globalink Logistics is one of the largest multimodal transportation and logistics companies not only in the Eurasia region, but in the world market, he noted.

“Together with our long standing partner Kerry Logistics, we have merged our businesses and now operate under the umbrella of our Hong Kong stock exchange listed company. I continue to be one of the proud shareholders of the company and serve as CEO for Eurasia and Middle East. Under the umbrella of Kerry Logistics Network, we own and operate more than four million square metres of warehousing and terminal space, have more than 1,000 service points and employ 25,000 people in 51 countries worldwide,” he added.

Although Kazakhstan is neither one of the biggest contributors of global revenues nor the global headquarters of Globalink Logistics, Khan considers Kazakhstan his second home. His entrepreneurial achievements, however, were not the best outcome of living in the country of the Great Steppe.

Khan shared some key points why Globalink is among the leading transportation and logistics companies in Eurasia.

“For Globalink Logistics, every customer is a unique case study and source of learning. While we have many small and medium-sized businesses as our loyal customers in the CIS, the majority of our biggest revenue generators are the Fortune 500 companies having well-established global best practices that we focus on. Rather than modifying their logistical systems and standards region by region, we adjust our operating model to complement theirs. Rather than a one-size-fit all style, we always take a boutique approach and customise our service methodology to adapt to the needs of our customers. We thoroughly investigate our customers’ internal and external needs in regards to their supply chain, logistics management and compliance to develop fitting service solutions. Our backbone is our IT system – the one-stop-solution concept and our Global Network, which means we have technical, commercial and human resources on the ground in every major global market and trade centre of the world to serve our customers with utmost care,” he said.

“Our small and medium sized customers take enormous advantage of our adaptable, self-learning business model. We transfer general knowledge on best practices that we attain from our large-scale global customers to our local SME clientele to make their business model more efficient. The transfer of knowledge, localisation and education has indeed played an important role in our business development process. If you investigate Globalink as a start-up, we had mostly expatriate management, but today 99 percent of our workforce consists of national talent in every country we operate in,” said Khan.

Betting on the new talent, he believes, is the key for the future of Kazakhstan.

“Grooming and harnessing the talent is so important for businesses and governments alike. Change is the only constant in the world and the only way to cope with it is to develop a progressive education system, executive education programmes and a national talent pool that will face the future challenges with full confidence. If you want to focus on the future, the key is to have well educated younger policy makers, whose worldview is based on not only present but future realities. We must not dismiss the wisdom of the old school, but at the same time we need the inspiration of the new generation. I can already see the young akims (governors and city mayors), ministers and deputy ministers being appointed who hopefully will help realise the dreams of the President and the people of Kazakhstan,” he added.

The Kazakh government is continuously learning and taking steps to improve the country’s “ease of doing business” index managed by the World Bank Group, noted Khan. The government is also trying to enhance the competence of the national workforce. It’s a constant improvement cycle for which there is no short-term solution.

“Looking back some 24 years ago in Kazakhstan history, and this is coming from a person who has spent many of these years in the region, I can say that it is a real treat to see young entrepreneurs of Kazakhstan sitting in the lobbies of five-star hotels, working on their laptops and making business deals – we have come a very long way. We should stop here for a moment and be proud of what the people of Kazakhstan have achieved in such a short time. While we are aiming to have much more, which is a natural human desire, we must also ask ourselves, ‘which way do we go from here?’ And this is where I want to emphasise that improvement is a never-ending cycle,” he said.

Khan noted the Western China – Western Europe transportation corridor is a great opportunity for Kazakhstan which will help improve the business environment in the regions. This greatest opportunity must be inclusive, where private sector participation should be encouraged by the government by developing public-private partnerships and funding institutions.

He added the Nurly Zhol and Belt and Road initiatives are truly complementing one another. Both go far beyond logistics to focus on the overall development of infrastructure, transportation corridors and industrialisation.

“It is a win-win cooperation,” he said.