By Anuar Abdrakhmanov in Sports on 7 August 2017

WARSAW – FC Astana surprised many by beating Legia Warsaw 3:2 on aggregate in the UEFA Champions League’s third qualification round. The victory means that the Kazakh club will next play in the Champions League qualification playoffs with a chance to reach the tournament’s prestigious group stage, or, if eliminated, the Europa League. Either way the local fans will enjoy at least eight more international matches before the end of the year, four of them at the Astana Arena. 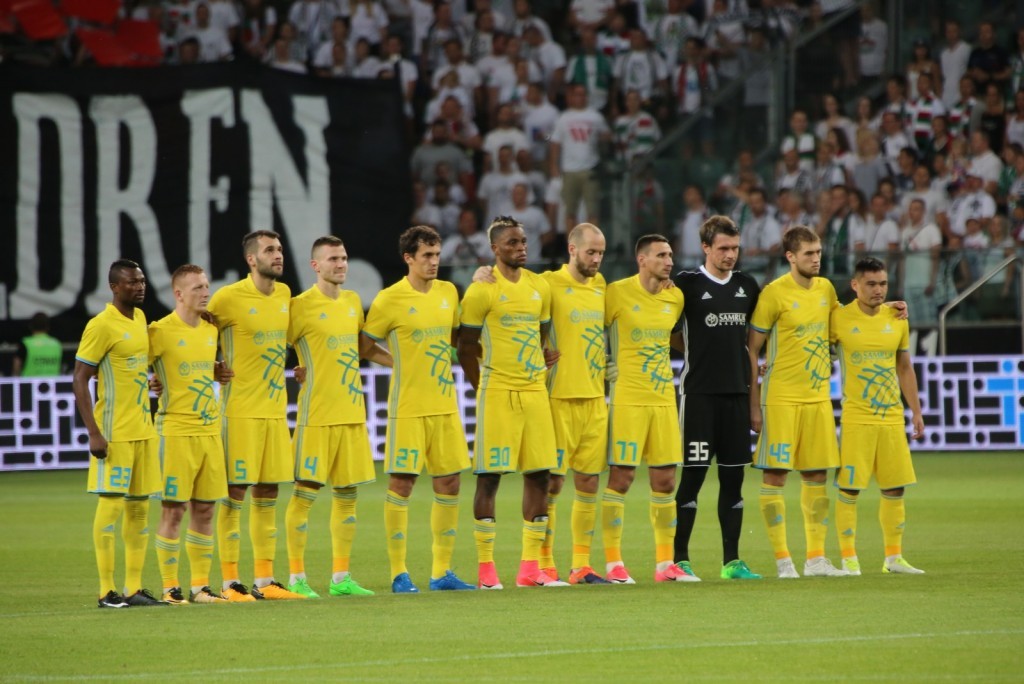 In the entertaining first match on July 26, FC Astana secured an impressive 3:1 home victory over the Polish champions. Junior Cabananga and Ivan Maevski both scored with low shots late in the first half, before Legia’s second-half substitute Armando Sadiku reduced the deficit and Patrick Twumasi restored a comfortable lead for the Kazakhs in the dying minutes of the match.

At the Polish Army Stadium a week later, the main task for Astana was to safeguard its well-deserved advantage. However, the coaches and the squad realised it would not be an easy task in the face of such a strong opponent as Legia, especially with the incredible support the Warsaw club enjoys on its historical home ground.

The game started with the tribute to the memory of the victims and participants of the Warsaw Uprising against the Nazi occupation that broke out on August 1, 1944. Those tragic events have a very special place in the history of Poland. The Legia fans prepared a special banner, which would not leave anyone indifferent. A phrase on the banner below the image reminded viewers that 160,000 people died in the uprising, including many children.

Despite full stands occupied by Polish fans, Kazakhstan’s champions had some support as well. About 100 Kazakhs who arrived at the stadium cheered for Astana.

The home team went on the offensive from the very first minutes. Sadiku earned himself some operating space again and shot into the near corner of Alexander Mokin’s net, but Astana’ goalkeeper neutralised the threat. The Kazakhs’ response was dangerous too, but Mayevski’s shot, completing a combination started by a corner kick, failed to hit the net. Throughout the first half Astana was good both in defence and attack. Meanwhile, Legia created a few more chances of its own and in one of them Mokin deflected well the shot by Michal Kucharczyk.

In the second half, Legia intensified its offensive on the visitors’ goal. That was probably why Astana’s manager Stanimir Stoilov decided to strengthen the defence, substituting forward Roman Murtazayev with midfielder Abzal Beisebekov. A couple of minutes later, Astana was forced to make an emergency substitution. Yevgeny Postnikov went in instead of Marin Anicic, who got injured.

In the 75th minute, the Polish team finally got its way and scored. After a corner, Jakub Czerwinski made a shot, adding some drama to the final minutes of the game. FC Astana tried their best until the end of the match and did not let the Poles score another goal. The match ended with a 1-0 victory for the Polish club but the result meant that it was the Kazakhs who went through to the next round of the Europe’s main club tournament. 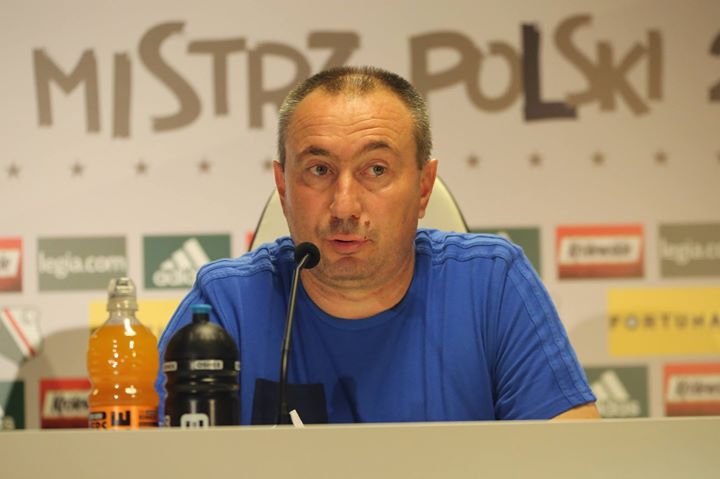 “It was not our best match, but our players did their best. There was great atmosphere in Poland. Legia is a strong team, and defeating them is a big success. I want to congratulate our entire club. This is a good achievement for the whole Kazakhstan. We knew it wouldn’t be easy. I always said that when the level of Kazakhstan’s championship improves, and every match is as difficult [as the one we had] with Legia, then it would be easier for us to play in Europe. Once again, I would like to thank all fans of our team who cheered for us. FC Astana is quite a new and young team, but over these years we have made significant progress in the European football,” said Stoilov.

The draw for the UEFA Champions League playoffs took place Aug. 4. According to it, FC Astana will now play Celtic Glasgow. The opponents are well known to Kazakh fans in recent years, as FC Shakhter Karaganda and FC Astana both failed to eliminate the Scottish champions from the tournament’s qualification rounds in 2013 and 2016 respectively.

The first match will take place Aug. 16 at Celtic Park while the return leg is scheduled for Aug. 22 at Astana Arena. The Kazakh fans’ hope is that the capital city club will be victorious once again and see the team’s return to European football’s most prestigious club tournament following their debut in it two years ago. In the worst-case scenario, FC Astana will head to the UEFA Europa League where the club played last year.