ASTANA – EXPO 2017 has had a significant economic and promotional impact, including increased product sales, restaurant visits and thousands of social media and news organisation mentions. 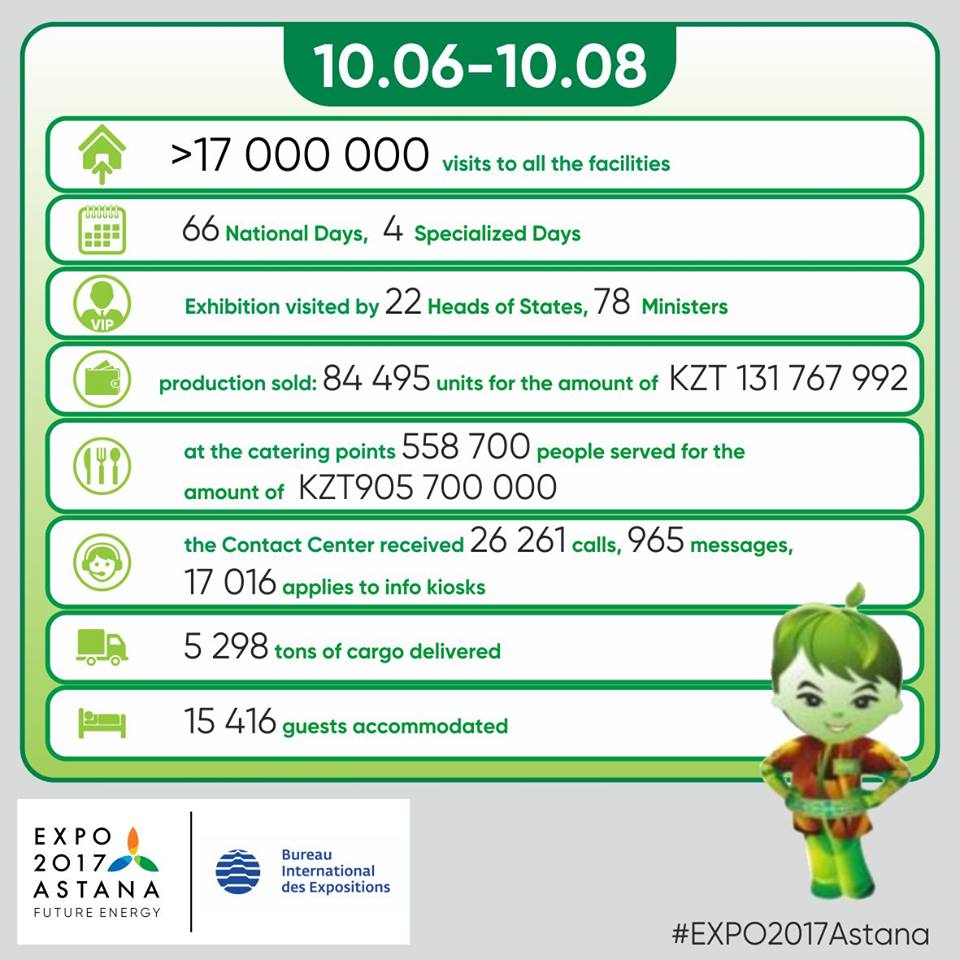 The expo’s logistics centre has also delivered 5,298 tonnes of cargo to international pavilions and more than 537 tonnes of products have been delivered.

The expo has also hosted more than 160 thematic events including congresses, conferences, forums and master classes, including 66 national days and four specialised days.

All of this activity has resulted in the exposition being mentioned 687,209 times in social media and 15,410 times in the mass media from June 9 to Aug. 10.

This volume of activity has also required significant logistical management.

From June 10 till Aug. 14, the expo centre received 26,261 calls and the information centres accepted 17,016 calls. Approximately 4,860 visitors have applied for medical assistance, 49 of them were hospitalised. The main causes were allergy, high temperature and diseases of the circulatory system.

Within two months, 867 lost items were found, 273 of which were returned. Approximately 1,789 incidents have been registered at the expo’s security centre, 26 of which were crimes, relating primarily to petty thefts. The event is being monitored through security cameras and 250 suspects have been identified.

In total, more than 70 million people have visited the exposition, including 22 heads of states and governments and 78 foreign ministers. The Plaza Africa, representing 22 countries, is the most visited pavilion at the exhibition. It was visited by 659,452 people. The Egyptian pavilion is in second place with 608,733 visitors. Turkey is third at 596,462 visitors.