ASTANA – Minister of Education and Science of Kazakhstan Yerlan Sagadiyev presented a report Aug. 15 on preparations for the new 2017-2018 academic year and assured his ministry is prepared for the coming year. 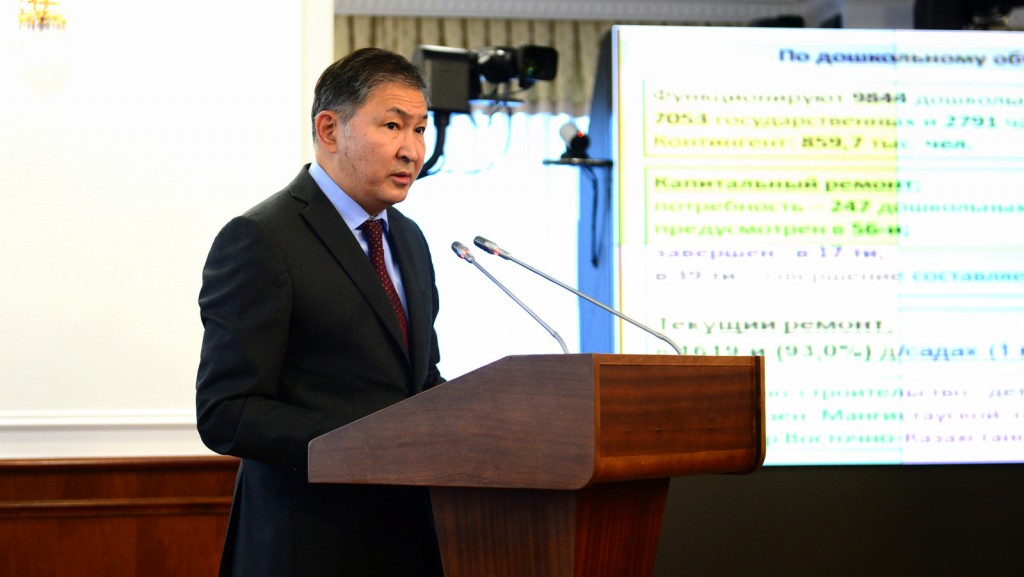 During the meeting of the government chaired by Prime Minister of Kazakhstan Bakytzhan Sagintayev, Sagadiyev explained that the main conceptual decisions were adopted last year. Therefore, the tasks of the current and next years will be to yield results from those previous decisions.

“One of the tasks in this direction is to prepare for the implementation of the zero class in all kindergartens and schools in September 2019. This is the successful approbation of the programme named Alippe and the improvement of the qualifications of teachers and bringing the regulatory framework in line with the 12-year training cycle of 0+11,” Sagadiyev said as reported by primeminister.kz.

Schools still focus on the transition to the new updated content, a transition that commenced last year. This year the second, fifth and seventh grades will also transfer to the new content system.

The ministry is also launching a pilot project conducting classes in English. More than 1,500 teachers, who have completed language courses, are involved in this project.

“Another important direction is further formation and strengthening of the school boards of trustees, the transfer of ever more extensive powers to them and the systematic expansion of the academic, managerial and financial freedom of schools under the supervision of the boards of trustees,” the statement said.

One of the top priorities relating to higher educational institutions is a goal to pass a law that will allow the professional community, employers, together with the Atameken National Chamber of Entrepreneurs (NCE), to form a real register of educational programmes of Kazakh universities in terms of their quality, modernity and relevance in the market.

“Work in this regard has already begun: the register of IT specialties, together with the NCE will be presented in the near future. This will remove poor-quality and obsolete educational programmes from the market,” the report noted.

The academic independence of higher education institutions and the strengthening of supervisory boards as a form of strengthening public control were also part of the agenda.

At the end of the report, the minister stressed that the educational system is “ready for the start of the academic year” and extensive explanatory work will be carried out on all issues.