ASTANA – The Eurasian Economic Union (EAEU) will have a common pension space soon, ensuring equal pension rights for people across the union. Сitizens of five EAEU member states Armenia, Belarus, Kazakhstan, Kyrgyzstan and Russia will also be able to use their drivers’ licences in all member-states, as work is underway to finalise legislative issues on national level. 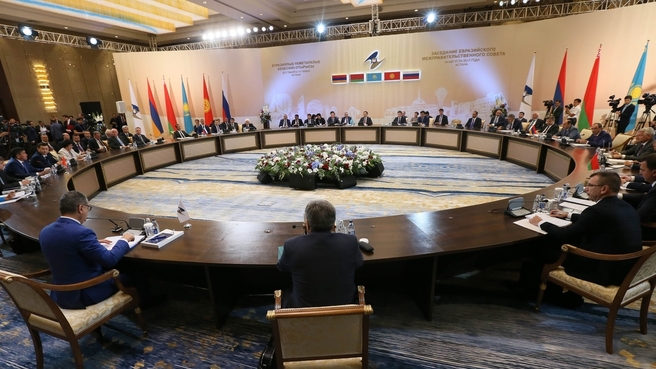 “We need to address some issues related to a common labour market. We have also discussed the agreement about pensions during a narrow-format meeting. Problems with the recognition of qualification arise on the national level. We have also this problem with the drivers’ licenses. I believe that taking into account opinions voiced today, the decision will be made in the nearest future,” noted Sagintayev addressing his colleagues, as reported by inform.kz.

The document comes at a moment of increasing labour integration of the member states. It will allow citizens of five countries to work in any of the union member states without losing pension savings and work experience.

Yet, the process is going slow, according to Belarus Prime Minister Kobyakov. “It seems that the work on the agreement about pensions is not going as fast as it should. Millions of people are waiting for this agreement who do their work in several member states. The issue is sensitive, but the interests of people must be protected at the most taking into consideration the financial capability of our countries,” added Kobyakov.

“A positive growth in trade volumes within the EAEU and with other countries demonstrates the result of our joint efforts. More than 8,000 joint ventures are working in Kazakhstan and I believe this is a good indicator. We will be happy to further expand the list,” added the Kazakh prime minister.

Head of the Russian government Dmitry Medvedev agrees with his colleague. “The economic data that we have reveals concrete results of our joint work and these results are good,” said Medvedev.

In the first four months of this year, the internal and external trade volumes grew 25 percent, while exports increased 10 percent, according to Medvedev.

At the same time, the share of energy products in exports is declining, which makes trade more balanced, noted the Russian prime minister.

The general trade patterns could be improved once 60 obstacles identified by the union are eliminated.

“We need to have a reasonable approach to eliminating the obstacles in bilateral and multilateral trade. It should not be done only on paper. We need to carry out this work well, but also to comply and implement the terms of the EAEU agreement. Time and situation do not stand still. We need to continue working also in other directions of our cooperation, including digital agenda,” Sagintayev said.

He also noted a good pace of work that enables to review and respond timely to its most acute issues.