By Zhanna Shayakhmetova in Business on 10 August 2017

ASTANA – The Development Bank of Kazakhstan (DBK), a subsidiary of Baiterek National Holding, is seeking to provide financing for 13 non-oil exporters as part of the Nurly Zhol initiative 2015-2019 aimed at increasing production and exports. At an Aug. 4 press briefing in the capital, the bank presented a special programme to support exporters providing revolving loans for a period of up to 36 months with a reward rate of no more than 9 percent per annum. 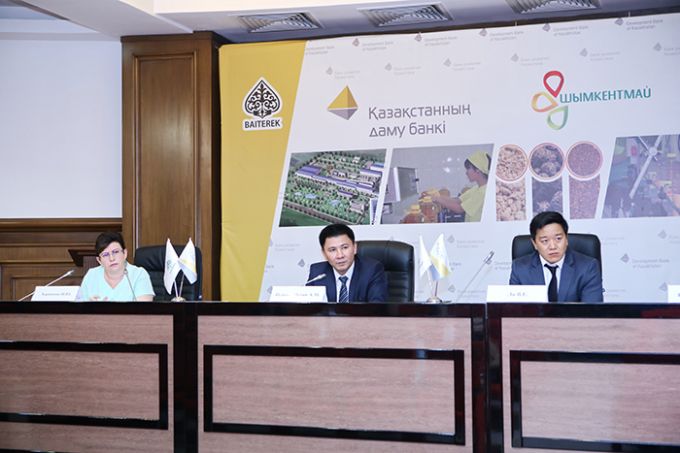 During 2015-2016, the bank allocated 65 billion tenge (US$195.4 million) from the National Fund in three tranches, said DBK Managing Director Adil Ismagambetov. The bank also attracted an additional 30 billion tenge (US$90 million) by issuing bonds in the domestic market last year.

The bank has 8 billion tenge (US$24 million) from issuing bonds which it plans to invest before the end of the year.

The export proceeds of DBK’s borrowers increased 269 billion tenge (US$808.8 million) for the period from 2015 to the first quarter of this year.

Ismagambetov said the number of export loans in the processing industry “has significantly intensified” during the past three years. The bank provided 14.2 billion tenge (US$42.6 million) in pre-export financing to two companies in 2013-2014. It has supported 13 borrowers with 223 billion tenge (US$670.5 million) from 2015 to the first half of 2017.

Such dynamics are primarily attributed to the fact that Kazakhstan has established a system of state support for non-oil exports.

In October, the financial institution revised the lower threshold level of export loans taking into account the needs of borrowers. Currently, the threshold stands at 1 billion tenge (~US$3 million) instead of $5 million.