By Dana Omirgazy in International on 24 August 2017

ASTANA – Six riders with the international organisation Bike for Peace (BfP) started a tour along the Bishkek-Almaty-Astana route Aug. 20 in advance of the Building a Nuclear Weapon-Free World international conference in the capital. This year’s 10-day peace initiative unites five Norwegian riders and Ukrainian writer and activist Anastasiya Odnoroh. 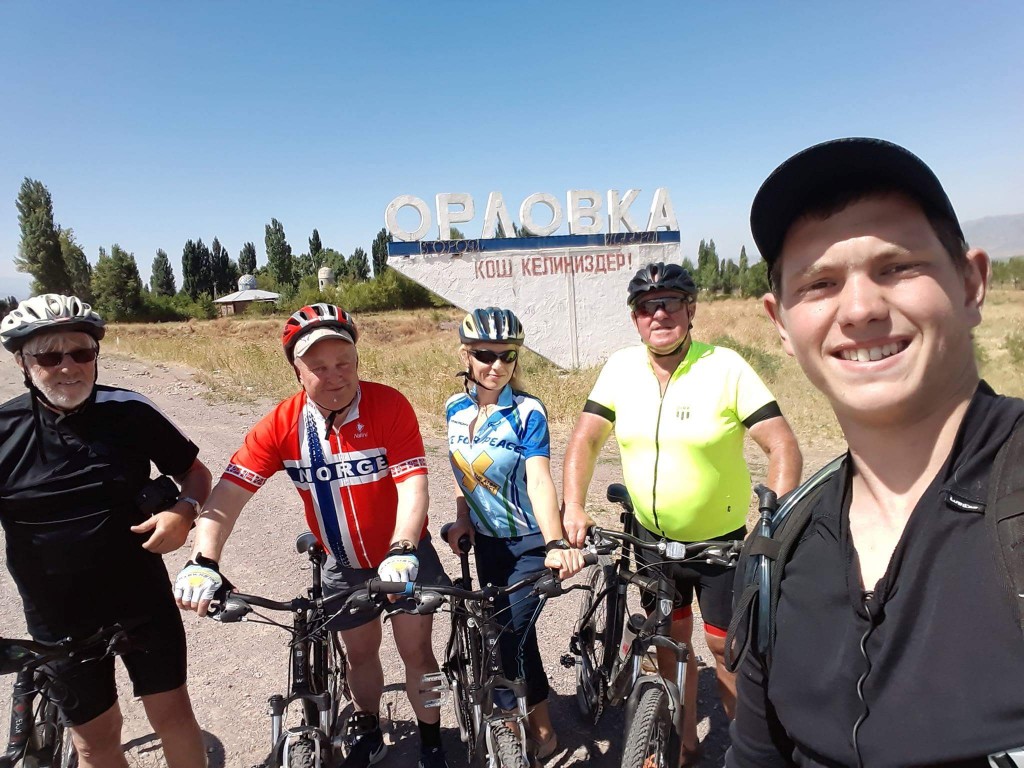 “For a long time, I was engaged in public activities. Gradually, I began to study the experience of international peacekeeping organisations and thus learned about the activities of the Norwegian organisation Bike for Peace, which through sport carries the idea of ​​peace and nuclear disarmament,” she said in an interview with The Astana Times.

Tore Naerland, the organisation’s permanent leader, has been conducting races in different parts of the world for the past 40 years. Any volunteer, sportsperson, activist, public figure or concerned individual can participate in the rides.

“Thus, we remind the world and ourselves that despite conflicts, everyone wants peaceful coexistence and a peaceful policy based on non-violence. All these years the motto of the organisation remains unchanged: A World without Nuclear Weapons,” she added. 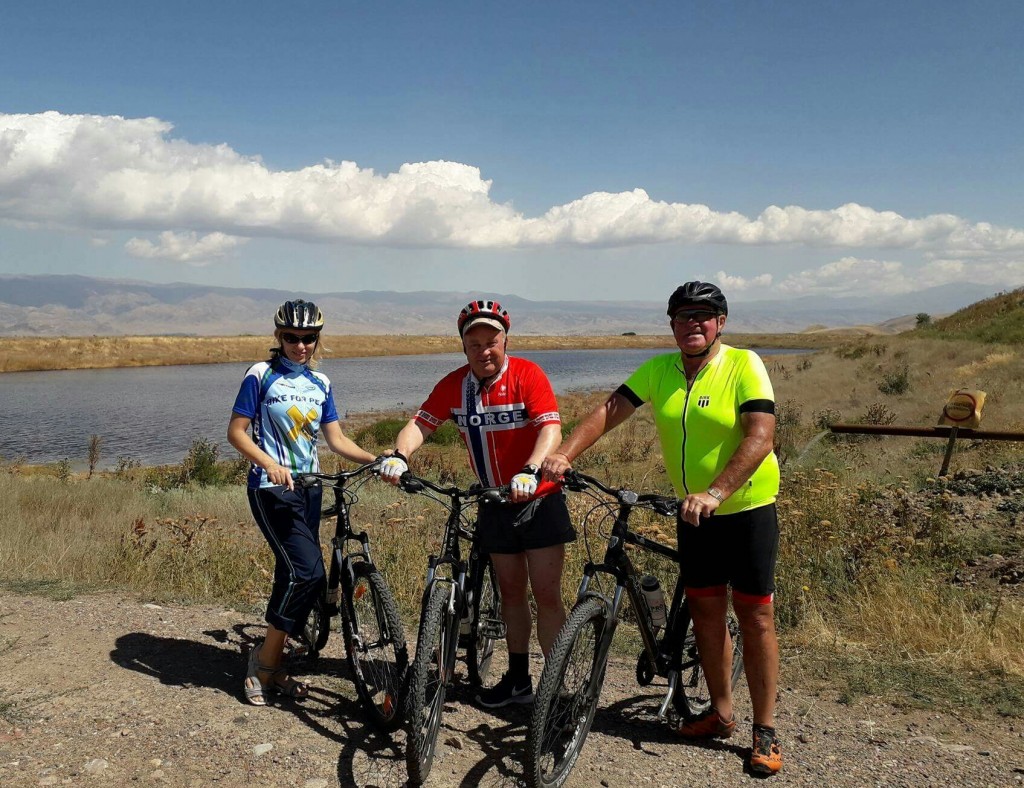 Odnoroh is the author of “Farewell to Arms or Three Ways to solve conflicts Without War,” a book where she raises issues of peace without violence.

“I became interested in this topic with the beginning of military operations in the east of Ukraine. Trying to find the answer to the question of whether it is possible to achieve peace by nonviolent means, I discovered for myself a very interesting topic of the philosophy of non-violence, which was not known to the general reader,” she said.

She is working on her doctoral dissertation on the topic and studying the experience of the international peacekeeping movement to understand how it is possible to solve conflicts in international hot spots without using weapons and violence. 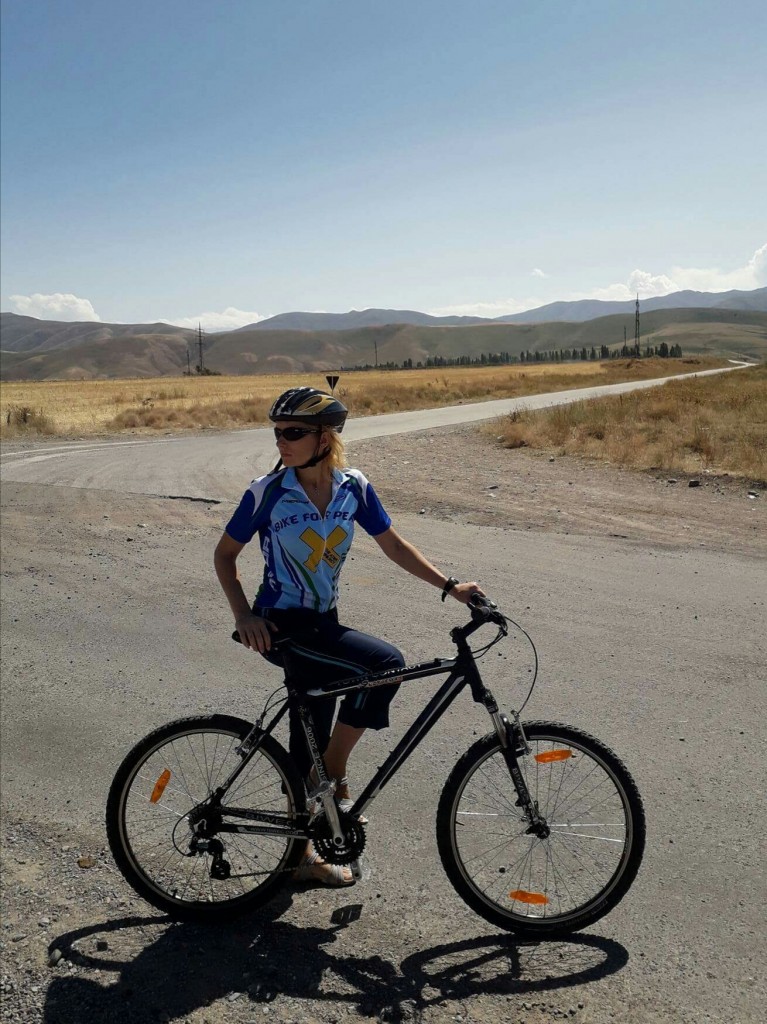 “To some, such an approach may seem idealistic, but it turned out that world history knows enough examples when a non-violent way was used to actively and effectively solve various issues, including military conflicts. I wrote my book because I want as many people as possible to learn about this ‘ordinary miracle.’ I believe that the philosophy of non-violence must necessarily be studied in schools and universities,” she added.

This year’s BfP tour was organised in cooperation with the Kazakh Embassy in Oslo.

“The tour started in Bishkek, Kyrgyzstan, where we visited the villages of Kokzhar, Chong-Kemin and Rot-Front. Then, in Almaty we will visit the Medeo Skating Rink and we are going to visit EXPO 2017 in Astana on Aug. 28. The next day, we will participate in the International Nuclear Disarmament Conference with the participation of President Nursultan Nazarbayev,” said Odnoroh. 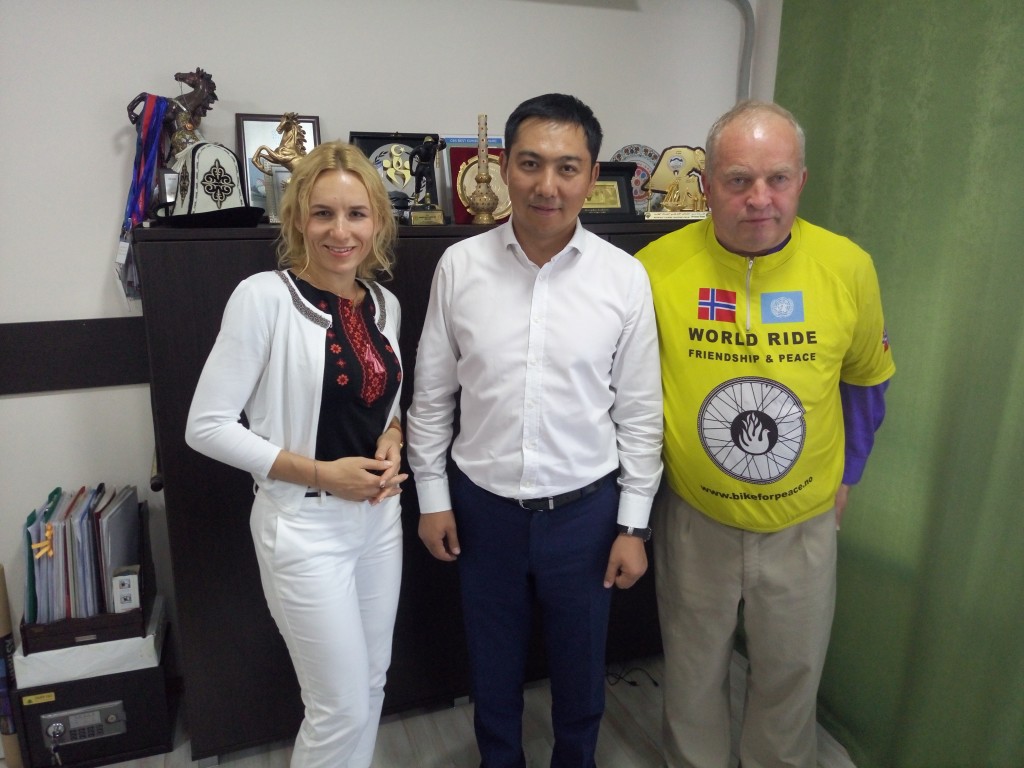 The trip is BfP’s third to Kazakhstan since the launch of the campaign against nuclear weapons in 1977. Naerland is inspired by Kazakhstan led by Nazarbayev and his action to rid the country of all nuclear weapons. It is a great message to the nine countries known to possess nuclear weapons, he noted.

“Since its independence in 1991, Kazakhstan could have become a country with the world’s fourth largest nuclear arsenal, but it destroyed all 1,500 nuclear weapons after the Budapest agreement. BfP admires the country that made this choice and the nine nuclear powers should follow this example. The aim is to establish international law prohibiting such weapons,” Odnoroh added.