ASTANA – An online vote called Yenbek Zholy, to determine the best employee of the capital, will be held among the employees of various enterprises from Aug. 1 to 31, the media centre of the Astana akimat (city administration) reported. 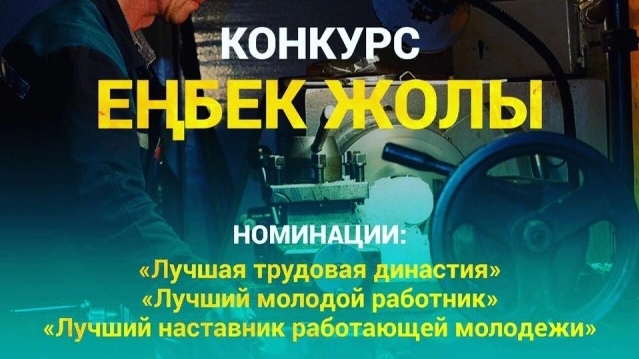 Twenty-three applications were submitted for participation in the contest between May 20 and July 20.

“The Yenbek Zholy contest is held for the second time and consists of three nominations: The Best Labour Dynasty, The Best Young Production Worker and The Best Mentor of Working Young People. The selection of winners will be held in two stages: at the city and national levels, the first stage of voting started Aug. 1 and will end Aug.31,” said Makpal Akbasova, acting head of employment coordination department.

The Best Labour Dynasty award will be given to the most numerous labour dynasty of the capital with the longest working experience and the greatest number of awards.

The Best Young Production Worker will be given to the most hardworking employee with an experience of no more than five years.

And The Best Mentor of Working Young People award will be bestowed on the most effective mentor with an experience of at least 20 years.

The online voting will determine the top three contestants in each category, who will have received the maximum number of votes (nine applicants). At the second stage, the regional commission will determine the winners of the competition from each of the three leaders.

The award ceremony will be held on the day of the national forum Towards a Society of Universal Labour. Winners will be awarded with valuable prizes and diplomas. All participants will receive letters of gratitude.