ASTANA – The Lermontov Russian State Academic Drama Theatre from Almaty presented two of its most exciting and innovative stagings of the year in Astana Aug. 22-23 under the EXPO 2017 cultural programme, according to the theatre’s press service. 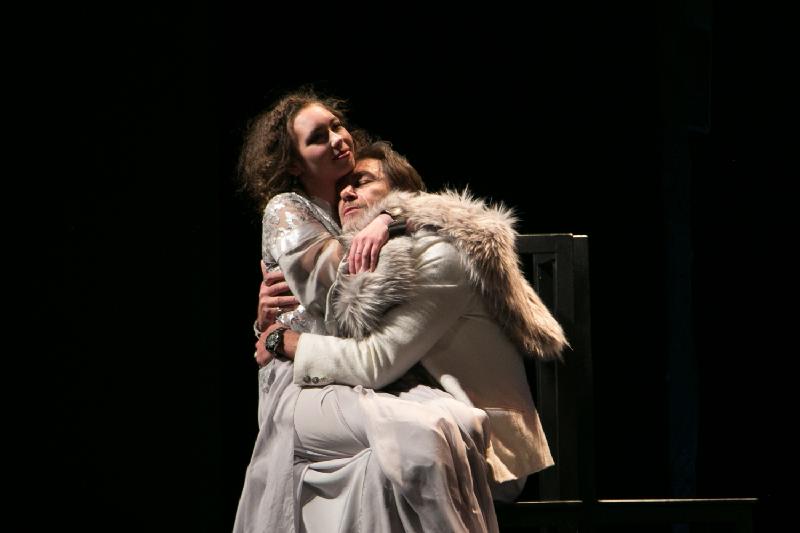 The unique performances, based on Russian classics known to every student, caused a stir in the theatrical circles of Almaty last spring. The premieres of “Masquerade” and “Woe from Wit,” directed by invited masters from Germany and Russia, were triumphant.

Now, Astana residents and guests of the expo have had the opportunity to enjoy these works on the stage of the Astana Ballet Theatre.
“The repertoire policy of the Lermontov Theatre is aimed at implementing the programme of modernisation of public consciousness initiated by President [of Kazakhstan] Nursultan Nazarbayev. The choice of these two works is dictated by the need to give the Russian classics a new, modern sound,” the theatre representatives explained.
Director of “Masquerade” Dmitry Bilov is already familiar to Almaty theatre-goers for the performance “Andalusian Curse.” In Europe, he is known also as a successful artist, and has had exhibitions in the Louvre. The show’s artistic director is honoured worker of Kazakhstan and State Prize of Kazakhstan laureate Vladimir Kuzhel. The costume designer is Lubov Vozhenikova.
The tragicomedy “Woe from Wit” focuses on deep and serious topics: internal emigration, the conflict of fathers and children and the tragedy of a lost generation.
“Woe from Wit” was directed by Gulnaz Balpeisova, one of the most fashionable young directors in Moscow and a student of one of the most talented film directors of our time, Rimas Tuminas. For the “Woe from Wit” production, the theatre purchased modern lighting equipment and invited lightning designer Narek Tumanyan, who has extensive experience in the Bolshoi Theatre of Russia, to work his magic. The production designer is Sergey Melzer, and costumes were designed by Lubov Vozhenikova.
The performances featured honoured figures and artists of Kazakhstan Marina Gantseva, Sergey Ufimtsev, Valentina Zinchenko, Anatoly Krezhenchukov, Mikhail Tokarev and Dmitry Skirta, and young actors Victoria Pavlenko, Roman Zhukov, Kamila Ermekova, Irina Kelbler, Rauf Habibullin, Arlan Kassimanov and others.